Get Your Inner Power Back! 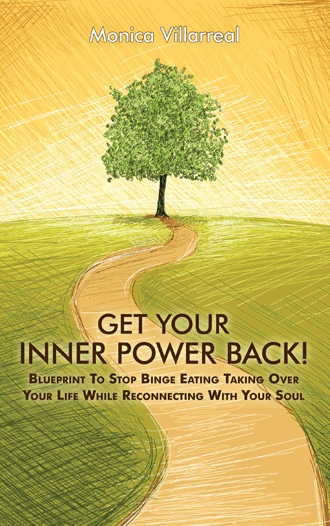 1978. It is about 9:00pm and the kitchen is dark. We had supper about an hour ago and mom and dad are upstairs reading and watching a TV program. The house is quiet but inside me it is not. I am thinking over and over again about “that” delicious bread my dad brought from our favorite bakery … a local bakery located near the hospital where he works and which every single day sees freshly baked loafs of bread flying out the door. Sometimes they barely make it from the oven to the shelves! Gathering my thoughts and visions I go to the kitchen and open the pantry door, turn on the light and climb onto the shelf to be able to reach the bag which is… Up there! While I am climbing, I remember that there is also this super tasty orange marmalade that has little delicate rinds in it and think about how really well it would go with the bread and homemade butter that is in the fridge. Hmmm, my mouth is watering by now and I cannot wait to put them all together. I am 9 years old, have a slim frame, tons of freckles and more than plenty of curly and unruly hair that my mom finds so hard to control that it often drives her crazy. She hates seeing me with all this hair in my face and not being able to see my eyes. As soon as I reach the bag, I undo it, leaving it wide open, get the marmalade, the butter and a knife and position myself in front of it all to start my feast, right there in the pantry. I cannot wait to taste these glorious foods. I start diving into the bag and eat three or four buns with generous amounts of butter and marmalade. It feels good to me. I feel like I’m in heaven. I think that my whole being is happy now. This became a routine for me and I wonder if my mom ever noticed the “disappearing” buns. It is a shame that I cannot ask her because she has already passed away. I wonder if she suspected it was me or if she thought it was my brother, my dad or perhaps the live-in maid. I do not recall hearing anything about it. As I grew up I became very fond of all kinds of cakes, chocolate brownies, chocolate glaze, crackers filled with cream, ice cream and so on. By my early twenties I had fallen in love with something I discovered on my frequent trips to Miami after I became a flight attendant: key lime pie. Every time I landed in Miami I “had” to have a slice of key lime pie. In no time and with little effort I gained about 20 pounds and looked quite full and rounded. I continued devouring sweets here and there and since for the most part I ate healthily, didn’t drink or smoke, I thought I was doing just fine but, by my mid-twenties, I started to feel very tired, nauseated, dizzy and even fainted several times. No, I was not pregnant, although my father had thought of that. A 4 hour blood glucose test revealed that I had a serious case of hypoglycemia. I stopped eating sweets cold turkey because I was scared that I would become diabetic and perhaps experience a diabetic coma. I lost 10 pounds in the first week and some more afterwards. For five years I didn’t touch sugar and also limited my intake of carbs. After that I reintroduced them slowly into my diet and ate them a bit sporadically with no evident side effects. I went on like this for some years but in 2007, while eating out, I started to have a bit more, and a bit more each time. What I thought I had under control was getting out of control again. I was not aware of it because it was gradual and I was not fainting or feeling sick. Time passed by and summer arrived. By then I started experiencing hormonal imbalances, which I had never had before, and then little by little, all sorts of symptoms showed up: digestive problems, food allergies and intolerance, weight loss, extreme fatigue, generalized body pain, insomnia, irritability, anxiety, panic attacks, eye pain, and loss of motivation, concentration and focus. By the end of 2008 I had lost 22 pounds–and that was not the end of it. By that time my stomach was barely accepting water. I would get bloated and experience heartburn easily so herbal teas were my best friends for a while. What I was eating was mostly vegetarian and I became very fond of light soups and congees, even for breakfast. I was also eating gluten-free and raw foods and doing some juicing. (You will be able to read more in detail my whole three year journey in the latter part of the book.) It Came Back!

Are you or someone you love dealing with food addictions or binge eating and wanting to regain the enjoyment of food, inner peace and balance? Get Your Inner Power Back! offers a simple, pleasurable, and very effective blueprint (based on the author’s true story) of 20 steps, easy-to-follow, to overcome food obsession and compulsive eating, while uncovering the core issues involved. If you want to learn about the connections between your relationship with food and the way you see yourself… If you wish to tap into your inner wisdom to clearly understand what is truly going on… If you desire to get your Divine power back once and for all… this book is for you. Get Your Inner Power Back! is a book that goes beyond food and provides much more than 20 simple practices that work. It’s a book that offers you the possibility to get deep and life changing insights that will assist you in your journey to restoring and strengthening your spiritual, emotional and psychological health.

Villarreal holds a bachelor degree in Psychology and one of her passions is to encourage others to appreciate who they really are and help them fulfill their full potential. Her writing style is realistic, simple and entertaining, which can make the reader relate to it. She enjoys, and strongly believes in the power of story-telling, and often uses stories to illustrate her life's journey and the insights and reflections obtained out of it.