I will be Home in 20 Minutes 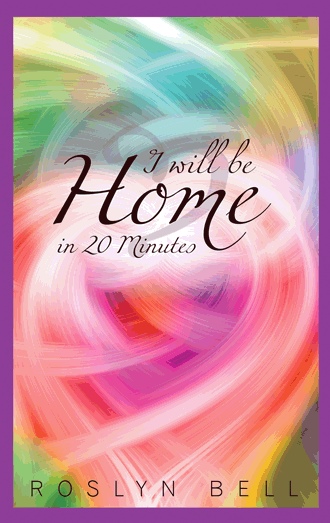 I came from a family of six children. Four girls and Two boys. I was the second eldest. We lived in a small village called “Glenanne” (which is in Northern Ireland about 100miles from Belfast heading south) in a close-knit community where everyone knew each other. There was a primary school in the village, a shop, postoffice and a linen factory. A lot of people who lived in the village were employed in the Factory my dad was as a young boy but later ventured out into business himself. My mother worked in ladies’ fashions although, became a housewife after my arrival.

My elder sister was very shy and would not venture to anything other than school until I was old enough to accompany her. As for me, a year and a half her junior, I could not wait to grow up, I was excited to get out there into the real world - it was a big adventure to me.

My earliest memory of my quest for excitement was when I was Three years old. I couldn’t wait to go to school. Every day my older sister would get all dressed and go off to school to write and draw pictures. She even had a school bag, pencil case and a reading book. I so wished I could go instead of staying at home with mummy and the baby. So I made a plan, most mornings after Yvonne went to school I would go and visit my grandmother who just lived a few houses away. On one particular morning I decided to take action. I got my slippers on, red with a zip up the front and didn’t brush my hair, as I was in a hurry. I had more important things to do! I rushed out the front door as my mum watched me (as she always did) until I reached Granny’s door. That morning I opened it very quietly and went in, then waited until I thought mum would have gone back into the house, content that I was safe at Granny’s. But I had other plans. I gently opened Granny’s door and crept back out. I ran up to the hedge that ran all the way across the front of our garden all the time crouching down below the hedge in case my mum would be looking out and see me. I then made my way up to the entrance path to our house, dashed across that to the end of the row of houses, and turned right up the school path, through the gate and into the playground. I didn’t stop for a breath until I reached the big entrance door. I was so excited with my heart pounding in my chest. I can still remember thinking, “I have made it!” With a bit of difficulty I opened the big heavy door and entered into the silence of the corridor, walked past the cloakrooms for the girls and then the boys. I stopped for a minute to admire the coats on the hooks and wished I had one on them.

When I got to Yvonne’s classroom, my heart was pounding even more. Before I knew it I had opened the door and was standing just inside it, frozen to the spot. The teacher came over; she knew who I was. She took me by the hand and give me a chair beside my sister. Then she give me a pencil and a piece of paper… OH! was I in heaven. I was so pleased with myself! I was drawing like the others and having a wonderful time, but when you are enjoying yourself it always goes too quickly. Before very long there was a knock on the door. It was my mum, who was relieved to find me, sitting beside my sister with my slippers on and my hair not brushed. I remember feeling as if my bubble had burst when my mother signalled with her finger that I was to go home with her and baby Alison. My first adventure was over.
At age seven I joined the Brownies, my older sister was who was eight and a half by then and still shy, waited until I was old enough to join and we started together. By this time I had mastered going on lots of adventures on my own and now I was more than happy to take her by the hand. I had now progressed from going out on my own to having the responsibility of taking someone with me.

The day arrived and again as with everything in my life it seemed like another big conquest. My mum drove us both in the car to the neighbouring village of Mountnorris, where the Brownies meetings were held. When she parked the car, we got out. She said “Come on, girls” at that moment, my sister slipped her hand in mine and I told her it would be fun, but my legs were shaking and my heart was thumping with excitement and nerves, at what would be happening in this big hall we were about to enter. When we got into the hall, it seemed bigger than it looked outside, and all the girls were standing in rows in their uniforms of brown dresses. At this point even I felt scared; I did not know anyone and there just seemed to be so many of them in all lined up. The teacher came up to us, introduced herself, had a quick chat with my mum, and gently took us by the hand to the front of the rows. She announced to everyone that we had just joined and to welcome us. She then directed us to the end of a row of girls, which we later found out to be a patrol, or team. Each patrol had a name and ours was Primrose. At the Brownies we learned lots of things - sewing, knitting, cooking, camping, and badge work that gave you a sense of achievement.

This book takes you on the personal journey of Roslyn Bell (the author) from marrying her childhood sweetheart, giving birth to her children and building their dream home.

But the perfect fairytale life was soon to be taken from her. On the way home from work as a heavy thunder storm breaks, when she rounds a corner the car aquaplanes across the road hitting a tree, which almost kills hers. The aftermath takes her on an incredible physical journey to learn to walk and the challenges that twist and turn as she grasps for a life she no longer has. With the physical scars under control the mental scars start to appear and again she is wrecked in mental state and inwardly she is in turmoil. In her quest to feel free her mirage breaks down with her fleeing her husband and taking her children in an attempt to feel better, this takes her to very dark places and leads her to doubt would she ever fully recover. However, something deep inside, her knowing spirit recognises that she may have fallen down but she was not broke. As uses all her incredible strength to re build her life both physically and mentally.

As her mirage comes together again and life is getting more joyous on a routine check up she is diagnosed with cervical cancer, this time she recognises her choices and vows to live her life to the full.

Within 9 months of surgery she has bought a shop, opened a ladies boutique which brings her a sense of purpose, allowing her to feel her self worth as she takes joy in serving. In her attempt to make a secure life for her family she soon expands into property to rise beyond her wildest dreams.

This fasinating true story will keep you on the edge as the author takes you from the very low to the high of her journey.

Mumpreneur Roslyn Bell Offers Lessons of Survival, Courage and Hope Roslyn Bell has a vivacious charming personality and takes you on her powerful journey of how a brush with death in a horrific car crash and overcoming major surgery for cervical cancer, made her determined to fulfil her dreams and make the most of the gift of life. The turmoil she had to overcome, which was not just physical but mental shows the inner strength and courage that she found to lift herself and her life. Her courageous story is living proof that you can bounce back from terrible adversity and triumph she tells how she built up a successful business where she inspires you by using her own adversities and challenges of life as examples to go and live the life you are destined to live. Sharing her considerable business acumen, the importance of family bonds, self-healing and helping others