Demonstrate your infinite possibility by using art to examine, enrich, and expand your environment. 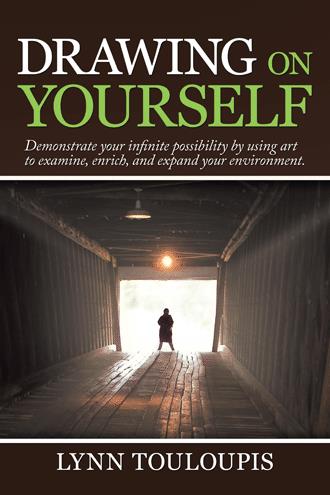 “Let me give you an example,” Ima began her illustration. “Let’s say you bake cookies. You follow the recipe to the letter measuring, mixing, setting the oven temperature, and timing them. Then they come out of the oven. Your mom eagerly tastes one. Her face lights up in a big smile and she says, ‘Wow! These are wonderful cookies!’ How do you feel?” “Great! I guess,” Annie ventured. “Right. It makes you feel good. Now let’s say we have the same scenario. You bake cookies. Mom tastes. She says without emotion, ‘They’re OK. Did you use the recipe with the sugar substitute? The kids don’t need too much sugar, you know.’ How do you feel?” “Ah, not so good?” Annie thought a minute. “I don’t feel as good as the first time.” “Now let’s say same scenario again, only this time when Mom tastes, she spits it out declaring them the worst cookies ever. How do you feel?” “Devastated!” Annie even had horror in her voice as she remembered how her mother frequently criticized her harshly. “Annie,” Ima spoke slowly so her words would sink in, “it really isn’t about the cookies.” She looked into Annie’s eyes to see if her words were getting through. “It was the same cookies in each scene.” Annie nodded agreement and Ima continued to make her point. “Your cookies are good, whether Mother thinks so or not.” Annie looked deeply into Ima’s eyes. “A daughter...,” Ima began then changed her mind about speaking in generalities and spoke directly, “You need to know in your own heart that you did the very best job you possibly could.” Ima watched Annie’s face to see if she understood. “You followed the directions for making cookies. You did a good job, and you feel good about yourself. If your mother doesn’t like the cookies, that is about her perception of what cookies taste like. It has nothing to do with how you made the cookies. You did a good job. Even if the cookies also taste terrible to you, you still did a good job making them because you followed the recipe. The fault was in the recipe, not the baker. And when you know this, that you did a good job, the best you could, no matter what the outcome, it will no longer matter what anyone else thinks, not even your mother.” <─> “Sure you are,” Dew calmly said putting his hand on his friend’s shoulder. “Stick with me a moment and it will all be clear. What I’m trying to tell you is that life is like fishing.” “Everybody tells lies?” Ike offered and they both chuckled before Dew returned to his serious explanation. “If you don’t pay attention to the stuff in the tackle box,” Dew continued, “and make sure you have the essentials, you could find yourself in hot water and no fish. However, if you have the essentials, you will be all right no matter what trouble appears.” “Humph,” Ike commented. “Ima says life is like art. You say life is like a tackle box. And I’m the one who’s… oh, I don’t know.” “That too. Art. Fishing. Same thing. They are analogies.” Dew was determined to make his point. “Stick with me here.” Ike nodded. “Too much stuff in your tackle box can hide the truth. You won’t know if you have lures or not buried under all the nonessential stuff.” “I’m trying to follow you,” Ike said, “but I really don’t see what this has to do with Ima seeing this guy.” “Like the tackle box,” Dew explained, “there are only the four essential areas of life you need to be concerned with. Keep up with them, and you’ll be all right. Keep up with three of the four and you are still all right. You do remember what areas are essential, don’t you? I believe we’ve had this talk before.”

Ima is a thinker. One morning she woke up, looked around, and thought she and her husband, Ike, were getting old and boring. He adhered to his strict routine and she wandered aimlessly until time to cook dinner. In an attempt to rejuvenate their relationship, and her life, she searched the internet and discovered drawing lessons that turned out to be more than just rubbing a pencil against a piece of paper. Within each lesson were secrets of ancient wisdom that guided her in unlocking hidden powers. Guided by a mentor, she learned how to embark on an adventure into making positive choices that were uplifting and life enhancing. By the end of the book, she knew she had metaphorically crossed over the bridge and created a beautiful picture on paper and within herself. Others in the story benefitted from her new awareness as may the readers of this book. For example, Ima’s baby sister, once depressed and suicidal, found the path to peace and pleasure that she had been missing in her life. Ima brought true joy back into her life and the lives of those around her as she proved that human beings already have everything they need. It is just a matter of Drawing on Yourself.

Lynn Touloupis is the founder of GYBOTS*llc, a motivational coaching experience providing study groups, workshops, and classes. She also participates in public speaking engagements and private counseling sessions. Lynn is an ordained interfaith minister and a member of the American Psychological Association. Her focus on living a life of peace and joy is the result of experiencing quite the opposite as a child and young adult. To endure home situations of pedophilia, domestic violence, and alcoholism, Lynn developed a strong belief that there was something better for her. As a maturing adult, she was surprised to learn the “better” had been within her all the time, just waiting for her recognition. She now uses the lessons learned and her spiritual and psychological awakening to listen and guide others.