A Walk Through Time

Entering the Realm of Miracles 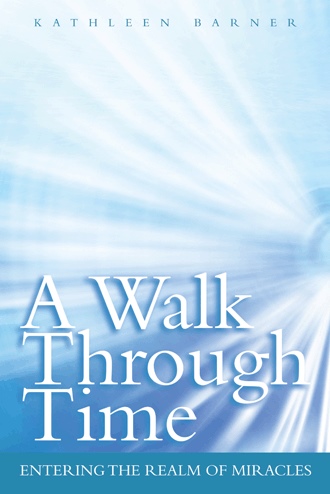 Who would have ever thought that a stroll back through one’s childhood neighborhood would have opened the door to the very real existence of another realm of life hidden behind the scenes of our lives? That’s exactly what happened as I walked back to visit the simplicity of yesterday, only to face again what I thought was the great dichotomy of today.

On that ordinary park bench, on that not-so-long-ago morning, my life was forever transformed. For it was there that the unveiling of a connection to a phenomenal power and supernatural ability took me on a journey into incredible insights, powers, and the miraculous healing that exists in the center of all mankind. And it was also there that I first encountered the Voice.

I was shown the purpose of time and the great secret it holds. Visions and songs and strangers revealed insights that kept taking me further into the great ascending truth that’s been hidden in the midst of us the whole time. Dreams became avenues of incredible wisdom. Laughter and tears carried me through realms of experiences. This is the very thing we’ve been looking for throughout all of our existence.

As the journey comes full circle, any mysteries of life fade into the simplicity that’s been revealed and that has been with us the whole entire time. This is meant to be our home, and now we know it.

Kathleen Barner is an author whose time has come.  No longer able to keep these truths to herself, she shares with you thirty-eight years of journaling, revelation and “God dreams” in this inspiring story[ASI1]  form.

[ASI1]Avoid praising your own writing this way.