A Blueprint for Leadership Success

Leadership Wisdom, from Hearts and Minds: A Public School Miracle 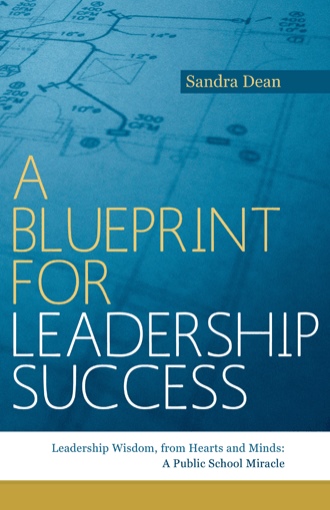 The thing I remember most clearly is the strange instant of silence just before my heart leapt at the news. In that fraction of time, everything crystallized for me: the hopes, the frustrations, and the memories of so many tears and, yes, so much laughter too. During that brief moment they all became real again, and the crises and tragedies that often accompanied them were nowhere in sight.

Then the screaming and the shouting started—nineteen educators, two police officers and one director of education, all of us a thousand miles from home, leaping out of our chairs, holding hands, hugging and laughing, while others in the hall smiled with pleasure at our unbridled joy.

It was April 1995, and South Simcoe Public School, which three years earlier had suffered the humiliation of having the worst student marks of all the schools in the school district, had just won a national award for Excellence in Business and Education Partnerships from the prestigious Conference Board of Canada. What’s more, the travel expenses for the staff members who were attending the ceremony in Saint John, New Brunswick, had been paid for by business partners who believed in us, supported our work, and wanted to provide an opportunity for as many teachers as possible to participate in the celebration.

But I wasn’t thinking of that as we all crowded onto the platform to accept the prize and receive the standing ovation from the audience. No Academy Award-winning celebrities could ever have felt a greater thrill of accomplishment than we did at that moment. We had managed to prove something vital about education, first to ourselves, then to our students, their parents, their community, and now to the entire country and beyond.

How far we have come, I thought, watching the staff celebrate that evening in Saint John. We embarked on a journey, where the destination could only be reached by taking one small step at a time....

“Sandra is a National Treasure with a rare ability to inspire others.”
Gail Gallant, Canadian Broadcasting Corporation.

A guided tour of The New Leadership Paradigm for the 21st Century. Step inside the mind of the new leader--one who embraces an inclusionary and equitable style of leadership, which allows others to share and participate in the leadership process.

Read a true story about how to make the seemingly impossible actually happen. Learn how a leader brought together a diverse group of individuals, to work with passion and commitment in pursuit of a common goal, and enthusiastically share ownership and take responsibility for the results achieved.

Find out how she opened their minds and hearts and touched their souls so that working together they achieved amazing results. An inspirational and heartwarming story of leadership success that serves as a blueprint for today’s organization.

Sandra Dean is a leadership expert renowned for her ability to turn around difficult situations and bring together diverse groups to work on a common cause. Sandra helps others to achieve success and believes in the power of encouraging everyone to unleash their inner wisdom by harmonizing the Mind, Heart and Soul.