Book 1 in the Slender Threads Series 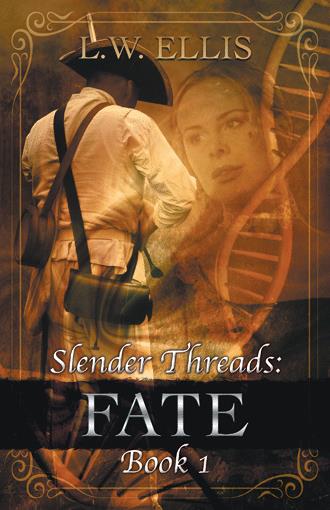 Rachel reached down and patted the fussing baby. “Shhhh, little one. One more stop to make and then we’ll be on our way. We just need to ask Mr. Robertson if your papa’s new bridle has arrived.”

She turned at the next cross street and headed three blocks east toward the saddlers. Ben Robertson had recently moved his shop into one of the newly constructed buildings now located down the street from the livery stable. The move may have been good for Ben’s business, but it was definitely a detour for Rachel, one she would much rather have avoided.

When she reached the front of the saddler’s shop, she reined in the mules and climbed down from the wagon. She resisted the impulse to look down the street toward Isaac’s Livery Stable. It was about this time three years ago that she and John had shared that wonderful meal with Isaac and Mattie. She distracted herself by straightening the ribbon tie that secured her hat. Yet even as she tried not to look, she found her gaze pulled across the street toward the cavernous stables occupying most of the next block. Up until a year ago, the livery had been on the outskirts of town, but now that the burgeoning community had grown out to meet it, it was much harder to avoid.

Andrew’s sniffling cries breached her disobedient thoughts, and she turned from the stables. Quickening her pace, she walked around to the other side of the wagon to liberate the fussing baby.

His cheeks flushed bright red as he strained to escape the confines of the basket.

“Andrew. What am I going to do with you?” she chastised as her hands found the restraining straps. But before she could untie them, her attention was drawn to a lone rider who had just stopped in front of the livery. She peered across the street as the man dismounted and tied his horse to the hitching rail in front. He was in the shadow cast by the building, but she studied his stocky frame as he made his way toward the stable’s wide doors. He walked with a slight limp, yet there was something familiar about him.

The breath caught in her throat, and she swayed toward the sideboard. A ghost! Dear God. My denial has brought me to this. I’m seeing ghosts.

Her pulse raced, and she fought to control her breathing. Slowly, she lifted her head to peer over the wagon seat, so sure the apparition would be gone, that her eyes had only been playing tricks on her. But the ghost was still there, only now he was talking with Davy Harper. Her head began to spin and she leaned against the wagon, not trusting her legs to hold her up.

Andrew’s cries grew louder at the delay in releasing him. “Hush, baby, Mama needs to . . .” Her voice trailed off as she turned in time to see Davy Harper and the man emerge from the shadows. They were engaged in spirited conversation as they crossed the street and stepped up onto the brick walkway.

Her white-knuckled fingers gripped the sideboard of the wagon as she studied the man—the fair skin, the dark hair peeking from beneath the brim of his hat, the broad shoulders, and the smile, the same disarming smile that stirred whomever it touched. Suddenly, she couldn’t breathe. The ribbon tied beneath her chin seemed to be strangling her. She ripped the hat from her head and flung it onto the wagon seat.

Slowly, she edged her way toward the rear of the wagon, watching the two men make their way down the opposite side of the street. When they drew even with her, she stepped into the open.

The man stopped. As if sensing her presence, he searched the faces on the street. Then he saw her and the light of recognition flared. Bounding from the walkway, he ran toward her. “Rachel. Rachel, I’m home. I’ve come back for you.”

He’s alive. The reality of it slammed into her, and she gasped, her hand flying up to cover her heart. “What have I done?” Just before he reached her, the clangorous street noise faded to a muffled roar and her vision narrowed as a dusky, gray stain blotted out the bright sunlight. 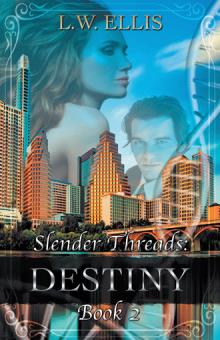 The time is 1838 and the place is Tennessee. Tethered to the rigid rules and limited choices of the old South, Rachel struggles to accept the loss of John Rollins, her great love. It’s been three painful years since John answered Crockett’s “Texian” call to arms. Never having received any of the dozens of letters John had written her and believing him dead, Rachel is now married to Luke Thompson. It was a marriage arranged by her father for practical and political reasons. Her one source of solace is her infant son, Andrew.

With John’s sudden return “from the dead,” Rachel’s life and marriage are thrown into turmoil. As the weeks pass, the mysterious disappearance of John’s letters brings to light an intricate web of deception as Rachel is caught in a seemingly hopeless dilemma—stay in a marriage she never wanted or leave with John and risk losing her son.