The Ambassador of 38th Avenue 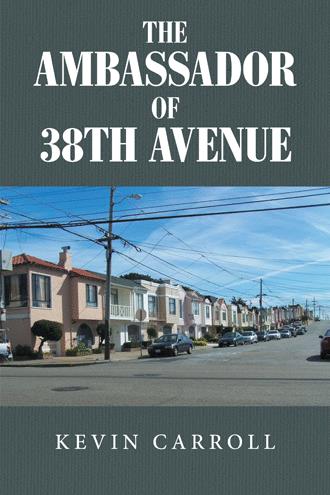 37 The Power of Affability “You can accomplish by kindness what you cannot by force.” ~ Publilius Syrus During the year I spent teaching in the Bahamas, my parents would graciously send me a little extra money each month. My room and board were included in my compensation package, but I was receiving only a small $100 monthly cash stipend from the school. The additional revenue from home was both needed and appreciated. One day, I walked into a bank to cash one of the checks my mother had written. The teller looked at the check, then at me, and said, “This check has been canceled.” “Excuse me?” I responded. The teller pointed to two sweeping red lines going across the front of the check from the bottom to the top. “These red lines. This is a canceled check. I cannot cash it for you.” I stood there in disbelief. Was he serious? “Um, those red lines… those are the cables of the Golden Gate Bridge. That’s an image of the Golden Gate Bridge on the check.” “I’m sorry, sir. I cannot help you.” “May I speak with a manager, please?” I inquired. “I’ve cashed several checks, just like this one, at this same bank over the past several months. It’s never been a problem.” “Maybe so, but this check has been canceled.” He turned and walked away, returning a few minutes later with his supervisor. The manager, looking proper as ever, approached and greeted me. “I understand there is a problem.” It was at this point that I consciously made a decision which had a significant effect on the outcome of our conversation. I decided to be affable, rather than confrontational. “Good afternoon, sir. I just want to cash this check from my parents, but the teller thinks the check has been canceled. Have you ever been to San Francisco?” “No, sir, I have not.” “Have you ever heard of the Golden Gate Bridge?” I asked. “Of course. What does this have to do with cashing a check?” I explained that I was from San Francisco and that my parents had sent me the check. I pointed to the outline of the bridge on the face of the check, explaining that the two red lines were suspension cables of the bridge. He looked scrupulously at the check. “Which hotel are you staying at?” He assumed I was a tourist. “I teach at Saint Augustine’s College. I’m living in one of the guest rooms of the Benedictine monastery on campus.” A huge smile immediately appeared on the manager’s face and he let out a laugh as he whacked the arm of the teller gently with the back of his hand. “He teach at SAC, mon! Don’t you know no Golden Gate Bridge?” He then carefully outlined the cables of the bridge for the benefit of the teller. “Give da man his money.” True power comes not in being forceful, confrontational, or threatening, but in being gentle, congenial, and affable. People don’t respond well when they are boxed into a corner. This is a crucial life lesson I wish I’d mastered much earlier in my life. I handled the situation in Nassau well, but there were many other times though the years when I tried to bulldoze my way through a situation, confident that I was right. Even when I was right, things didn’t go well, because people don’t like to be bullied. Bo Lozoff is the founder of the Human Kindness Foundation. He said, “Simple kindness may be the most vital key to the riddle of how human beings can live with each other in peace.” I have found this to be true in my own life experience. People don’t respond well to being confronted. They do, however, seem to respond well to genuine kindness. But what about times when the other person is just wrong? Are we out of line to be aggressive in our attempt to make things right? My response to this is a resounding Yes! Aggression is rarely an effective tool for resolving conflict. Assertiveness certainly has a role, but aggressiveness merely exacerbates the problem. So what is the best way to handle such a situation? Joseph Joubert, a French essayist, wrote: “A part of kindness consists in loving people more than they deserve.” While Joubert’s words may seem counter-intuitive, and they are, I’ve learned from experience that this approach is extraordinarily effective in resolving conflict. Such a response may seem, to some, to be a sign of weakness. In reality, it is not. We should respond to someone with kindness and courtesy, even when they have been rude and obstinate, not because they are nice, but because we are. 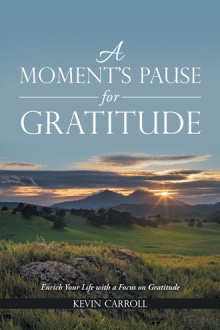 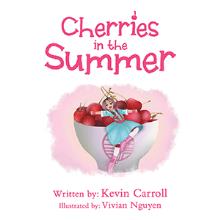 Cherries in the Summer
Kevin Carroll
$13.95

In his book, The Ambassador of 38th Avenue, Kevin Carroll shares a number of significant life lessons he learned over the course of his lifetime, and explains the life experiences through which he learned each of these important lessons.

Kevin Carroll was born and raised in San Francisco. After a 40-year career in education, he devoted his time to writing. His two previous books, A Moment’s Pause for Gratitude and Cherries in the Summer, were both published by Balboa Press.