The Path of a Wounded Healer

Liberation is for the Asking 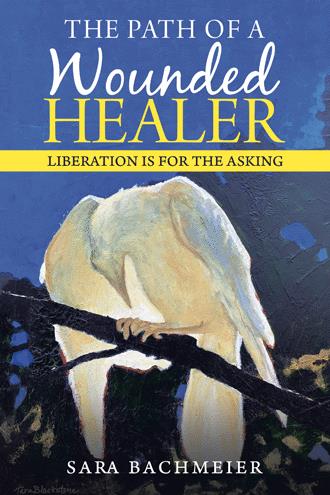 Being a wounded healer is not a path for everyone. Why do some souls choose this path? In Egyptian Numerology there are specific numbers that carry the path of a wounded healer in their numerology chart. Although, the Path of a Wounded Healer is not isolated to a numeric formula, there are special reasons why individuals choose to be born under the influence of a Master Number, Number Six and Number Nine. Does pain have to be the Touchstone to Spiritual Growth? In Egyptian Numerology, the answer to this question is yes for the fortunate few who carry specific number frequencies in their numerology chart. These individuals have quite a different sojourn than the rest of the population. Their path is called a “Wounded Healer”, and many will experience the journey of the “Dark Night of the Soul” at least once in their lifetime. In fact, in Egyptian Numerology there are specific past life insights to all the numbers, but these distinct individuals incarnated to lift the consciousness of mankind through their unique Soul Life Agreements. Egyptian Numerology lives under the premise that we all made a contract before birth to come into this lifetime to achieve specific goals and walk a certain path and this information can be decoded through the number frequencies given in our birth date and name. Under this theory, we chose these specific number vibrations to be born through and all the karmic hardships in our lifetime so we could overcome these difficulties and help heal the world in qualified areas. All Master Numbers are endowed with many powers from within, significant strengths, and many more challenges than other numbers. People with these numbers normally realize early in life that they have the capacity to accomplish a great deal with relatively little effort. They contain superpowers hidden within their frequency and are here to obtain personal power, spiritual evolution, but most of all to be healers for the wounded through their own personal transformation. They will undergo the difficulties and challenges that only a true spiritual warrior and devotional disciple of higher wisdom could ever dream of combating in one lifetime. People who carry the frequency of Master Numbers may experience exceptionally painful, turbulent childhoods and must use these experiences to create a better world because of it and not despite it. If anything, the path of a master number is more karmic than others because they often must transcend more difficulties than other numbers to excel in the first place. As many of them are original thinkers, they end up working alone or find themselves in a position to defend ideas against a hostile majority. They deal with obstacles that daunt the stoutest of hearts. A Wounded Healer is a person who specifically contracted before birth to undergo challenges and hardships that often lead to disabilities, trauma, PTSD, illness, and a period called the “Dark Night of the Soul.” The reason behind these unpleasant life circumstances are to achieve the vital lessons, come out the other side, gain empathy and compassion to connect with others, and to be of service to humankind at a large capacity. By overcoming their challenges, they enter the golden chamber of honor allowing them to bask in divine light and become a channel for eternal oneness with Source. Only advanced souls with a high spiritual directive choose to be born under these powerful frequencies. Our higher selves, angels and spirit guides would never allow us to be born under these commanding forces unless convinced that we have the experience, stamina, foresight and ability to use our potential wisely and for the highest good of all involved. The true power of these numbers lie in the magic of transformation because when they transmute their challenges, they automatically raise the consciousness of the masses. Energetically and on a collective consciousness level, when one person heals from these experiences, it helps to heal hundreds of thousands of “victims” still held hostage by their suffering, fears, inner demons, and conflicts. Therefore, it is considered one of the highest honors given to human existence. Past life healing and soul awareness lets us evolve faster when we heal the wounds that are constantly repeating while moving through this life with more guidance and understanding. That is Powerful! In one lifetime, we hold the power to heal hundreds of past, current, and future versions of ourselves. Not only that, but in healing ourselves and breaking patterns, we release our ancestors and children from suffering these patterns and repair the world in the process. This is literally one of the most profound conditions we are all here to accomplish. We are here to awaken to this potentiometer, clear these lives, and birth a new earth. A place where people are raised in love, awareness, healing, and soul. The beginning of our real-life utopia, New Earth, and salvation of humanity always starts with ourself. Of course, we are all given free will and some individuals who carry these frequencies will not always serve the light. As we have found, there are those who have used their powers against the light and caused harm instead of healing and there are souls who do not make it through the Dark Night of the Soul and choose to terminate their incarnation early. Some people in the lime light who carry these numbers in their birth chart are; Oprah Winfrey, Barack Obama, Charles Manson, Whitney Houston, James Dean, Eckhart Tolle, Louise Hay, Dalai Lama, Adolf Hitler, Wayne Dyer, Joseph Stalin, Neil Diamond, Leonardo Da Vinci, Britney Spears, Neil Young, Jim Carey, Keanu Reeves, Donald Trump, Meryl Streep, Michael Jackson, Mark Twain, Brad Pitt, John Lennon, Bill Gates, and Michelle Obama to mention only a few. 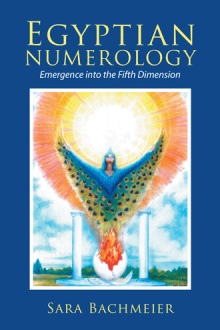 The path of a wounded healer is determined before birth by our higher selves, guides, angels, and the karmic board. It’s the highest honor and privilege a human can endure in one lifetime. This journey is only summoned for advanced old souls and those strong enough in their spiritual directive to hold the immense energy needed to complete their mission. One must undergo the dark night of the soul which triggers the awakening process. When we evolve through our challenges, we have the power to free hundreds of thousands of people taken hostage by their own shadows, heal generational wounds, clear future legacies for our children, and heal our own karmic debts. Author Sara Bachmeier has personally experienced this process, and she shares her story in The Path of a Wounded Healer. A sequel to her first book, Egyptian Numerology, this new book describes in greater detail the challenges, blessings, lessons, and teachings that all wounded healers are prone to endure and must learn to integrate while traveling on their intended path, purpose, and destiny in this incarnation. In The Path of a Wounded Healer, she helps people understand nothing is random, and everything has purpose and reason. Once you understand the value of your soul-life agreement, you can find peace and determination strong enough to go beyond human limitations and conditions to heal some of life’s most difficult challenges and to help others as they trudge the road on their destined path.