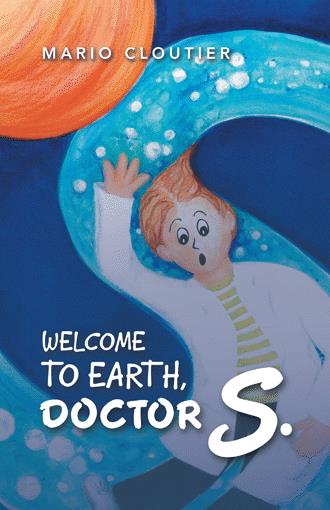 Chapter 1: Panic “Mommy, Mommy! Have you seen Doctor S? He’s not in my room!” cried Nathan as he ran into the kitchen. He was panting and was very distressed. Nathan was quite the looker with his big blue eyes, chubby cheeks, and blond hair. He turned heads everywhere he went, made friends easily, and was very skilled at getting what he wanted. He normally exuded confidence like no other, especially for a boy only six years old. But as he came rushing into the kitchen, all those qualities seemed to have vanished in his worry for Doctor S. As his mom turned to address him, she was taken aback by what she saw. Nathan’s eyes were bigger than usual (well, at least his right eye was), his hair was a mess, and he was visibly panicked. She put down her cup of tea, walked to him, and knelt as she said, “Don’t worry, honey. He’s fine. I just put him in the washing machine. He was filthy!” As the gravity of the situation sank in, Nathan’s left eye grew to match the size of his right. He grabbed his hair with both hands and rushed to the laundry room downstairs. Under normal circumstances, Nathan would never venture to the basement by himself for fear of… of… of… something. The reason for this fear is not quite clear and has never been fully articulated, but under the current circumstances, courage prevailed. Nathan had to save Doctor S. Soon thereafter, Nathan’s big brother Sam came into the kitchen and asked his mom what was going on and where Nathan was. She informed him of Nathan’s whereabouts and Sam calmly descended the stairs to check on his brother. Sam, a strapping ten-year-old boy with soft loving blue eyes, thick dirty blond hair, and a warm innocent smile, could melt anyone’s heart. He had adorable freckles on his nose and cheeks and loved stories. His favorite pastime was to create adventures and characters, and to enter worlds in his imagination. His parents often wondered how long he could be lost in his thoughts if uninterrupted. They never officially performed such an experiment, but let’s just say that if left to his own devices, he could forget some essential bodily functions! Sam was used to his brother’s exuberant and emotional outcries, but he cared deeply for Nathan and always checked in on him. In the laundry room, Sam found Nathan kneeling on the floor in front of the washing machine. Nathan’s face was firmly pressed into the glass door of the washer as he watched Doctor S spinning surrounded by water and bubbles. “Poor Doctor S,” sighed Nathan, sensing Sam’s presence. “Don’t worry. He’ll be fine. He’ll be just like new again!” said Sam cheerily. “You think so?” asked Nathan, perking up as he turned to face Sam. “Yeah, of course!” said Sam. “He’s just taking a bath. Now come on, I want to show you the world I just drew and the animals that live there.” Chapter 2: The Meeting The rest of that Saturday Nathan didn’t worry too much about Doctor S. He was preoccupied doing other things and returned to his usual bubbly self, happy to explore and in love with what life had to offer that day. In the evening, however, as Nathan was getting ready for bed, he realized that his trusted companion was not back in his room. “Mommy, why isn’t Doctor S back?” whimpered Nathan. “He needs to be dry first. I put him in the dryer a while ago,” replied his mom. “Go see if he’s ready now.” Nathan wasn’t known for his ability to hide his emotions. His facial expressions reveal, with stunning clarity, his thoughts and feelings much better than any words he could possibly use with his somewhat limited vocabulary. This situation was certainly no exception. His mom could feel and see his distress at the thought of going to the laundry room. As much as Nathan wanted to go check on Doctor S, the thought of going downstairs at night, by himself, was too much to handle. During the day might be manageable, but this was inconceivable. “There’s nothing to be worried about down there, my love. Why don’t you ask your brother to go with you?” said his mom. Sam accompanied Nathan to the laundry room, where they found Doctor S spinning in the dryer. Nathan opened the dryer door and hugged Doctor S. “Oh, I missed you so much!” Doctor S was still a little damp, but Nathan didn’t care. He was nice and warm and so cuddly. “Oh, I’m so dizzy!” said Doctor S. “What happened? Where am I?” Sam looked at Nathan. Nathan looked at Sam. Neither spoke or moved. They were completely dumbfounded and watched as Doctor S held his head, as if he was trying to stop spinning. When his eyes came into focus, he looked up at Nathan. His eyes grew big as he took a long deep breath, “AAAAAHHHHHH! Unhand me, giant!” He was pushing and kicking to get out of Nathan’s arms. “Let go of me!” “Boys, is everything OK down there?” asked their mom, concerned. “Uh, yeah, Mom. We’re just playing with Doctor S,” replied Sam. Nathan was confused and alarmed by Doctor S’s words. He didn’t want his beloved friend to be upset, so he listened, put Doctor S on top of the dryer, and said, “Don’t be afraid. We’re your friends. I’m Nathan, and this is my big brother Sam.” “You’re talking and moving!” said Sam. “How is that possible?”

Dear washer/dryer manufacturers, Among the many cautionary statements placed on your products, I believe you should add an additional one to prevent unintentional consequences of otherworldly proportions. As fantastic as that may sound, this very letter is in fact one of many unintentional consequences of your appliances having been used to wash plush toys. I am unfortunately not able to elaborate any further on the details, but I plead with you to consider adding the following statement on all your manufactured goods: Caution: Plush toys should not be washed using this device. Sincerely yours, Doctor S. Have you ever washed plush toys using your washer and dryer? If so, did you notice strange, unexplainable things happening around your house soon afterward? Perhaps all the chocolate and/or baked goods vanished from your household? Perhaps you got home from work to find everything a mess? Perhaps your alarm clock ring tone changed by itself? After having washed your plush toys, did you ever get the feeling they were staring back at you? If any of this sounds familiar, then Sam and Nathan’s adventures with their plush toy, Doctor S, may shed light on what may be happening at your house. Warning: You may want to hide your diamonds and your chocolate.

Mario Cloutier lives in Oregon’s Willamette Valley with the love of his life, his two amazing sons, and a cast of stuffed animals who come to life and cause mischief. The Doctor S book series was inspired by years of creating fun, playful, and sometimes crazy bedtime stories with his sons and their stuffed animals.