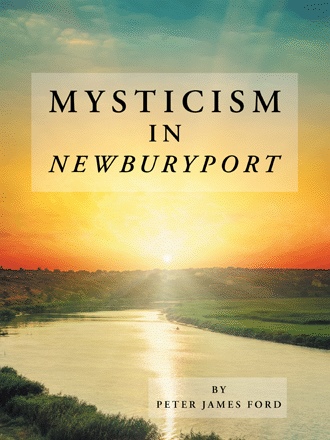 This simple book of lighthearted tales was based on the Authors experiences over a seven-year period, while living in the historic seaport town of Newburyport, Massachusetts. In the world there are different places, like Sedona, the Island of Bali, asmall village in England, where the electromagnetic forces of the Earth form crossroads. Ancient civilizations like the Egyptian, Incas and Mayans have built sacred monuments to these energetic places, like Stonehenge. The Author found Market Square in Newburyport to be one of these powerful crossroads and literally experienced for himself the vibration of these electromagnetic crossroads. These vortexs create palpable energy intersections as explained on various PBS series, NASA specials, Smithsonian shows and BBC broadcasts. One science report from England has done research, on how even the foxes use the magnetic field to hunt. When one of the last Tsunamis had devastated so much of that part of the world, the animals on these islands 'already knew' it was coming and headed for higher terrain, long before it hit the shores. As, I sat in Market Square, in Newburyport, Ma, I was to become aware that I was sitting in the very center of all the places that I have written about in this book. And, they all had a definite direction, which was North, South, East and West. There was the River to the North and the Old Hill Burying Ground to the South and East to the mouth of the Merrimac, the Reservation, Plum Island and the Atlantic Ocean and West to Pow Wow Hill, the ancient Indian Burial Grounds. Besides the river, Market Square was another spot, that I experienced feeling a powerful pull of energy, which is not detected by the five senses. It was another of the places where the powerful energies of the Earth's forces cross, in a sense a powerful intersection, drawing an abundance of the Earth's eletromagnestism. These places, like Sedona, can be used to heighten your meditative experiences and to deepen your contemplation practices, revealing incredible insights. You can channel your thoughts and feelings and tap into this power, aligning yourself with this ancient energy source, and forge it into a powerful meditative and contemplative tool. The Mystery Woman's name was Layne and she had taken me up along the coast of Maine to a hidden cove that acted like a catch basin, or sounding board for these rebounding vibrations. At certain times, the force was incredibly palpable at these places that she had shown me and once again, I was amazed at her secret discoveries. It was not until I wrote this story, that I realized that I also have this gift. Actually, every one has this gift, if only, they will cultivate and develop it. At first, this type of gift that I was receiving seemed unbelievable to me, but I quickly realized, that just the way we now understand how the moon affects the tides and also how the sun's magnetic pull affects everything, including us, it makes it easier to understand this principle.

This book is based on the author’s experiences after a profound spiritual awakening and followed by even more profound spiritual experiences. The book basically describes the journey of another soul that has reawakened to his divinity in this present day. The magical little town of Newburyport was to come alive with magical treasures and powerful energetic insights of the hidden treasures. This book reveals many of the secrets of life that go on unseen by most people and brings these experiences of awe and wonder right to the reader while he or she sits right in their easy chair. There are seven lighthearted tales of the wonderful people and this beautiful area full of an abundance of wildlife and nature. The eagles soar and hunt all along this powerful Merrimac River as ships from all over the world visit this unique little magical town of Newburyport, Massachusetts.

The Author's unique perspective of life and the world has come from his earlier 'wild years' growing up in the 60's involving heavy alcohol consumption, 60's drug use, riding motorcycles and followed by twenty five years of studying and practicing the ancient principles of truth. The Author has spent four or five hours a day in his own personal development studying the power of the creative mind, consciousness and the ancient wisdoms from all cultures. The Author has successfully used these principles to create perfect health, happiness and abundance. As, the Author is in need of nothing, his only wish is to share these treasures with other people that are ready to take the next step.