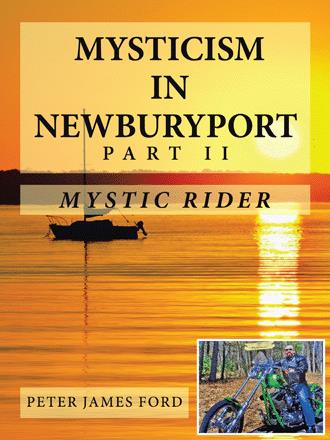 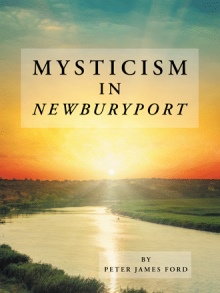 This is the second book of lighthearted tales in this seven-book series, under the title: “MYSTICISM IN NEWBURYPORT.” This is the personal journey of just another soul re-awakening to his divinity in this lifetime and reuniting with his true self. Peter was to have many profound spiritual experiences along the Merrimac River in Newburyport, Massachusetts. So, to honor this unique, historic seaport, he has chosen to use this title for his seven-book series on his continued journey of awakening. These personal accounts of Peter’s journey are more of an individual perspective of life, rather than any particular location. ‘Book One’ was introduced at the Miami International Book Fair as a modern-day version of the Herman Hesse classic novel called: “SIDDHARTHA.” After a profound spiritual awakening, through the grace of a Meditation Master, Peter was to personally have the experiences from long nights along the river in meditation, that the fictional character had experienced in Herman’s classic novel. These writings are really a ‘Unique School of Thought’ from Peter’s insights through Nature. As in Newburyport where the river revealed all its secrets. Now, the shifting sands of the Southern Maine coast are revealing its secrets for book two. Peter feels blessed as the treasures from Nature are so abundant in New England coast and in the White Mountains of New Hampshire.

After growing up in Lynn, Mass, where Peter was involved with heavy alcohol consumption, sixties drug use, arrests, broken bones, violence, motorcycle crashes and high-speed chases. Peter realized a deep love for motorcycles and physical training during his early years. Peter was to end up in the 12-step program at nineteen years old. He entered the program over fifty-years ago in March 1970, and almost immediately had a spiritual awakening. There is a difference between a spiritual awakening and a spiritual experience. On Peter’s path he was to experience both; as did the founder of the first 12-step program. Seven years sober, Peter was in deep emotional and mental pain (experiencing despair) and from this pain (pain is the touchstone of spiritual growth), he was to have his first spiritual experience. Peter now knew deep in his heart that God was actually The Intelligence Behind Nature and also that this intelligence was in his every cell of his body, as it is the giver of all life. It was around twenty-five years sober that Peter’s older brother introduced him to a Meditation Master, who was to become his guide at these higher levels of understanding and evolvement. Peter has said: “That the more he learned about the Ancient Universal Principles, the less he felt he knew.” Peter said: “It is kind of humorous that when you actual attain something worthwhile, what goes along with it is humility, just another soul on the path; another bozo on the bus.” Best Wishes on Your Personal Journey.

These writings and books of Peter’s are really just about another soul’s awakening to his divinity in this lifetime, and the continuing opening up of insights and wisdom along his journey. Peter’s journey really began when he entered the 12-step program in March of 1970, in Lynn, Massachusetts. On entering the recovery program Peter was to have a spiritual awakening. In the Yogic tradition it says that there are seventeen levels of spiritual awakenings. Peter says that his awakening may have been on a lower level, but none-the-less, an awakening. Twenty-five years later when he entered an ancient Yogic path, he had a profound spiritual awakening at a much higher level. There is a difference between a spiritual awakening and a spiritual experience, and many seekers will have both. The founder of the 12-step program had experienced both. Peter was also to have both an awakening and many spiritual experiences. After Peter began practicing these ancient teachings from a lineage of masters, he was to have many spiritual experiences. One that still blows Peter’s mind was of his swimming right through the winter in New England and never being cold. Peter would just strip down and walk into the ocean, usually at night. Seeing someone walk into the Atlantic Ocean in the middle of winter, usually freaks people out. But Peter was never cold that winter and he never felt the cold of winter even while swimming in the New England Ocean. Peter never wore a winter coat that winter. One wise woman had said that Peter was vibrating at the same level as the ocean water. So much is about vibration in this life and the world. Peter’s first spiritual experience was when he was five years sober and he was going through the most painful year of his life, often bordering on despair. Peter was taking daily walks in the Lynn Woods and one day he saw and experienced in his mind and heart that God was the intelligence behind Nature. This knowledge changed everything for Peter. Later on, down the road many of Peter’s spiritual experiences were along the Merrimac River in Newburyport, Mass. and to show his appreciation for this unique, little, historic seaport he has chosen to use the name: “MYSTICISM IN NEWBURYPORT” for the title of this seven-book series. These books are not really about any particular location but more of a unique school of thought that has been awakened in Peter from his years of doing spiritual practices and his personal life struggles. Peter’s third book will be called, “SHADOW RIDERS” and book four will be called, “THE RECLUSIVE MYSTIC.” The seventh and final book in this series is called, “MIAMI TAILS,” and is dedicated to all the sweet women of South Beach. Peter has filled these two books with as much information about the journey and wisdom from countless sources as he could. Peter hopes that some parts of these writings are useful pieces of wisdom for your path.