Remembering Who You Were Destined to Be 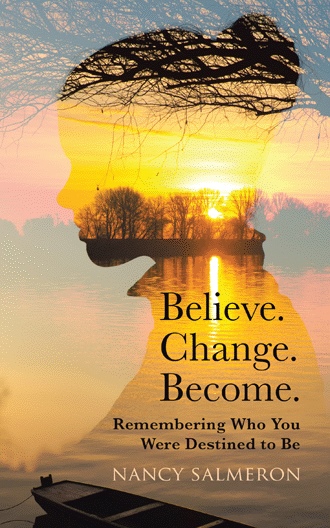 “Nancy, when you grow up find a job that has air-conditioning, like in a store or an office,” my mother would tell me as we pushed ourselves to harvest tomatoes in 105-degree heat in Vernalis, California. I was eleven years old then and those words followed me for the next twenty years. I needed to make money for my LA Gear shoes and school clothes, but also to help my family. Working in the fields in the summer is part of the migrant farmworker culture. As my father would remind me, his father brought him from Mexico to the United States when he was fourteen to work in the fields in Woodland, California. My mother grew up very poor in a small town in the state of Michoacán, Mexico. She was the youngest of nine, and in those days a woman’s ticket out of poverty was to get married and come to the United States, “where you will find money on trees,” per local rumor. Family members persuaded my mother to marry my father. My father was twenty-two years old and had “papers,” meaning a visa to come to the United States. My mother was fifteen when they got married, got pregnant on her wedding night, and had me nine months later. Then she had my sisters and brothers—Araceli, Jose Manuel, Luis Fernando, and Yesenia—for a total of five children. My mother did not have more than a second-grade education. In her mind pursuing a college degree was a very foreign concept. She liked how pretty, fresh, and cool the ladies at the department stores and offices looked. They did not have sweat dripping down their foreheads or backs, blisters on their hands, or tired feet from walking miles in tomato fields. They were not dealing with backbreaking work that had them up from dawn to dusk at miserable wages. You were living a great existence if you ever got to get pretty to go to work. You may think that this was not a major life accomplishment or that my mother had very limiting dreams for her children, but when I look at it from her perspective it makes a great deal of sense to me. My mother’s words about working in an air-conditioned room would stay with me for many summers and years to follow. At the young age of fifteen and a half, I got hired in a woman’s clothing store called City Wear. I was one of the youngest sales associates they had ever hired. I used to make ninety-four dollars a week. I was ecstatic! I could finally save for every teenager’s dream—a car. I remember giving my father my earnings for the week so he could save it for my very own car. I finally bought myself a Hyundai Excel for $2000 dollars. Everything was going great for me. I loved my independence. I was no longer working in the fields. But my subconscious would remind me that I needed to find a job as a secretary, because that was going to fulfill my mother’s desires for me. When you believe it to be true. I am a true believer that in life you never get what you desire, but what you believe you deserve. This was very true in my life. The problem with me was that growing up I was not wise enough to look at my thoughts and beliefs. As a child and an adolescent I was only listening to my mother’s voice, because mine was not yet developed. I felt the need to experience a secretarial job because my mother had told me that secretaries looked pretty, fresh, and cool. I was lucky to have a mortgage company hire me when I was a junior in high school. I was done with my graduation requirements, and since my mother had never mentioned college and I did not have anybody push college as a possibility for my life, subconsciously I was fulfilling my mother’s dream one more time. My parents were very happy for me. Living the life at seventeen. At seventeen years old I was making eight dollars an hour—double what my parents made in the fields—and the best part was I worked in an air-conditioned room. I was very happy and content for the next two years of my high school life. I had a car, was making good money as a teenager, and the best part was that I had met my mother’s expectations. What else could I ask for? I did not ask for anything, but I did start to question my life. I did start to wonder if this was going to be it for me. I don’t know how I knew, but something inside of me told me that this was not going to be my destiny. I did not know what my destiny would hold, but what I told my boss when I quit the secretarial job I would repeat a few more times in my life. My boss asked, “Why are you quitting? Aren’t you happy? You know you are due for a raise pretty soon.” I told her, “Yes, I know. But I can’t help but know deep down inside that there must be more to my life than being a secretary. The money is great, but I want more and it has nothing to do with money. I feel that I have something amazing to do, and I am going to go to college to find out what that is.” Finally, my mother’s voice was gone. From now on, I would be the captain of my ship. Or would I?

In this book, follow Nancy Salmeron, author of Believe. Change. Become., on her personal journey from harvesting crops in 105-degree heat to fulfilling her mother’s dream of working in an air-conditioned room to finding and living her own dream as a life coach, author, and inspirational speaker. Believe. Change. Become. will inspire you to seek deeper purpose and meaning in your life, while offering practical tips and observations from the author’s own experience. — Learn how to remember your purpose—the why of your existence. — Identify your passion—what makes you come alive. — Gain courage to take a leap of faith to pursue what you were born to do. — Transform your doubts and fears into belief in your destiny. — Learn how to silence your inner critic and connect with your loving spirit voice. — Discover that a life of bliss and satisfaction is possible for you. — Gain confidence that your desires and talents are gifts for you to share with the world. — Learn to embrace change so that you can become who you were destined to be. — Create your own definition of success and happiness. — Let go of fear and begin living the life you were meant to live. This is your time—your time to believe, change, become.

Nancy Salmeron, Founder of Believe. Change. Become., is a personal development coach and an inspirational speaker whose passion is helping individuals to fulfill their life’s purpose. She has an M.A. in Education and has written for Inspiring Lives magazine, Goalcast, and the Global Sisterhood blog. Nancy lives in California with her husband and two children. She invites you to visit her at www.believechangebecome.com or connect with her at Nancy@believechangebecome.com.