It is Myself that I Remake 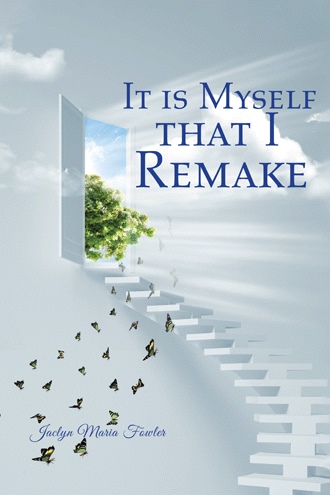 She had seen pictures of him from the turn of the century. He would have been in his mid-thirties by then. Handsome, still youthful-looking, with dark hair brushed back off his forehead. He was thin, just beginning to fill out, and he wore full, beautiful lips, almost feminine. A strong jaw marked his face, a fighter’s jaw, and a nose that was flat on the face of it and flared at the bottom. Sophie had seen the glasses too, pince-nez she recalled their being called. They hid his not-quite-amber, not-quite-chocolate eyes and, at the same time, helped them stand out as a prominent feature. All in all, he looked very much like she had seen him in books. But she had always seen him in suits. Usually black. Sometimes gray or Connemara style. Never in shorts. But here he stood in front of her now in shorts and a light blue button-down. He was a picture of contrasts with his pince-nez. Yes, she laughed to herself, imagine dreaming up William Butler Yeats in a pair of shorts. Fashionable, but not Yeatsian at all. Well, she reasoned, he might as well be in shorts as in anything else. Sophie’s dream-upped Yeats had nice legs too. Defined, but not overly much. He wasn’t the kind of man to spend hours in the gym, grunting and panting and sweating with the guys. Of course, he wouldn’t be, Sophie chuckled. He was the kind of guy who wrote poetry, who closed himself up in his library all day, grunting and panting and sweating with his words. Sophie felt a strange familiarity with her imagined Yeats. He was comfortable. She knew his voice, deep and affected, but the voice he projected now was much more physical, powerful, echoing. When he reached out to touch her, Sophie shrank back. She was surprised that a dream would be so physical. Sophie searched her mind for the last time she had dreamt at all, much less had a dream so vivid and real. Taking her hands in his, he moved carefully toward her, and then, when he knew she would be all right with it, he circled around her waist with his arms. First, she flinched with the touch, but then she watched him with fascination, disconnected from the reality of it. An observer only. “When my arms wrap you round, I press my heart upon the loveliness that has long faded from the world,” she mumbled absently as he held her. He chuckled his appreciation. “Ahh, my own words. Very effective,” he said with a kind of soft arrogance. Sophie heard the soft, lovely lilt of his words. A warmness spread through her, something remembered, yet not quite. For the first time in a long time, feeling pumped with her blood through her veins. A slow seeping from heart to head and from head to heart awakened her from the living dream she had barely survived since right after her mother died. Sophie knew that she was replacing one type of dream with another, but this one felt good, at least. “I must be losing it,” she mouthed to herself. But he heard and responded. “And could you keep your heart in wonder at the daily miracles of your life,” he recited in her ear, “your pain would not seem less wondrous than your joy, and you would accept the seasons of your heart.” She pulled herself away from him, just a bit, to be able to look into his face. “I must be losing it,” she said again, this time to him. “It would seem so,” he laughed in reply. She expected words of comfort from him, not some confirmation of her weakened mental state. “But if you are, then I must be too.” “You’re not real.” “I’m not? I feel real, don’t I?” Sophie looked around her and up to Benbulben’s emerald mountainside; three fingers of light fell over it, two on the grassy part, one lifting itself just into the craggy top. The field between the mountain and her, though rolling shades of green, stood in shadow. No light reached it from the blue-purple sky—a sky of storm—that had painted itself into the backdrop of the scene she was playing out. She heard the twittering of birds and felt the crackle of the gravel under her feet. When she reached back to steady herself, she felt the smoothness of Yeats’s tombstone under her hands. She remembered where she was and remembered what couldn’t be. Sophie mourned the thought. She felt safe. She felt loved. She wanted to stay in this place of dream. “And I shall have some peace here,” she mumbled. “And I shall of some peace there,” he corrected her with the tone of a schoolteacher. “I know perfectly well what it is,” she said. “Probably better than you know it, yourself.” “Well, if you do, you got it wrong now.” “On purpose, Willie. On purpose.” Memories from her childhood spilled out and over Sophie. She considered that he might, in fact, be standing in front of her and she may not actually be dreaming. Sophie often saw spirit, not as much as she had when she was younger, less analytical, but often enough even now. But those spirits had always had an ethereal quality to them, clearly visitors to the earth plane. He was different. “Willie,” she repeated. “Willie, you are a dream, right?” “I suppose I am, but I am here now. We don’t need to worry about how, just that I am. Shall we move forward on that premise?” “Yes. No, it can’t be true. You can’t be true. I’m going mad,” she said, her internal battle obvious. “Yes. Yes, I will believe. Yes,” she finally consented. “Yes and his heart was going like mad and yes I said yes I will Yes,” dream Yeats quoted. And then, laughing at her, “Now you’re starting to sound like Joyce.” 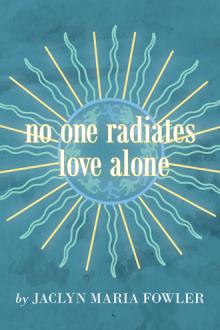 Growing up between the west coast of Ireland and the coal regions of Pennsylvania, Sophie O’Connor’s childhood is nearly idyllic. At an early age, she is introduced to the greats of Irish literature—Yeats and Joyce, Oscar Wilde, Shaw, and Seamus Heaney, and Sophie thrives surrounded by the great myths and legends of these writers. Just before Sophie’s sixteenth birthday, her life takes a tragic turn, seemingly imitating the stories and poems she has learned and loved. Rather than face her heartbreak, Sophie seals herself off from the world around her, allowing only the love of her father and the poetry of William Butler Yeats to break through her self-imposed exile from life. In every sense but the biological, Sophie dies at the age of sixteen even while her heart continues to beat. As a young woman, Sophie takes a teaching position in her beloved Ireland; there, she looks for the inspiration she needs to restart her life. As many Yeats scholars are wont to do, the young woman soon finds herself sitting against the gravestone of the famous poet. In a place known for its dead, Sophie finally finds a reason to live. An unconventional story of love that crosses the veil between this life and the next, It is Myself that I Remake challenges the notion that death is ever absolute.

Jaclyn Maria Fowler earned a doctorate in education from Penn State and an MFA in creative writing from Wilkes University. She is a faculty member at Canadian University Dubai and has spent a lifetime teaching literature and writing. Fowler and her husband, Fadi, live with her two children, Katlyn and Collin.