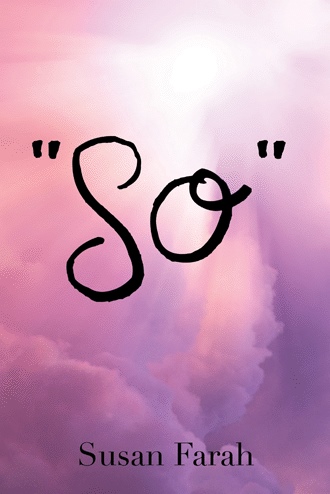 “Get busy living or get busy dying.”

This reflective quote from the movie, “The Shawshank Redemption” describes the place where I found myself upon awakening the morning after my fight or flight, near death experience three years ago. It also found me huddled on the hardwood floor of my office clutching my little dog, Tillie and my purse – the only two things I was able to grab as I escaped the house the night before.

You can’t be good for anyone unless you know who you are first.

An involuntary shiver ran through me as I opened one eye and then the other. My bones felt cold and stiff from sleeping on the hard wood floor. Sleeping? Did I sleep at all or was it just a series of flashbacks then passing out from weariness, only to be startled awake again?

“Did it really happen?

What was I going to do next? What should I do next?”

Tillie’s little body was still trembling and her front paws remained clenched tight around my arm. I closed my eyes again...

There was no where to run!

Hot breath against my face, something sharp at my neck, “I should kill you, I‘m gonna kill you…”

I felt paralyzed. He ranted and raved some more.

Should I say something? Should I try to move? These thoughts shot through my head.

How much time do I have? Am I going to die? Is this how my life is going to end? Am I ready?

From somewhere down deep inside me I felt a voice say, “Don’t move.” Then a stillness came over me as I began to melt into the mattress – deeper and deeper. I heard another voice, my voice repeating over and over “Jesus, Jesus, Jesus…”

I don’t know how many times I said it or how long I lay there, it was as if time was suspended, floating above me.

Then I heard crashing as drawers where ripped out, thrown against the wall and hit the floor. There was another noise, faint in the distance. I don’t know if it was a siren or the whine of a train whistle or what - but suddenly, I was alone.

A car door slammed and then nothing. I was afraid to move. I just laid there, seconds I suppose, but it felt like hours - until I felt the shivering. The shivering wouldn’t stop. Then I realized little Tillie had tried to squeeze herself between me and the pillow, trying to hide and she was shivering, too.

The intruder was gone.

“But what if he comes back?”

The thought of it jolted me upright. “I have to get out of here.”

I grabbed Tillie and tried to walk between the slivers of glass. Blood everywhere… Was it mine or his?

I ran down the stairs and found my purse hiding under a pile of papers. “Thank God, my car keys were still there!”

That’s all I could think to do and so I did. Shoving Tillie in the car, I started the engine and sped as fast as I could down the street. I don’t’ remember what happened next or how long I drove but when the car I was parked in front of my office building. I fumbled to find the light switch, unlocked my office door, then bolted Tillie and myself in. I leaned against the door, limp. The room began spinning again.

Three days later found the intruder behind bars, me back home cleaning up the mess and new locks on the doors. I made a list of all the things I had to do to feel safe and began to do them. But would I ever feel safe again?

Then it started. I don’t now how to describe it but it felt as if there were two people inside my body fighting each other, trying to find their way out.

Was I going crazy?

I didn’t know what to do. I was functioning – going to work then coming home and taking care of Tillie, protecting my home. But anytime when my mind wasn’t busy on something constructive a terrifying feeling of being torn to pieces, my flesh being ripped from my body and nailed to the wall came over me. Then there were the flashes of light shooting out of my body like lasers. I couldn’t breathe...

Was I trying to protect myself or was I trying to shed an overwhelming heaviness that felt like a lead blanket covering me as I lay in a tightly-closed coffin? I didn’t know.

It again came from down somewhere deep. Deeper then I had ever felt anything before.

“Do something about it.”

I don’t know how long I sat there that day. But in the days to come, past images and random thoughts flooded my mind. They became my best friends.

And then one day I just knew. I did need to do something about it.

I didn’t realize at the time what the something would be, that it would do or where it would take me. I just sat down at the computer and began to type.

It wasn’t typing to escape – it was typing to live, live again… 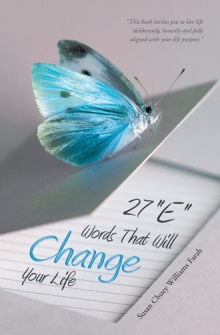 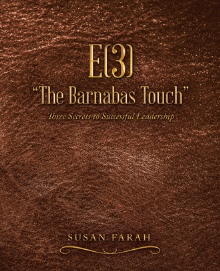 “Tightly clutching my little dog Tillie I ran from the house and from my life.”

“So” will take you on a rollercoaster ride of emotions vicariously speeding down a hill full of bumps, hairpin turns and screetching halts!

It will take you where ever you want to go. In fact it will take you all the way to an encounter that will leave you breathless and wanting more - more from your life.

“So” is the story of a life of search, discovery and recovery. A life of being lost and found. An ordinary life becoming extraordinary through the love and power of God. The honest look at the true meaning of a “second chance.”

If you have ever wondered “why me” or “why not me” - this book is for you!

Building on twenty-eight years of nursing, mentoring and creating nurturing work environments, Susan published “27 E Words That Will Change Your Life” in 2013 and now “So”, her second published effort – both with the goal to help others become empowered, find their life purpose and be inspired!

Susan lives in Blowing Rock, North Carolina along with her husband, Tom, and their precocious dog, Tillie.