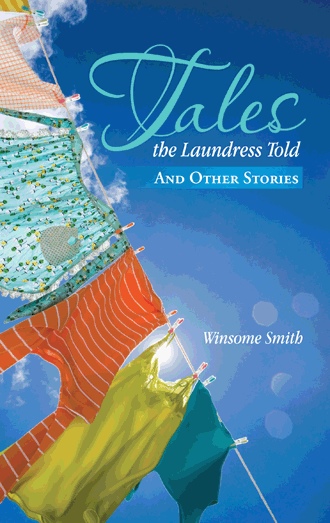 A FIT OF THE GIGGLES

The day my mother got the giggles was a day that lived on in family folk-lore. For someone who seldom smiled and never laughed, getting the giggles was indeed a memorable occasion. The cause of my mother’s mirth this day was Sybil, our domestic girl who helped with the household chores.

Sybil was one of several domestic girls we employed occasionally. They shuffled through the years, one at a time, in their flat, down-at-heel shoes, with varying amounts of willingness and energy. Sybil, however, was not one of the shufflers; she tackled the housework with something near aggression and with more speed than finesse.

There was a joy in housework in those days – at least for the young and strong. There was something rather thrilling about seeing a hefty girl up to her elbows in suds or grappling with sheets flapping in the wind. And Sybil was just such a hefty girl.

She came from a farm, but had moved into town to find some excitement. The amount of excitement she found doing the ironing in a parsonage is doubtful, but she certainly found life in our household unusual.

On her first day there my father reminded her to shut the wire door so as not to let any flow blies in. She might have thought this was just a slip of the tongue but when he talked of fighting the liar and went ahead to set the fire in the grate she began to discover the fun of Spoonerisms. As time went on she heard him talk of flutterbies and once in the garden he suffered a steebing. He once almost ventured into obscenity by telling my little brother not to nick his pose.

Sybil herself tried the art of Spoonerisms but she found it extremely difficult to do. She managed to talk about doshing the wishes, and she once reminded me to gut the shate but they did not have the magic or cleverness my father could invent.

My brother, Kevin, was at that time indulging in a pastime beloved by small boys. He went around the house with his right hand in his left armpit flapping his arm hard against it, thereby making what we called a “rude noise.” We sometimes politely called it “breaking wind” (after all it was a Methodist parsonage). Sybil thought this was amusing and laughed, thereby encouraging him. I found it simply irritating and usually yelled at him to “Stoppit”. I don’t know if this inspired Sybil but she did manage to utter a Spoonerism that gave her an everlasting place in family history.

She had gone down to the corner shop to buy a tin of jam and on the way home she had happened to see a horse harnessed into a sulky and with a hat on its head. This was an unusual sight. We often saw horses wearing head-bands of fringed leather or teased rope to keep the flies out of their eyes, but nobody ever thought of giving a horse a hat. This horse was wearing an old straw hat with holes in it for his ears and Sybil thought it was such a surprising sight that she laughed all the way home.

When she arrived home she entered the dining room where my parents, my brother and I happened to be having some kind of discussion. Still carrying the tin of jam Sybil launched into her story. ‘Guess what, I saw this horse ...’ On she went, about the horse, and finished up by saying, ‘I was the funniest thing I’ve ever seen. I’ve laughed so much I think I’m going to have fart hailure.’

My brother obliged with a rude noise. I laughed uproariously. My mother began her giggling which was to last all day. My father gave Sybil a long look then said, ‘You know what, Sybil? Saying something like that in public could be regarded as – mad banners.’

Winsome Smith loves a good story and loves sharing one even more. The author of eleven books and countless short stories and poems, she shares some of her favorites in Tales the Laundress Told. Her tales deal with the realities and fantasies of the imagination, human and otherwise.

With honesty and compassion, she writes of the strange experience of growing up.

• She takes the reader back to ancient Athens, to tell the story of a well-to-do young girl’s rebellion.

• We meet a garrulous ironing lady who shares her domestic wisdom.

• An earnest (and bossy) daughter of a minister has a few ideas of her own to share.

• She recounts the touching tale of a son who learns that he really does have the courage he needs.

• In a freefall flight of fancy, she introduces her readers to a young man with ambitions to study a distant planet known as Earth.

• Everyone who knows her wonders what on earth could have made a very serious mother get the giggles.

• A young girl boasts that she is ready for anything—but can she handle the challenge at hand?

These characters—and more—await you in Tales the Laundress Told.

Winsome Smith is a retired high school and TAFE teacher. She grew up in New South Wales country towns and was in the first graduation year at Macquarie University. Her writing career was launched on the ABC’s Kindergarten of the Air.