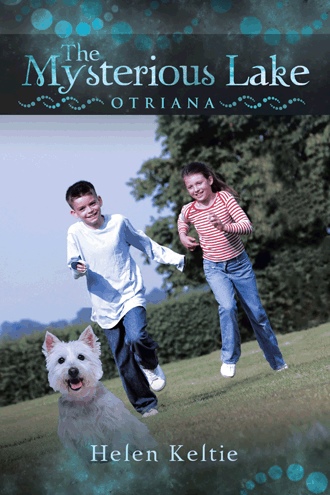 Otriana is a magical water world and twins, Katie and Josh are searching for their neighbour’s little terrier Miffy.By accident they fall into Otriana and meet up with Meerlyn, the mother of Nepta, a boy about their own age and his younger sister Coralie. They find Miffy, and with Nepta’s help escape Otriana via a volcano which spurts water. Katie is injured in the escape and Miffy is failing before her owner’s eyes. Miffy’s owner, Ted Brown,along with Josh and his father,Jack, revisit Otriana to seek answers. Otriana has relocated to another area far from where they live. They are enticed back into Otriana, including Miffy and meet Bragh, the father of Nepta. Bragh is a violent man and vengeful, he seeks to harm them.Help arrives with Wizen, a magical merman and Marianna, a mermaid. Umiel, a water sprite also promises help but has her own agenda. She has a sistyer Ariel, an air sprite, who assists from above the water, along with help from the west wind.

After two weeks Sally Jenkins and her daughter Katie visit the area because they haven’t heard from Katie’s father. Ariel and Umiel arrange for the two men and Josh to escape via lava tubes.Umiel wants Miffy for herself and because of her deception comes to an untimely end.Bragh is so enraged, he manages to kidnap Katie, and wounds sally in the process. There are many dangerous adventures before Katie can escape and Bragh is killed. Wizen has given Katie Fofar biscuits to give to them all, these make you forget. But Wizen worries about Coralie, her expression appears to alert vengeance.

The Mysterious Lake is an underwater adventure of ten-year-old twins Josh and Katie, who are searching for their neighbour’s little terrier, Miffy. By accident, they fall into Otriana, an underwater world, and meet Nepta, a boy about their own age, and his sister, Coralie, who is much younger. With Nepta’s help, they escape Otriana via a volcano which spurts water.

Katie is injured and has terrible nightmares following her adventure. The pool of water disappears but is located in another area. The twins’ parents, along with Miffy and her owner, travel to the new location of Otriana and are enticed into the water. They meet up with Nepta’s father, Bragh, who is a violent man. Wizen, a magical merman, helps them. There are many adventures before all the earthlings can escape.

Helen Keltie is a retired paediatric nurse and a widow for seven years. She has two adult children, son Ian and daughter Joanne, and three adult granddaughters. She completed a comprehensive writing course with a Queensland correspondence school, followed by a children’s writing course. She turned eighty last November. Helen is now writing the sequel to “The Mysterious Lake”.