A Glimpse behind the Veil

Stories about the Human-Animal Connection 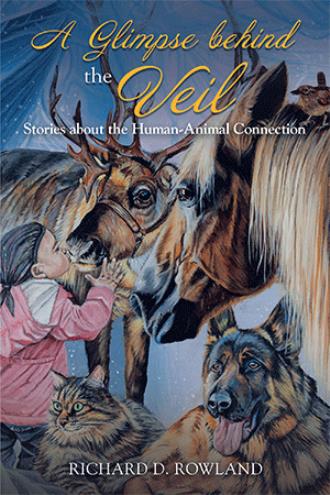 The Doctor is In Anne and I had grown up in the same community but in different circles. We were acquainted but not yet friends. As I look back after our friendship developed, I wished we hadn’t waited so long to become friends. I am forever in debt to Tommy Jenkins for making the introduction. As it is, she transitioned before me and there is not a day that goes by that I do not think of her. Not a day when I do not remember the deep conversations, we had about subjects many and varied. I have written before about the love we tribe members feel for each other and there is none other quite like it. We are collectively understanding and supportive, and we get what others can only wonder about. Ann was diagnosed with stage two breast cancer in 2009. She went through treatment and thought she was in a lasting remission. Her life was full; she had plenty of energy and was experiencing no pain. Given how good she felt, she went through life accordingly, living every single moment straight out with a beautiful, beaming smile while her infectious laughter trailed behind her. Anne had a huge heart when it came to animals and she understood their level of evolvement more than most people. She adopted a neglected Tennessee Walker buckskin from a fella that had gotten in over his head and couldn’t properly take care of the number of horses he had. Korbel was the buckskin’s name and after she got the pounds back on him, he was a stunner. Anne saw the potential of this spirited but safe horse and knew he was going to be a good addition to her herd. Anne preferred horses with a little spirit and a smart mind and Korbel did not disappoint her in either category. He rapidly became one of her most trusted mounts. And life, for a time, was perfect. Unfortunately, life has a tendency to throw you curves when you are expecting fastballs. Sometime in August of 2013, on a beautiful late summer day, Anne was in the barn saddling Korbel for a ride when he did something quite out of character for him. He unexpectedly drove his shoulder into Anne, shoving her up against the wall hard and quick. Anne was surprised and she was also hurting, particularly her hip. She was surprised because in all her time with Korbel, he had never done anything you could even remotely characterize as mean-spirited or dangerous. Before and after that day he never did anything like it again. Anne went through the fall months of 2013 in pain and looking for answers. She visited a massage practitioner and a chiropractor but could not find relief for the pain. Worrying and fretting did not enter her mind; seeking answers did. She went to an orthopedic doctor who ordered an MRI of her lower back and hip. The results were not what Anne or any of her circle wanted. Her cancer had returned and grown into a stage four level. No one, with the exception of those who carry this diagnosis around with them, can know how news like this affects a person. It can feel like being handed a fifty-pound weight and told to tread water…for the rest of your life. As bad as the news was, there was a glimmer of hope. See, Anne was dealing with a stage four cancer while being asymptomatic. In other words, she had no idea anything was going on prior to being injured because she exhibited no symptoms. The timing of the discovery couldn’t have been better given the totality of the circumstances. Had Korbel not body checked her into the wall causing a painful injury, she would not have visited a doctor when she did. Because she went to the doctor after being injured, she found out she was eligible for a new clinical trial. Being included in that trial extended her life another two and a half years. Had she not gone to the doctor when she did the cancer would have continued its march. It would have progressed beyond the point of any successful treatment and she would not have been eligible for the drug trial. Can you see the twists and turns the universe takes while we are on this journey? It was a one-time event and Korbel did his job perfectly. Normally a docile horse with no vices other than a love for life spirit, he became aggressive at the exact moment in time when he could get the results he wanted. He wanted Anne to go see a doctor and he made it happen. My friend and sister-in-kind Anne, passed away in April of 2016. She rode horses right up to the end and not once did Korbel ever act up again. That job was finished and his last job with Anne was simply to take care of her until time was up. He knows something the rest of us only wonder about. He knows he will see Anne again and there is no reason for sadness or longing. Time will see to everything, it always does. Live an afterlife of magical wonder, Anne. In time I will see your smile and hear your laughter once again and I will laugh and cry tears of happiness with you. 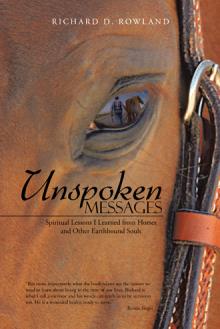 Did a tiny bird in Texas really communicate with a horse and convince him it was okay to load on a trailer he’d never been on? Did a horse, after a three-year absence, know that its previous owner was present by hearing a harmonica being played? Did a horse, who had never acted up, hurt its owner on purpose so she would go to the doctor, where she discovered cancer had returned? Richard D. Rowland seeks the answer to fascinating questions as he explores the connection between humans and animals. As someone who was diagnosed with a rare blood cancer and given three years to live (more than twelve years ago), the human-animal bond is a subject he knows well. Animals caused him to rethink life and showed him things he never thought possible—and they led him to write his previous book, Unspoken Messages: Spiritual Lessons I learned from Horses and Other Earthbound Souls. Based on his interviews with people throughout the world, this book expands on how animals are misunderstood—and how they’re much smarter than most people believe.

In 2008, Richard was diagnosed with a rare blood cancer called Multiple Myeloma, related to his time in Vietnam. At the time, he was given 3 years to live. Animals were the catalyst for change in his life. They were messengers, speaking of a universe previously unknown to him. They thinned the veil and allowed him to see what had been hidden. The lessons they taught led to his first published book, Unspoken Messages. That book led to other people telling Richard about their experiences with the animal kingdom, which birthed the idea for this book. Richard is a two-tour veteran of the Vietnam war. He is retired from the Kentucky State Police after a twenty-eight-year career in law enforcement. He also owned and operated an equine boarding and training facility in his hometown of Elizabethtown, Kentucky for twenty years. His life has been spent in the company of animals. He strongly believes that animals and the peace their messages brought him are the reason he is still here today. They collectively removed fear from the journey.