Spiritual Lessons I Learned from Horses and Other Earthbound Souls 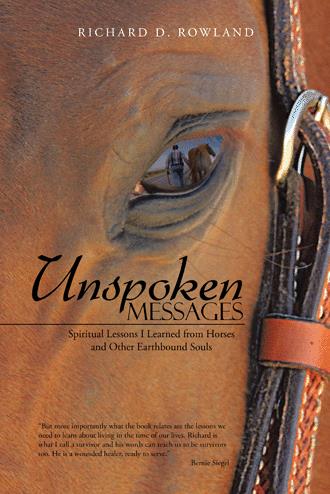 Chapter One
And They All Said Goodbye


Mr. Lee Graves was a witness to the accident that took place that afternoon and he relayed the following to me. Young Peanut started running toward the round pen1 located in the barn lot, adjacent to the barn. Buffy never much cared for her daughter being around the gelding that was in the round pen so she took off at a gallop and placed herself between Peanut and him. She was actually rubbing herself against the round pen panels as she ran, determined to put her body between Peanut and the other horse.


Peanut with the round pen in the background. Copyright 2009 Richard D. Rowland

Somehow Buffy hooked one of the round pen panel fingers with her hip. The force drove the metal into her side, struck and broke her pelvis and pulled part of it out. She hit with such force that she caused the panels to accordion together and bent one of the panels almost double. She knew immediately that she was in trouble. 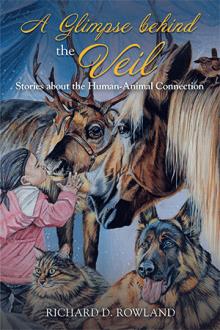 A Glimpse behind the Veil
Richard D. Rowland
$27.95

An unexpected hope for those in need, and for their loved ones.

When someone faces an end-of-life diagnosis, he or she may have all hope of a continued existence and enjoyable quality of life taken away by people employed in this country’s traditional medical profession. Discover how you can find hope where none is offered and restore your peace of mind.

In part one of Unspoken Messages: Spiritual Lessons I Learned from Horses and Other Earthbound Souls, read about spiritual experiences that are far beyond coincidental. You will leave part one convinced that animals are old souls with deep and ancient abilities to communicate with us if only we will open our hearts, minds, and eyes to their means of communication.

Part two of Unspoken Messages is a guide to be used not only by those experiencing the possibility of an end to their physical existence, but by their loved ones too. It leads you through the life of a person that has lived the fear of death firsthand, traveled the path before you, and ultimately reached a place that is peaceful and filled with promise of an eventual continuation.