A Furnace Forges a Good Human Being 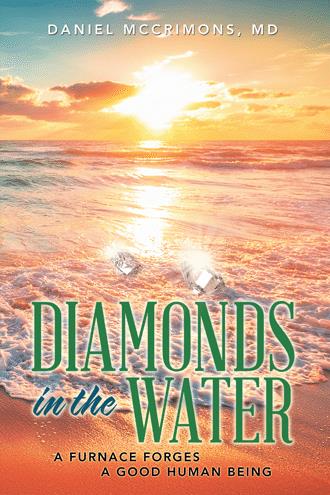 When I was twelve years old, I was very unsettled about an incident at school where one of my classmates judged me inappropriately and misunderstood my intention to help him. The classmate’s response that I was ‘just a spoiled, rich kid who thinks he’s so smart’ was very painful. That evening, I talked about the day’s event with Grandfather. He mentioned the history of the sword, the forging process and its relevance to my setback. Grandfather’s words were always filled with comfort and relief. The katana sword was a reliable guard, a physical representation of the warrior’s being. It was not considered a weapon. It was his civic code, his principle for living. The sword, indeed, had such a powerful presence that a newborn who was destined to become a Samurai would have a sword placed next to him at birth, and at his death, the sword was by his side to protect him in his next realm. For the sword to maintain a sharp edge and remain durable to prevent breaking while dueling, the craftsmen amalgamated four metal bars- a soft iron bar, two hard iron bars, and the Tamahagane steel for a sharp, keen edge. The forging process required several weeks for a long deliberate “folding” of the soft and hard metals to occur; the process was analogous to the creation of a diamond. The bars were heated at temperatures of 2000-2500 degrees Fahrenheit. The metals were repeatedly placed in and out of the furnace and hammered down to a slender bar, resulting in the blade. Parts of the blade were slowly cooled down by water to create a more resilient steel. The inner core of the blade contained carbon particles from clay which helped form the classic curved shape. At the end of the process, a polisher finished the “work of art” with grinding and polishing stones to give a mirrored surface to the blade. The Shinto priest blessed the sword and the sword-smith during the manufacturing process. The warrior would now be ready to face any challenge. Once a sword is made, it will be used as it is directed by its owner. The sword has two sharpened edges and can be personified as a trusted friend, a loyal companion. When it is used in this manner, its owner possesses confidence and assurance; it walks by his side, helping him through life’s lessons while on his journey. But the sword can also be personified as a cunning, ruthless adversary, with evil intent. It is perceived as a powerful, deadly weapon and its owner is fully aware of its capability to harm and destroy. We have to make a choice. Grandfather said, ‘We must remain true warriors and wear our swords with dignity. A true warrior learns how to face his greatest challenges. But he must endure emotional and physical pain and trauma, as the forging process for the sword had to occur to make it invincible. Our lives are like these swords and the diamonds that Mumsie gave you. We need to take time to examine the work put into each product. Then, and only then, do we appreciate the full power those products possess, and the power that we are truly made of. It would be prudent to follow the timeless advice of history’s greatest Samurai warrior, Miyamoto Musashi. In the early 17th century, he stated: Aspire to be Mt. Fuji, with such a broad and solid foundation that the strongest earthquake cannot move you, and so tall that the greatest enterprises of common men seem insignificant from your lofty perspective. With your mind as high as Mt. Fuji, you can see all things clearly. And you can see all the forces that shape events; not just the things happening near to you”.’ Although Grandfather’s words rang in my head: ‘you must endure emotional and physical pain and trauma like the forging process for the sword…’, I still needed peace of mind and a feeling of hope. Hope was what and whom I needed most, and I would eventually find endurance in her. 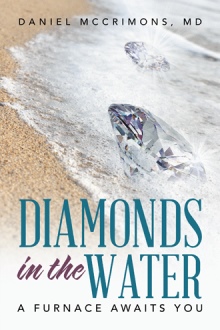 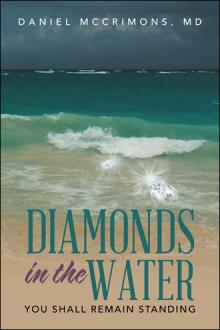 Six years have come and gone since New Year’s Eve in 1965. Now Dr. Windsor Langford Waterbury III faces yet another entangling twist of fate in the form of an additional, more devastating secret about himself and his true identity. In his lifetime, Dr. Waterbury has already been confronted with a previously unsettling secret his grandfather kept from him to protect him until he was mature enough to understand it. But as a new chain of events unfolds, the intentions behind this new secret may not be as genuine. As it is unleashed to deliberately cause embarrassment, and psychological and emotional pain, Dr. Waterbury must attempt to move forward by maintaining a greater awareness of himself. As his internal strength and time-tested principles provide stamina, the unexpected secret finds its way through his heart, inviting him to fulfill a destiny predicted four generations earlier by his great-grandmother, Sallie Ann. Diamonds in the Water concludes a life story told through the generations that reveals an unexpected yet deceptive secret with the power to cause emotional suffering and allow the truth to conquer all.

Daniel McCrimons M.D., a Harvard College and Columbia University trained physician, is a practicing pediatrician who has had a dedicated interest in blending his 38 years of clinical experience and discussions on family values to integrate science, history, philosophy, and spirituality and create a life story worthy of investigation, assessment, and an analysis of plan for therapeutic self-improvement.