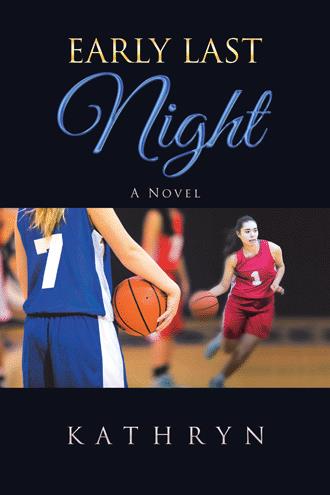 The crowd of spectators were on their feet, shouting, howling, pumping their fists in the air with the noise escalating and resonating beyond the walls of the gymnasium. It was the last quarter of the Class B State Basketball finals and the gold and black team of Farley had possession of the ball. After coming down with the rebound on the defense end of the court, Nick, who amply filled the black shorts and gold top, who always played center, had ten seconds or less to advance the play over the mid center line of the court. Calmly but stealthily moving to the offense side of the court, Nick glanced at the clock. Seven seconds to go until the game was over. Would history be made? Once over the mid center line, Nick looked at the basket while six players, three from each team, jockeyed for position on the floor under the basket waiting to retrieve the ball in any way they could. It was now or never. The arms of the defensive player in front of Nick were becoming a real nuisance. Flaying her arms, following Nick’s every move, she was hoping by some miracle Nick would drop the ball; little did they realize Nick would cause one of them to commit a foul. After taking a fake shot, Nick let go of the basketball but was physically hit in the process. The whistle blew and everyone on the floor stopped in their tracks. The secondhand on the tournament clock stopped with three seconds left in the game. The spectators in the stands from the opposing team groaned while the Farley crowd screamed louder. Two feet over the center line in offensive territory while attempting to make a basket, Nick took a deliberately hard defensive hit. It was a three-point penalty against the opposing team. Her face remained calm, her body movements relaxed; no unwanted gestures toward the referee, no acknowledgment of being frustrated, Nick walked calmly up to the free throw line and waited to receive the ball from the referee. This was not Nicole’s first rodeo at the free throw line. Being tall and very athletic, she could easily frustrate the opposing team enough to cause an unintentional foul by at least one of the opposing players. She would gladly take the first of three shots at the basket. Everyone in the gym was well aware of exactly what this moment meant. Nick McEwen took the ball from the referee. Standing strong, deliberate and focused, Nick looked to the backboard while bouncing the ball three times. This was no ordinary player and this was no ordinary game. Every set of eyes in the auditorium were glued on the player standing at the free throw line. Nick was ready to launch a large, brown ball across an expanse of floor to a rim set ten feet above the floor. The six players, three on either side of the free throw line on the floor under the basket, were jittery, anticipating a rebound. Their knees were taking the physical punishment, flexed and waiting, while their upper torso was straining and sweaty, ready to jump. As it went through the hoop, bouncing once against the rim, half the crowd erupted with cheers. Everyone waited. Again, Nick received the ball from the referee. The tension in the auditorium was palpable. If made, this shot would tie the game. Oblivious to Nick was the congregated mass of people sitting on the edge of their seats and those standing around the edge of the court. Familiar were the circumstances in which she found herself. This was the kicker for her. Although Nick didn’t hear the noise as it increased in decibels, she knew this was a moment that everyone cheering in the stands was waiting for. Many people in the stands drove extended miles to come see her play. She was determined not to disappoint anyone. She was determined not to fall short of her own expectations. Concentrating on the rim, the basketball left Nick’s hands and, rolling around the rim a couple times, easily went through the hoop, finding its way to the floor. In that moment of time, the game between the two opposing teams was now tied in score. As though someone threw a switch, the raucous crowd lowered their decibel level and waited, some hoping Nick would make the next shot while some were praying the basketball would fall short. As in the Salt Lake City Mormon Tabernacle, you could’ve heard a pin drop in the stadium. If the ball went through the hoop, the town of Farley and its basketball team would celebrate the Women’s State Basketball Class B Championship with a much desired win. The clock on the wall sat at three seconds left of play. After taking a last look at the rim and bouncing the ball three times, Nick was ready. The ball seemed to hang in the air as it made its way to the hoop. Nick wasn’t worried. With a swoosh it went through the hoop never touching the rim. Nick was no ordinary player. With nerves of steel and the talent of knowing what could be accomplished on the basketball floor with practice and perseverance, Nick achieved exactly what she set out to do. As a senior in high school, it would be her last championship game. She had no concept whatsoever of not delivering the winning score. The crowd erupted; the sound of cheering fans was deafening. To some of the opposing team, it felt as though the gymnasium itself shook, Farley celebrating a win no one thought was possible. Nick was surrounded by her teammates with hugs and tears streaming down their faces. 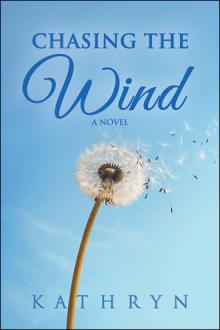 Life is to be lived. But occasionally, a life comes along that lives outside the boundaries of accepted secular society. When that occurs, a community learns the extent to which an individual will go in order to achieve that which they feel society has denied them. When Cody and Nicole first met, their lives were on a collision course they wouldn’t acknowledge and others couldn’t comprehend. Girl meets boy. She sees a man much older who seems to fit into the life she envisions for herself. Boy meets girl. He sees a means to his future. The chaos their union brings to their respective families is a scenario played out much too often in today’s secular society. Leaving the love of God and his purpose out of any of life’s circumstances brings disastrous consequences. If only they would’ve known.

Upon retiring from medicine, Kathryn began writing. Through her imagination she delves into an array of relevant aspects of today’s society as well as some of the more recent unique medical conditions that plague mankind.