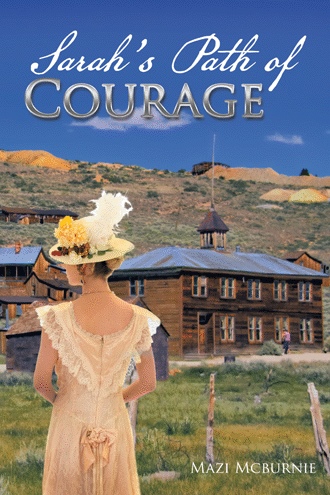 In 1853 in Australia, the gold rush was at it’s peak. Tent cities were erected in many parts of the land. Some people found gold, a lot did not and poverty resulted. The tent cities were noisy, dirty and there were lots of fights and brawls. Women worked hard to survive. They were courageous and determined. This is the story of one such woman who came to Australia full of hope, only to have it turned to tragedy and pain.Sarah’s path took many turns as she struggled to survive and had a son from a brief affair. When she is left a large sum of money, Sarah move s to Melbourne with her child and starts a thriving business. There she meets again the father of her child. In Melbourne she faces further challenges and confronts them in her calm and gentle way.

In 1853 in Australia, the gold rush is at its peak. In Victoria, tent cities are erected in many parts of the land. Some people find gold but most do not, resulting in poverty and desperation. The tent cities are noisy, dirty, and rife with fights and brawls. Courageous and determined, women have to work extra hard to survive such violent circumstances.

Sarah is a young woman from England who arrives in Australia full of hopes and dreams. Following a brief affair, she becomes pregnant, and those dreams are shattered when she is abandoned and left to survive on her own. But Sarah finds strength she never knew she had. She gives birth to her child and, miraculously, is soon left with a large sum of money.

She moves to Melbourne with her baby where she starts a thriving business. Sarah faces further challenges but confronts them in her calm and gentle way. She is even reunited with the father of her child. When Sarah left England, she had an expectation of where her path would take her. Imagine her surprise as she lives an amazing, adventurous life she never anticipated.

Mazi Mcburnie grew up in small gold mining town in New South Wales. She became a librarian and earned a degree in social science. She worked in senior care and taught for thirty years. She is married with two daughters and three granddaughters and lives in Darley—a suburb of Bacchus Marsh, Victoria, Australia.