Finding Peace is my Revenge 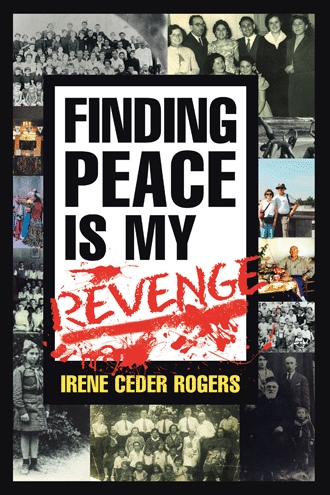 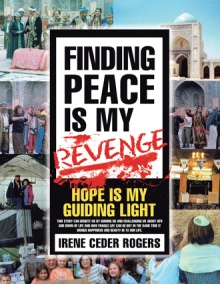 “Irene’s experience, motivation and ambition empowered her to write this book. For many years Irene dreamed of finding her parents’ and little sister’s burial place in Andijan, Uzbekistan. Finally, in 1998 as members of an Elder Treks tour, she and her husband undertook a fantastic adventure traveling challenging roads into regions rarely explored by Westerners.  They traveled the ancient Silk Road on the Karakoram Highway, the highest paved road in the world, through Pakistan, Kyrgyztan and northwest China before eventually arriving in Uzbekistan.  As a child in Uzbekistan, Irene lived in hardship despite the help of friendly Uzbek Muslims, her return as an adult, wife, mother and grandmother continued her efforts to resolve her feelings about those years and to dedicate herself to the memories of her Mother, Father and Sister.   Irene’s strength is her survival.”

Born in Warsaw, Irene and her family escaped from the Nazis in 1939 to Soviet Ukraine and later to Uzbekistan. Irene’s memoir chronicles growing up during these troubled times and her life after the war. She tragically lost her parents and little sister. Her teenage sister saved her from illness. Eventually, she spent several years in Uzbekistan and in Polish orphanages before immigrating to Israel where, while in the army, she studied nursing. In 1959, she traveled on a nursing exchange visa to New York where she worked as a surgical nurse. She got married, started a family, moved  to Berea, Ohio, and finally settled in Northbrook, Illinois. She is blessed with four children and nine grandchildren. Irene’s wish is peace and justice for all. She continues to dedicate her life to that goal.