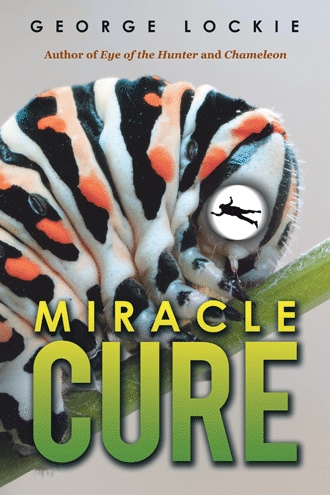 CHAPTER ONE CONNED A Friday night in Scotland was, as long as anyone could remember, always considered the man’s night out. The one occasion when he could leave his wife and family at home and meet with his friends in his local pub for a good drink and engage in discussions on recent events of interest. Needless to say on this particular summer’s Friday night, which had a warm balmy evening breeze blowing outside and particularly as it was in one of the best pubs in the Edinburgh’s historic High Street there was standing room only inside. In addition to the many locals enjoying a good pint of beer there was a fair crowd of tourists and visitors to ‘Auld Reeky’. A nickname given to Edinburgh in reference to the time long ago when coal was the only available fuel and the city was smothered in clouds of acrid smoke from the many tenements chimneys that crowded the slopes of both sides of the Royal Mile, the main thoroughfare from the Castle to the Royal residence of Holyrood Palace at that time. Since then Edinburgh had grown into quite a large city spreading down to the Port of Leith and out to the Pentland Hills. Deacon Brodie’s Pub had a prime location at the top of the High Street and was renown for its good beer, with a guaranteed warm reception from the Landlord and staff. On this particular Friday night they were all run of their feet, as the patrons’ thirst demanded constant slaking. The chairs and tables along three walls were full as was the group of smaller tables in front. The long bar taking up the fourth wall too was three people deep, most sitting on bar stools close to the high ledges around the pillars. The babble of voices was quite loud and infectious, it seemed everybody was talking at once. The big front door was thrown open, letting in a small welcoming breeze and the noise of the passing traffic. Large front windows let in lots of sunlight, highlighting the chessboard like tiles in the timbered roof. It was a normal Friday on an exceptionally nice evening by Edinburgh standards and one begging to be taken advantage of. The biggest percentage of customers were naturally male all enjoying each others company and the wonderful ambience created by a pub which went back hundreds of years in this marvellous city. It was rumoured Louis Stevenson had penned Treasure Island while seated at his usual chair in one corner of the pub. Certainly the house where he lived was only a few yards further up the Royal Mile, up a narrow staircase with small windows and a local landmark with the tourists. Traffic travelled up the Mound from Princess Street past the Royal Bank, and as it was one of the two main thoroughfares from the New Town, as Georgian Edinburgh was called, to the Cannongate and the old part of the city, which meant it passed the pub’s very doorstep. This ensured a huge number of potential clientele entered the pub’s doors every day as well as the thousands of tourists visiting one of the best examples of a working castle in all of Europe. With Edinburgh Castle dominating the skyline, just a few hundred yards further up. Deacon Brodie’s was the first pub you encountered on your journey back down the High Street after your visit. The cobble roadway and old buildings had not changed in hundreds of years as result of strict heritage listing and a very observant council. Dominated by St. Giles Cathedral a vast gothic edifice across the way Deacon Bodie’s looked directly down the narrow High Street. This historic narrow road was steeped in history and intrigue with many stories from its colourful past proving a boon for the thousands of eager tourists that thronged every inch soaking up the stories and seeking some small item to remember it by. One lone traveller in amongst the crowd in the pub was enjoying the experience and downing his second pint of heavy beer and contemplating his next move. It was his first visit to Edinburgh attending one of the many conferences in its excellent facilities and he had been impressed by everything he had seen, tonight he had decided to enjoy it while he could. An architect from Bristol he was immediately amazed and captivated by the many old buildings in perfect condition all over the city especially here in the High Street. It was a visit he had promised he would take one day and the conference provided a perfect excuse. He was not far from his hotel in Princes Street but it was such a good night and not at all late in the day he contemplated what else needed doing. The sun still shone and the atmosphere was clammy quite unusual for this time of the year. He was enjoying himself and felt quite at home. ‘You are not a local then, are you?’ The question came from one of two men standing close by. ‘Always busy at this time of the year especially on a Friday night, full of regulars, spot a visitor quite easily.’

A miracle drug hits the British market, promising amazing new progress in the treatment of difficult skin disorders. The source and supplier of this mysterious drug is unknown; what is known is that whoever’s behind it has a lot of cash and clout. When a train derailment leads to the disappearance of a shipment, authorities get involved.

Rory Glassen and MI5 are on the trail of who might want to steal the skin treatment—and the theft is getting more suspicious by the second. Soon, they uncover the possible involvement of a large criminal organization. The deeper Rory digs into the medication and the crime syndicate, the more he realizes it isn’t just about the train heist.

As Rory goes up against kidnappers and killers—all hell bent on keeping their true intentions secret—the crime gang effectively shakes off every allegation. But Rory won’t give up. To find justice, he will be ruthless and relentless, in spite of terrible repercussions and a clever, cruel enemy.

George Lockie was born in Edinburgh, Scotland. He served six years in the British Army, migrating to Australia in 1965. He is the author of two previous novels—Eye of the Hunter and Chameleon. George is married with two grown children and enjoys putting words to paper based upon his life experiences.