The Truth About Freedom in America 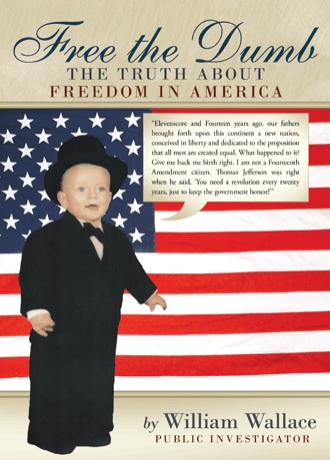 For best results read this out loud with enthusiasm.

During the French and Indian War on July 9, 1755, seven miles from Fort DuQuesne, now Pittsburg, 1,300 English and American troops marching through a wooded ravine were ambushed. Within two hours, 714 of them were shot down. The French and Indians only lost 30 men. Out of 86 officers, George Washington was the only officer not shot down. In the history books for 150 years, on July 17, 1755 at Fort Cumberland, Western Maryland, a letter was sent to his brother said “By all the powerful dispensations of Providence, I have been protected by all human probability or expectations; I had four bullets through my coat, and two horses shot from under me and was not hurt.”
In 1770, an Indian Chief at the battle came to meet him and said “I have traveled a long and weary path that I might see the young warrior of the great battle. I have come to pay homage to the man who is the particular favorite of Heaven, and who can never die in battle. I ordered my men to shoot down the officers. After shooting at you seventeen times, I told my men to stop shooting at you.”…

On July 4, 1776, the Founding Fathers signed the Declaration of Independence. But it wasn’t until September 3, 1783 with the signing of the “Treaty of Paris” AKA “Peace of Paris” two years after the Revolutionary War that Americans got the birthright of a King. One reason it took so long is that the people wanted George Washington to be King. He said he did not defeat one King George for another King George. So in November of 1782, Prince Charles Edward Stewart AKA Charles III of Scotland was offered the Kingship. He declined because if he died without an heir, the House of Hanover would take over and the Revolutionary War would be for nothing. So on September 3, 1783, the greatest day on this continent, the Treaty of Paris was signed by Benjamin Franklin, John Adams and John Jay. In that, the Treaty of Paris and its two addendums signed by the King of England, the King of France, and the King of Spain, ceded their sovereignty to the people of America. This created a nation where all men had all the rights of a King, and that’s a lot of rights.
“People of a State are entitled to all rights which formally belonged to the King by his prerogative.” Lansing vs. Smith (1892) 4 Wend. 9, 20…

“If any citizen of the United States shall accept, claim, receive, or retain any title of nobility or honour, or shall without the consent of Congress, accept and retain any present, pension, office, or emolument of any kind whatever, from any emperor, king, prince, or foreign power, such person shall cease to be a citizen of United States, and shall be incapable of holding any office of trust or profit under them, or either of them.”
To have “titles of nobility” in government would be a direct conflict with the Declaration of Independence which was to break off from King George III’s rule.
It was prohibited in Article VI of the Articles of Confederation which is still law under Article VI of the Constitution and in Article I, Section 9 of the Constitution of the United States of America.
The American Revolution provided an example and incentive for people of other countries to overthrow their monarchies as in the French Revolution 1789 to 1799 and the Polish uprising in 1794. The United States was destroying monarchies around the world.
The monarchies sought to destroy or subvert the American Republic in bribery and legal deception through the Jay Treaty, US Bank Charter and the Federalists pro-monarchy party. In an un-cataloged book titled “2 VA Law” it reveals a plan to overthrow the constitutional government by secret agreements engineered by lawyers of the time.
The only organization that certified lawyers in Colonial America was the International Bar Association chartered by the King of England. The lawyers received the rank in “Esquire” which was a “title of British nobility”…

The 14th Amendment gave every Citizen the right to contract a way their personal and absolute rights. In other words, anyone could give up their absolute rights under the “Bill of Rights” anytime they wanted to by private contract. They could operate outside the Constitution by contract if they wanted to, because it was their law. But by the right of expatriation at any time they could go back to their constitutional government.
The “Civil Rights Act” of 1866 is a private law that only appeared to have jurisdiction over a slave. It’s a private law that only affected those who were in contractual relation with the private corporation structure of the United States Government. None of the slaves had any licenses with the United States Government so it was a law that played ignorance because it made them think it did something. It was a law that had few citizens in its jurisdiction. It had only those having licenses or contracts with the United States Government. People in its jurisdiction went from real property law to personal property law outside the protection of common law and the Constitution with its separation of power. Congress made it an Amendment to make it harder for another Congress to repeal it. The 14th Amendment goes against the ideals expressing the Preamble to the Constitution. Congress wanted to nationalize all civil rights to make federal power supreme. This makes the private life of every citizen under them.
The 14th Amendment made individuals a federal citizen of the municipal corporation of Washington, D.C. It made the Senate and House operating for the benefit of private commercial law. Before the 14th Amendment, the Senate functioned for non-commercial public municipal law benefit which is to benefit the individual under republican law and the House functioned for private commercial benefit. It made each person responsible to the public debt by making them beneficiaries of the “public trust”…

Ki energy is the energy that controls the universe. The message of the Ki given by the ancients is know your strengths and weaknesses and how to use them: knowing the right way to proceed can make life entirely different. There are 108 personalities. The reason is because it is a 9 year cycle changing every month. (9 x 12 = 108) It is also a 9 year cycle inside an 81 year cycle and a 120 year cycle divided into two 60 year cycles. You have three numbers which are the basic, control, and tendency numbers. The way you get your basic number is: keep adding all the numbers of the year of your birth until you get one number, and then subtract it from 11. Example: 1974 = 21 = 1 + 2 = 3 - 11 = 8. Each year begins on February 4th. This is the halfway point between the winter solstice and the spring equinox. If you were born between January 1 and February 3, your birth year is the previous year…

Doctors treat the symptoms, not the cause. You cure a Yin disease with Yang, and a Yang disease with Yin. The larger organ in each group is Yin, the smaller is Yang. 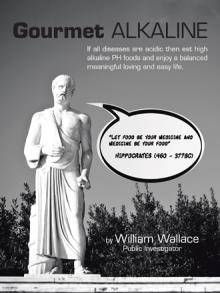 Free the Dumb is about how Americans have lost their freedom by giving up their God given rights for privileges. The government should serve the people; the people should not serve the government. Will Rogers said, “It’s not what you don’t know that hurts you. It’s what you know that ain’t so.” Benjamin Franklin said, “Anyone giving up rights for security deserves to lose both.” Orville Wright said, “If we were to accept truth as everything we were told to be true, there would be little hope for the human race.

Here are just a few questions that you will find the answers to in this book:

What was bulletproof George Washington’s vision for the United States?

Why did it take two years after the Revolutionary War to sign the Treaty of Paris giving the American people the rights of a King?

“People of a State are entitled to all rights which formerly belong to the King by his prerogative.” Lansing vs. Smith (1892) Wend.9, 20.

How after hundreds of years of prayer in school did the government, supporting communism, make it unconstitutional?

Why lawyers are not citizens of the United States and why every law made after the 1840’s is an illegal law?

How Americans support the ten planks of communism?

How can you pledge allegiance to a Republic and live in a democracy when democracy is mentioned zero times in the United States Constitution, the Supreme Law of the Land?

How indentured servitude was changed to slavery?

How many people in the 20th century were killed because their countries did not have a 2nd Amendment?

Why is gay marriage illegal?

How the American people since March 9, 1933 became the enemy of the government?

Why is Social Security under Treaty Law and should never run out of money?

Comrade Lenin said, “Confuse the meaning of words and you confuse the mind.”

Why the only legal tax form is 2555 and why wages are not income?

How the Federal Reserve creates money out of thin air and charges the American people interest?

What is the truth about ID cards, road blocks and searches?

What is the difference between driving and traveling?

How can you own land without any government interference, including property taxes?

What are the rights of a jury and how to challenge jurisdiction?

Why oil wells don’t dry up?

Why was lead taken out of paint?

How the government made hippies?

What is the truth about mammograms and how to increase breast size when going through puberty?

What is the cure for cancer which was discovered in 1931?

What are the natural cures and preventions for diseases, including autism?

What is an easy, painless procedure to kill parasites?

How a dental chart will show which organs in your body are connected to your teeth?

What are the effects of electricity on your body and soul?

How to tell who gives you energy, who you give energy to, whose energy controls you and whose energy you control?

What are the best foods to eat for your energy?

How to look at faces and determine what organs are damaged?

How King James changed the Bible?

How to get spiritual help? Why the created can never be greater than the one that created it?

Are your public servants serving you or are you serving them?