I am a cookbook author, and my passion is sharing recipes with others who are looking for healthy recipes within the confines of food allergies.

As someone who struggled with what to eat and how to make allergy free recipes for years, I wanted to make sure that anyone who was feeling deprived and thought there was nothing tasty to eat within their allergies, that there is still so much to eat! There are so many possibilities; one only needs to know where to look.

A few years ago I was lucky enough to find a publisher who saw the potential in my cookbook and wanted to co-publish with me. It was a whole new learning experience for me. Writing the book was one thing — publishing is a whole new ball game, folks.

Printing costs, design, editing, PR, and the list goes on. But it was fun, and it was like bringing my baby into the world — well, into Canada. Fast forward to today and my cookbook, Finally... Food I Can Eat, is now available to anyone with a click of your mouse..

I decided to self-publish with Balboa Press because I wanted to get my cookbook into the United States and finding a literary agent was proving difficult. Most agents I spoke to said I needed a following and a presence in the U.S. I thought the book came first, then the following. So when I realized that Hay House had a sister company called Balboa Press and that this was a way to get my cookbook out there, I jumped on the Balboa bandwagon.

I was greeted with a customer service representative when I first called Balboa. They explained to me the different self-publishing packages that they offered, which ranged in price from $999.00 to $7999.00. Now all I had to do was figure out which package suited me. I decided on the Empower package which included such things as editing, e-book formatting, booksellers return program, social media and a website just to name a few.

Once I decided on the package, I was then passed over to a check-in coordinator who helped me organize all the information Balboa would need to proceed with my book. Since I had already published in Canada, this was pretty easy for her and me as I had all my info ready to go. Then my publishing services associate took over and from there my marketing associate. Everyone who I encountered at Balboa was helpful and nice to work with. If I had any questions, I always called and usually received a call back within 24 hours.

The only thing that I think could have been improved on was my website. I realize Balboa usually only designs a website just for your book, and I asked them to combine my dietary consulting with my book, so probably a little more involved than what they are accustomed to.

I will be honest with you. My dream has always been to be a Hay House author. I have loved Louise Hay from the moment I first read Heal Your Life. I think I have all her audio CDs, and when people are asked what famous person would you like to have dinner with... my response would be Louise Hay.

So for any of you out there who want to bring your book to the world, I highly recommend Balboa Press.

Back to Publishing Articles | Back to Main Articles

By clicking “Claim My Free Guide”, you are providing your electronic signature, voluntarily authorizing Balboa Press and its affiliates to contact you using a manual or automated telephone dialing system and send you advertisement or telemarketing messages by email or text/SMS/MMS message to the address and phone number you have provided above. You are not required to agree to this in order to buy products or services from Balboa Press. You certify that you are over the age of eighteen (18). You’ll get up to ten (10) messages per month. Standard message and data rates may apply. Click here to view our Privacy Policy. 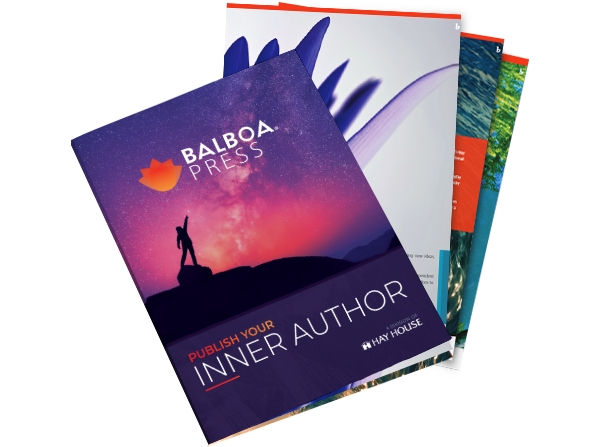