My Husband, My Boyfriend, and I 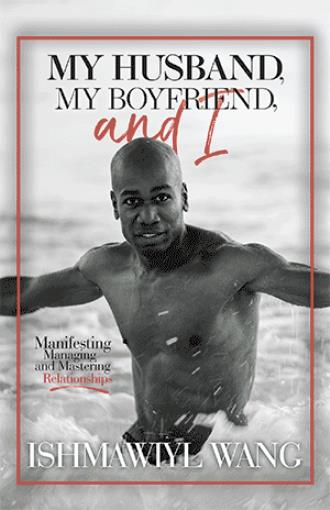 I remember us talking about enjoying the night sky with the coyotes, howling, and all. It seemed too exciting! He was an adventurous man. I was open. I sat on the couch chair while he laid on the bed chatting with me. I wanted to be there with him. In the middle of the talk, he laid on his stomach. I knew he was feeling something but didn’t want to show it. He was excited. Twiddling my thumbs in my mind, I decided I would put it all to his ragging desire. I asked him if I could lay with him. He didn’t deny me. He touched me very slowly and steadily while I lay there on his chest. His breathing became heavy. But his touch was meticulous as if asking for consent. I recalled our earlier discussions around consent. This time I said nothing. I was completely open to where and how it was going to go. He suggested we take a shower and that it would be more comfortable afterward. I thought we were going to shower together but sensing some hesitation, I went ahead and showed alone. He showered after me, but when he came into the room, he was dressed in T and PJs. Was I underdressed?! I was sitting there wrapped in a towel. I went ahead and quickly slid on my white harem pants. He began to explain to me that he wasn’t fully comfortable because he didn’t want to cross the line and was concerned that things would become weird. He has had “X” experiences where crossing the line from friendship to more than friends did not go well. He said that we could still cuddle, but that was about it. Silently I went to lay into his arms, and we laid in the bottom bunk. He held me and comforted me. Thinking about how many people struggle with their feelings for their “friends,” I could feel my throat chakra pulsate. I knew I had things to ask, but I was choking inside. I knew I had to muster up the courage just to ask. I wanted to learn from his view and experience why he wasn’t comfortable. In my understanding, the only reason friends could end up in such a level of intimacy was because those feelings were already there to begin with or came over time. They were seeking to be explored. So, I asked. When we talked about this, I pinpointed that it was that those who didn’t know how to deal with the emotional aspect of course, would feel tormented inside. They would of course, try to suppress feelings. I just acknowledged how he felt and let him know he was heard and respected. If he did not want to go further, I wasn’t going to push. Even though it felt like being shot down, I still honored his decision. From my heart, I expressed to him how I felt about him. I just spoke from my heart. That was all it took to melt the discomfort and the uncertainty. Honoring a “boundary,” acceptance, and vulnerability. While there was zero intention behind my sharing other than sharing, the consequence of my words led to physical action. I suppose my words soothed him. His physical response eased me as he finally allowed himself to experience. It was a sacred beginning. In a remote Airbnb, surrounded by acres of nature, in one bed of a two-bedroom home, his body shivered as his big hands, and long fingers slowly explored my body. There was only one question in my mind. “Is this really happening?” I breathed out slowly and deeply, melting into the space of orgasmic ecstasy. I did not feel like I had conquered a man. Instead, I felt nothing but gratitude and appreciation to enter into such union with such a beautiful being inside and out.

Chemistry dictates connection! Discover an entire world of energetic dynamics that dictate why we attract who we attract! In this unprecedented metaphysical look at gay relationships, go behind the veil to learn how energy rules the world of relating. You’ll understand the ultimate purpose of relationships, feel empowered from the inside out, and create the relationships you have always imagined. This guide will show you how to navigate sexual relationship structures with confidence and identify different types of relating. Get past the triggers and trauma to the root of gay loneliness, and successfully position yourself for successful relating! Be prepared to go forward with confidence and experience the feelings and vibe to manifest your dream relationship from the inside out. Vibe attracts tribe!

Ishmawiyl Wang is a Metaphysician, Visual artist, husband, and energy practitioner. He applies Masculine, Feminine, and Androgynous principles to harmonize his relationships. He is a student of universal law and seeks to share nontraditional perspectives on relationships cultivation and mastery.