Claiming Life Out of Chaos 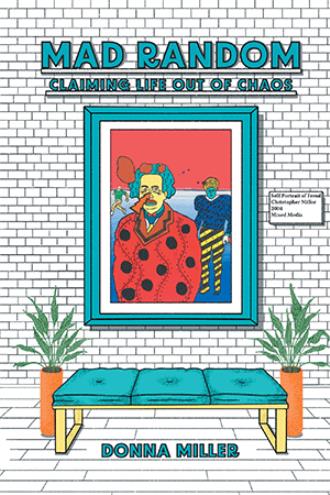 Emotional disability is a term of art that describes a child of normal intelligence who exhibits edgy and provocative behavior. Prone to aggression or profanity at home or school, these children may be disruptive and difficult to manage, experience delays in social skills development, or suffer a range of language processing deficits. Without other clues to guide the diagnostic process, children of all types fit the emotional disability label, including every quirky-to- violent child who is seriously out of sync with peers. First designed by schools, this catchall allowed social workers, teachers, and other professionals to open the door to services for a child who needed help, even in the absence of a clear diagnoses or treatment plan. As such, the term emerged from the need to provide a relevant education for out of sync children—not as an outcome of medical or mental health research. Few congenital disabilities can be isolated by means of a blood test or evaluations protocol. Families who suspect that their child’s development is abnormal often struggle through years of developmental and educational testing before settling on a workable diagnosis. If serious developmental or social delays emerge during a child’s first three years of life, he or she can expect to be evaluated for a diagnosis within the wide spectrum of pervasive developmental disorders (PDD). This can be the first step in a long and uncertain journey—for children and their families alike. Because of their baffling prevalence over the last several decades, autism and Asperger’s syndrome may be a child’s first stopping point on their way to finding a diagnosis; attention deficit disorder (ADD) and attention deficit hyperactivity disorder (ADHD,) have also received substantial focus because both conditions describe children who can’t or won’t sit still, pay attention, or relate appropriately to their peers or adults. In our case, the ADD/ADHD phenomenon washed over us like a pharmaceutical tidal wave when it came time to consider drugs as a response to Jack’s difficulties. ADD and ADHD claim a growing number of American school- aged children within their scopes of dysfunction. But schools, communities, and pharmaceutical companies all have a stake in endorsing this disproportionate focus on a child’s ability to adapt to a world that demands structure and supervised activity. Many parents (myself included) remain unconvinced that the ADD/ADHD blitz and its attendant drug treatments and behavioral plans have brought relief to many troubled children. After all, stimulants (often the drug of choice for treating symptoms that signify ADD/ADHD) are mostly benign and inexpensive to produce; in truth, almost anyone would focus better for a short time if given a stimulant. Yet enough progress has been made to keep the diagnosis current, and so the debate over treating these behaviors (“symptoms”) will continue. In the meantime, the mass of medications, books, and teacher- parent training programs that exploded onto the scene in the 1990s continues to swell the market. The growing issue of a child’s ability to pay attention or behave is complicated by many contemporary circumstances. Current world safety concerns, changing community structures, and the obligations of working parents have impacted the extent to which many young children can engage in free play or enjoy unstructured time. Young people are required to pay attention for longer periods of time today. There have always been children unable to abide long days of structured activities, just as there have always been children unable to meet expectations to develop more sophisticated learning and social skills. But it is important to acknowledge the diverse ways children react to the many pressures and restrictions they face today. My son couldn’t make it through a thirty-minute swim class when he was six years old. Other children thrive, moving from activity to activity happily, enriched by the dazzling array of choices. When faced with a series of possible reasons for Jack’s differences, we sometimes picked a diagnosis and ran with it to see what relief might be contained in its package of behavioral, educational, and pharmaceutical interventions. Our response was just as scientific as the data we were offered. The cost of following the wrong path was never clear until we had done the damage by escalating Jack’s symptoms, experiencing the negative consequences of poorly tested drug trials and playing pin the tail on the diagnosis. Obstructions to normal growth slowly unfolded over the course of Jack’s infancy and throughout his early school years. Problems manifested in intolerance for the rigors of traditional learning, speech and language processing deficits, and incomprehensible behavior patterns that dismayed and frightened everyone in his company. Despite our attempts to achieve clarity, so little was understood about what was wrong with our son. As a result, we spent much of Jack’s early life trying to outrun the odds-makers who knew something was wrong, struggled to classify the deficits and predicted nothing but trouble for the future. There are many boys with quirky minds, marked by the social and emotional differences that set them apart from the merely cranky, uncooperative children who are likely to outgrow their behaviors as late adolescent and adult years dull their ragged edges with maturity. Jack might never walk the road to normalcy. For much of his life he has had to design a path with his own road map. It was never easy for him, and sometimes it was impossible for us to follow. Our journey is not rare, but recording it in these pages may be unusual. Secrecy has provided a convenient cloak to families living with rare troubling emotional and mental health problems. It is tempting to pull these pages back inside that magic cape, holding mistakes and missteps out of sight. I still crave the protection provided by anonymity and denial, but I resist it for two reasons.

“Miller has written an affecting, candid account about raising an enigmatically disabled child. She offers critical commentary on the flaws of various medical and educational systems that she navigated yet also acknowledges how she had to modify her own behavior and expectations. She adds a healthy dose of humor, including Jack’s rather pithy perceptions and observations. While certainly not a comprehensive resource guide, Miller’s memoir offers insight and support to parents in similar situations. An honest, heartbreaking, and ultimately uplifting account of parenting a child with severe emotional difficulties.” From Kirkus Review of Books Mad Random Claiming Life Out of Chaos chronicles one family’s struggle to final normalcy while raising a son with severe emotional disabilities. Brutally honest, yet laugh out loud funny, this book shines a light on the anxiety, heartbreak and rage experiences by thousands of families seeking acceptance for the difficult, quirky children. This wild, gritty book ultimately leads readers to the miracles of hope and love.