In Search of The Rainbow Power 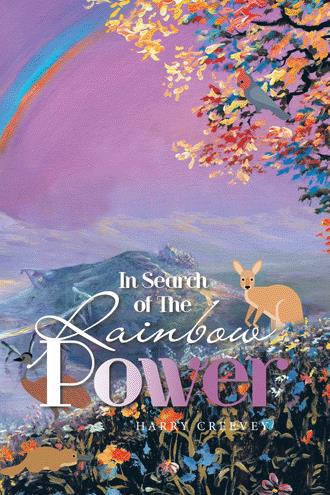 Chapter Five The two men made their way back across the creek with Veldeaux complaining about the poor help he had to put up with. While poor Griswold kept looking back waiting for another bolt of magic to blast him. Eventually they made it into the house that they had rented opposite the Elves’ house. Veldeaux flopped into an easy chair as soon as he was inside. “Griswold! Pull these boots off, and get me some warm soapy water to soak my feet in. I feel I’ve done far too much today. It’ll just mean in future you’ll have to be doing more. I can’t be carrying the load all the time.” Hurrying over, Griswold pulled off his master’s boots, and went to get the water. When suddenly he jumped, yelled and grabbed his backside. Because Veldeaux had sent out a small light beam from his finger once more, and burnt him. “You forgot the socks.” After he removed the socks he carried in a deep bowl of soapy water, and placed before his master. Then Griswold brought him some tea, and a few biscuits just to keep him happy while he prepared him a meal. That evening in his den, Veldeaux was preparing a plan to get him control of the elves’ crystal spring. “Master how will we protect ourselves against the elves’ wand?” “Their wand is no match for a warlock’s power.” “Then why do we need their wand?” There was dead silence in the room. Griswold looked up to see his master looking at him with a very sinister scowl. He was just in time to duck behind a door as the dreaded bolt of blue light licked out from Veldeaux’s finger. It flickered across the room past Griswold. But then it changed course and dived behind the door. Griswold screamed with pain as he jumped back into view holding his behind. Veldeaux laughed a menacing sound in the small room. “This must be the reason I keep you around. You’re really quite amusing thinking you can hide from my retribution.” From outside of the house they heard a loud screeching sound, as if a bird was being attacked. Brandi had passed the word that a sinister force had moved into their small valley and had asked all to keep a close eye on Veldeaux. Old man owl had been looking through the window when the blue flame meant for Griswold had made its turn just before the glass. Veldeaux stopped his laughter and peered through the window. But it was too dark. Lifting the window he reached through and clicked his fingers. The yard around the house lit up as if it was day. “Was it an evil spirit, Master?” “Fool, it was just an owl, probably fighting with a cat.” Old man owl never stopped until he was on the other side of the creek. He perched on a low branch; he was still trembling all over. A small voice called up to him. “What happened Oley? I heard you screech from way over here.” “Oh Brandi, I was lucky to escape with my life. It was horrible.” “What happened?” “I was looking through the window to see what they were up to. When he saw me; he bared his fangs and sent a blue finger of fire at me.” “Oh Oley, it must have been terrifying.” “It was. He had a hideous face with long fangs and a sinister scowl. As he pointed at me his finger belched flame, I flew backwards, just trying to turn and flee.”

I have written a fantasy about a pair of elves setting out to carry on their parent’s work of making the best wands in the country. They have to travel far and wide to collect the ingredients for their wands. They seek opals for its rainbow colour, silver to give it strength, and water from the blue lake to mix with their own hidden spring water to activate its magic. Their two children travelled with them and like children everywhere, they are forever getting into difficulty. On one occasion they disappear into a painting and find they have to answer a riddle to escape. It was a trap set by the wizards. Later they are captured by Goblins and have to be rescued by a wombat who is a friend of the family. In their absence, an evil wizard comes to reside across from their farm where he attempts to learn the secret of their hidden spring. He is closely watched by small animals and birds who are friends of the elves. But being so small they can only watch as he discovers the whereabouts of the spring and sets a trap for the elves on their return. I feel this novel would suit children aged nine to twelve.

Harry Creevey was born in south west Queensland, Australia. He mainly drove delivery trucks. Then he bought a Service Station Restaurant after this he moved from the west to Newcastle where he worked for BHP Steel. But he tired of the city life and bought a small farm. After thirty years on the farm, he retired and moved to Brisbane. He started writing in the late nineties as a hobby.