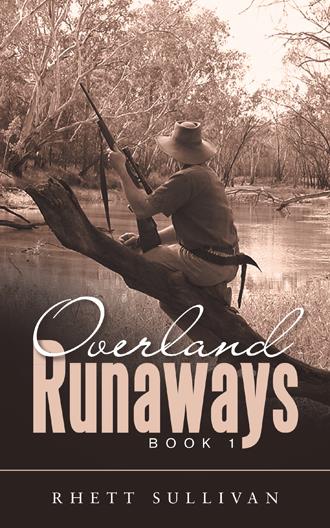 Jack and Mick were crouched hidden behind some bushes and a log watching the house. It was around lunchtime and they were starving. Jack felt Mick flinch when there was movement on the veranda. The occupant of the house walked outside to what appeared to be a favoured outdoor seating area with a plate full of food. The lads hunting skills had them downwind of the house so nothing could smell them and any noise they made would be quieter. The trouble being downwind was they could smell the food and it was driving them crazy. “Is that a lamb roast I can smell,” said Jack. “Shut up he’ll hear us, we gotta get out of here right now,” said Mick as he nudged Jack in the ribs. “I see what you mean,” said Jack. The man they were observing was close to two metres tall, very fit, very muscly, short hair, full beard with forearms covered in tattoos. He was wearing a pair of military trousers, black boots and a T shirt with a picture of flame thrower on the back with a caption saying, “One flash and they’re ash.” He was big, fit, mean looking and probably ex-army. This was a problem; they were in the wrong place at the wrong time. They had to get far away off his property and right now. But there was a problem. They couldn’t find Pepper! The phone rang in the house. Giving them a glimpse of the big man’s personality as he got angry and swore assuming he didn’t want his meal to go cold whilst attending to a phone call. Away he went to answer the phone as Pepper trotted up onto veranda and with all her Jack Russell agility and grace, jumped up onto the table and started sniffing the meal. She then looked directly at them in their hiding place in the bushes, as if to say, “Are you okay if I eat this, smells great, you should try it.” The lads were freaking out, trying not to move but trying their best to signal the dog to do anything but what it was doing or about to do. Jack managed a low and quick whistle which was generally enough to get the dogs in. Pepper looked directly at them again, turned her head to the side in a gesture that meant, “Are you sure, this food is good.” She then jumped down off the table and trotted directly to them. They grabbed her gently, gave her a quick pat, as annoying as she was, she had done the right thing and came to them when called. Now it was time to go, they tied Pepper to a lead so she wouldn’t do this again and went to get up and go backwards out of there. “Do not move or I will shoot,” was yelled out in a very loud, deep, direct and clear voice. Then “Leave your weapons on the ground, hold the dog leads and stand up very slowly keeping your hands where I can see them.” They did this but could not see anyone. “I have a semi-automatic rifle sighted directly at you, don’t do anything silly.” Jack and Mick were standing there, guns on the ground, hands in the air; dogs wondering what was going on and freaking right out. They knew the big man was close, had a rifle on them but had no idea where he was. He left them standing there for a minute before he stood up about fifteen metres away from them. He had somehow got very close and couldn’t even be seen. He looked bigger up close and there definitely was a mean streak in him but there was something else. He had an Australian army issue SLR 7.62mm pointed at them the whole time and it seemed to be an extension of his body. He looked like he knew how to use it. “You on the left, get both rifles, butts pointing towards me and walk towards me. Now put them slowly on the ground in front of me,” he said. “Now go back to where you were, you on the right, tie those dogs up to the tree over there, good knots that won’t come undone,” he said. After that was done, he relaxed a bit, Trigger stayed alert and Pepper rolled onto her back and started scratching an itch by rolling around side to side and quietly growling / talking. The man smiled at this. Well not so much a beaming gushing smile as much as kept his facial expressions very staunch but his eyes were smiling. “So, what are you blokes doing here,” he said directly. The lads looked at each other and mumbled under their breaths. “One of you speak,” he said. They both went to speak at once but Jack got the upper hand, “Sorry mister it was Mick’s idea, I was happy to just keep moving down the river,” said Jack. “Bullshit Mick, this was your idea all day long,” Mick said to Jack. “Enough, how old are you both,” the man said, indicating for Jack to speak. “Seventeen,” said Jack. “And without boring me to death, what’s your story, where do you come from,” he said to Jack. “We’re from further inland, we ran away from home a while ago and are following the river to the coast then hope get on a trawler or join the army or something,” Jack said. The man said, “You know the coasts about a thousand kilometres away. Right, you’re safe here, unload those weapons, grab your dogs, come with me, I’d say you’re hungry”.

Written for young adult / teenage outdoor boys. Boys who struggle to find stories they want to read have embraced this book. Two Australian country boys run away from home and follow a river system through outback Australia with backpacks, rifles and two hunting dogs. Follow their adventures as they encountered all sorts of trials and tribulations along their journey.