Unburied Truths of my Murderous Mother 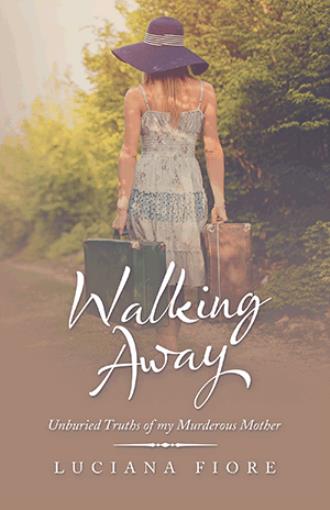 Somehow, my life was easier once I knew my mother was a murderer. When she was just a drunk and a ho, it was easy to think things were changing. She’d have these spells where she’d do a great job of convincing me that she was changing. Or maybe I’d have these spells where I would believe her. I’m not sure which. From the time I ran away to Meredith’s house until the moment Mom called me, I struggled with letting her back in, even though she hurt me each time. I would listen to her talk about how she and Steve were doing—their life was small, but she didn’t slur her words, and she sounded happy—and I would start to think that she hadn’t had a drink in a while or that things with Steve were going well because she wasn’t running around on him. But then someone from back home would call to catch up and tell me that they saw my mom at the liquor store. Or I would go long periods without talking to her and begin to forget how it was, idealize what life had been like, and then my sister would tell me she was sleeping with her tenants. I truly wanted to believe that my life could be good and have her in it without always being disappointed. But once she became a murderer, I lost what hope was left. When I told Megan what Mary and Sylvia had said, she was with me in the moment, focused on me. But I could tell that some part of her didn’t understand how I trusted the word of a woman in therapy and an intuitive. I can’t imagine many people who do understand. Megan was a remarkable friend, and she behaved as the remarkable friend as I talked to her, but she wasn’t there growing up. She had two loving, wonderful parents who were supportive and caring. She didn’t know my mother. She never saw the way her eyes went black when she was angry, like there was no soul behind them. And she never sat up late at night as a teenager, wondering what kind of demon she was trying to drown, what kind of demon seeped out of her mouth and hands and on to her children and husband. It wasn’t a leap to trust Mary. It was barely even a step. I had announced to myself, my family, and my mother half a dozen times that I was done with her, and each time had been a lie. I didn’t announce it this time. I took the information into my soul, let it permeate. My newfound gratitude for the life in front of me propelled me forward. Somehow, I had managed to stay on Mom’s good side for most of my life. She yelled at me and called me horrible names, but she never hit me. I lay low and did my best to keep her happy, and it probably saved my life. I was too busy with my gratitude to remember to care about her anymore. Brian and I had been married for two and half years by then, and we wanted to have a baby. We always knew we would have children, but our careers had gotten in the way. But things had changed. Brian and I were working full time. We were managing things better. And I no longer had the weight of my mother around my neck. We were so excited to see our baby’s face. We picked out two names long before we even knew I was pregnant. Very long before. We hadn’t expected it would take a year and a half to happen. It was a Tuesday night, and I had just gotten off the phone with Mary. I had been telling her about our struggle to get pregnant and my faith that it would happen. Brian and I had talked to Sylvia that week. She had described to us what our two children would be like once they got older. She told us that there was a third spirit that had already selected us to be its parents, but we would have to make a choice about whether to bring her into the world. I told Mary I liked the idea of three but was trying not to get ahead of myself. I wanted to know what one was like first.

I decided to walk away from my mother when I discovered she murdered my step-father. I was in my 30’s then and shortly before had learned she murdered who I thought was a stranger. I didn’t realize the man she murdered was my biological father until my 50’s. That is only the beginning of what I learned my mother kept from us – my sisters, step-siblings, the police, and me. My memoir, Walking Away: Unburied Truths of my Murderous Mother, tells the simple and relatable story of a woman falling in love, having two children, supporting her husband, getting divorced and finding my footing. But all of this is tainted by my slow discovery that my mother got away with multiple murders. To call this a “rags to riches” story – I was born in a small town to a loving father but raised by our drunk mother who left him; put myself through college; built my own businesses; and then married a man who eventually pulled in millions – undersells what really happened: that I grappled with raising children because I knew what was in our bloodline; that I had to learn what forgiveness meant in order to ensure my family stayed honest; and that I had to overcome myself in order to live a life without pain. There are thousands of self-help books that teach people how to handle relationships differently, how to talk and act. But there are not many that explain what it feels like to choose to walk away; to raise your children only knowing that you need to do the opposite of what was done to you; or to struggle to know whether or not to share any of your past with your children. This book is for all the individuals out there that have discovered unsettling realities about their families, and who want to continue to live a beautiful and productive life despite the earth shattering revelations.

Luciana Fiore was born in rural California to a loving father and emotionally absent mother who divorced when she was five years old. She went to live with her mother and step father in the country where there was regularly a shortage of everything except Luciana’s creativity. Despite her upbringing, Luciana put herself through college and into work with multiple Fortune 500 companies, while navigating a marriage and two children. As her own family moved forward, her childhood darkness began to haunt her, as her family’s history unfurled. Luciana’s background in sales, commercial acting and modeling have created in her a presence that fills the room when she enters it. Her creativity has lead her to a point in time where she spends her time renovating and restoring homes. But her search for herself brought her into communication with Intuitives like Deborah Graham, who guided her through many of the discoveries she made about her family, and brought her to the point of writing Walking Away: Unburied Truths of my Murderous Mother.