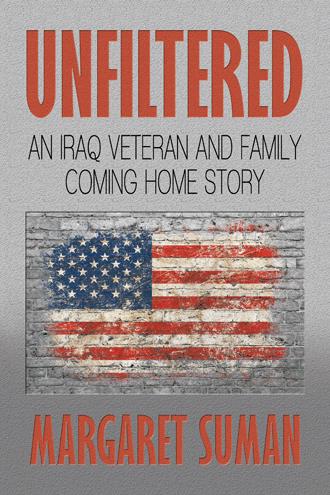 (I have selected this passage and ask for Balboa's experts to offer suggestions as well) Having a child that spent a year in a combat zone and is an adult makes it hard to proceed as a mom. He was a grown man who spent a year at war, came home and pushed himself to the brink to realize his dreams, and it felt awkward taking on a caregiver role. I would find that this was just the beginning of seeking ways to support him that dignified all he had been through and what he was experiencing as a result. We had agreed that I would pick him up for his appointment, so I drove to the home he had purchased and tried to manage since returning from Iraq. I was there in plenty of time and decided that a call from the driveway would be less “hovering.” He answered the phone and said he would be right out. I waited. It was getting late. We would be late for the doctor and frankly, I was a nervous wreck. I waited some more and called again. He said he was on his way out the door. This would become the pattern for the next six months and into the early years. First, I began to realize that it was difficult for him to remember he had an appointment. Next, I became aware that his oppressive exhaustion and depression made it almost impossible for him to physically move. He literally willed himself to move at all. There might have been other reasons for what could seem like “resistance,” but was a serious part of his illness and would become clear to me as the years went by. He finally got in the car. I tried to maintain a sense of calm and if I did, it was folly. “Are you ok?” I asked and then before he had a chance to answer, I sped off to try to find the doctor’s office. I didn’t have GPS or an iPhone then. As I drove, I noticed that he was shrinking. Curling up in a ball in the seat, like he was trying to be invisible or just going through the motions, or like he was in so much pain that disappearing into the seat might relieve it. By the time we got to the doctor, he was so recoiled that I hoped I could get him out of the car. I was anxious to meet with the doctor whose name I could not pronounce and hoped there would be no language barrier in this appointment that was already a living nightmare. We walked in the door, registered and I filled out the short paperwork (the beginning of volumes I would fill out and file over the next 17 years) and I looked around. It felt like I was in a foreign land. It was bleak, hopeless, and stark. We were told there would be a “wait” and Mark informed me that he would be in the car. He had never smoked but had taken it up since he returned to the states. It made no sense. All his life and 1 year smoke free in combat and now it was as though his cigarettes were his oxygen…reminding him he was alive with the robotic slow inhale and puff; it was evidence he still existed. I agreed, and when the receptionist called his name, I ran to the car to retrieve him. This time, he had shrunk to a ball on the floor. It seemed to take an eternity for him to “come to”, unfold and weakly enter the office. I was allowed to be with him and, as I anticipated from the last name, I could barely understand the doctors’ questions through his thick accent, and I was supposed to be the clear headed one. The soon-to-be familiar words came again. The “protocol” for assessing serious conditions in 15 minutes or less. The same questions as in the ER room except there were a few more. “Did you see anyone die?” “Did you have any traumatic events?” all answered by Mark with short, respectful answers. “Well,” said the doctor with the long last name, “I think you are on the right medicines”. I’ll see you back in a few weeks. This time, the doctor tells us it is bi-polar disorder. Later, I would reflect how on Mark’s body language could often define veterans. It’s like driving up to a fast-food restaurant and ordering your favorite burger. You dig the burger out of the bag and out of its wrap, which all serves a purpose of keeping it warm for your dining pleasure. But when those things have served their purpose, you wad up the wrap, throw it in the sack, and discard it, often landing on the floor as a nuisance to collect and dispose of later, because you got what you needed or wanted. That was the beginning of my up close and personal awareness that veterans who have returned and whose skills and experiences are no longer deemed valuable…who have served their purpose…are often discarded as an inconvenience…a ball on the floor. But almost as troubling, was the realization that most folks, including me, believed that a veterans every need was cared for and I was finding it to be a myth that was not only sorrowful, but could be deadly.

Margaret Suman’s nineteen-year-old son, Mark, was deployed overseas in 2003. He was gone fifteen months, with more than a year of that time spent in Iraq at the beginning of the war. When he returned, he landed a full-time job and bought a home. At first glance, it appeared he was ready to live a stable and secure life. But sadly, that was not to be. In Unfiltered, Suman shares her son’s battle dealing with both visible and invisible combat-related wounds during the next seventeen years and the battle with the behemoth bureaucratic systems. Taking an unfiltered look beyond fanfares and parades, it tells the behind-the-scenes account that happens to millions of veterans and their families after war, speaking out toward a code of silence with hopes of bringing perspective and awareness as a catalyst for change. This is not just a story about Suman’s veteran son and family. It’s a story of millions of veterans. A story, based on actual events, that every American should know. Unfiltered acknowledges that wars may never end, but how we deal with the aftermath must.

Margaret Suman (pen name) is a licensed mental health counselor with vast experiences in social services. Suman aims to dispel myths that permeate the civilian and military world about the impact of war with both clarity and compassion.