Stories of Passion and Perseverance in Sport and in Life 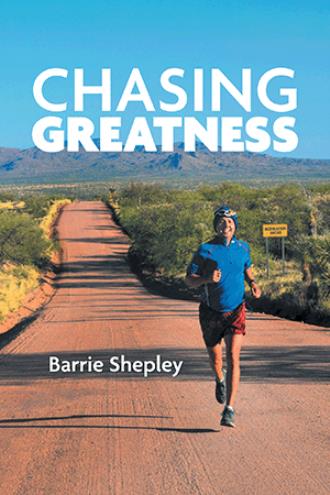 I’ll never forget the moment true Canadian greatness struck my heart and changed the direction of my life forever. It was the summer of 1984. Windsor, Ontario was humid, and the Chrysler van plant was bustling. I was a university student working my way through the summer, and my task on the assembly line was simple that month. Every 90 seconds, it was my job to place a dipstick into the engine’s oil pan as the next van came by my workstation. Easy, mindless work. But my mind was busy that day with the buzz of the LA Summer Olympics. Swim races were happening live, broadcast on our cafeteria television—and I needed to see them. As you could imagine, dropping a dipstick into an engine took far less than 90 seconds. I soon figured out I could take a handful of sticks, walk backwards on the assembly line, and get ahead of my station by nearly 10 vans. This innovated process bought me enough time to race to the cafeteria for my shot at witnessing something great. Among the Canadians racing in the Individual Medley, the name I knew best was Alex Baumann. Sudbury, Ontario native and swimming machine, Baumann had been honed by elite swim coach Dr. Jeno Tihanyi. At the time, I had no idea who stood behind each of those athletes, but one day I would realize just how important a coach could be to sporting success. July 1984, Bauman and Tihanyi’s hard-earned athlete-coach bond proved reason enough to take a closer look. Skidding into the caf, I watched nervously as the CBC announcers introduced the eight finalists for the 400 metre Individual Medley Swim—and among those eight, Alex Baumann. Canadian pride swelled in my chest as a close-up of the lean, muscled swimmer filled the screen, as the Maple Leaf tattoo on his left pectoral glowed like a national beacon. The energy changed in that cafeteria as Canada took its stand for gold. Over my summers working at the van plant, I rarely heard people speaking to each other. Normally, workers would sit quietly in front of the TV or a paper on breaks. If conversation was a rarity, imagine camaraderie. When eight men launched into that pool, strangers became allies. I still remember hearing the hum of the assembly line beyond the cafeteria door as announcers Byron McDonald and Ted Reynolds called the race, as new vans chugged along sans dip-stick. The 400 IM is eight lengths of the 50-metre swimming pool, completed after 100 metres of each of the four swim strokes. After the first 200 metres, Baumann was in second place and, I realized with a thudding heart, ahead of the world record. The third swim stroke, breaststroke, emerged as Alex surged into the second half of the race. With only 100 metres to go, he pushed the world record even farther as he moved into first place. The cafeteria was wild with excitement, factory men up and cheering with every final stroke. Baumann touched the wall in four minutes and 16 seconds, simultaneously setting a new world record and winning Olympic gold. Assembly line long forgotten, I lived in the celebratory chaos that overtook the plant. We were all Canadians sharing in this incredible moment of national pride, perhaps never brought together quicker than by a world-class athlete bearing the mark of our country. Hopefully you didn’t sign the papers for a Chrysler minivan that summer of ’84—it might have been missing a few parts. The power of the Olympics, the impact a single athlete could have on an entire nation, was burned into my brain that day. And it was in that moment, when Alex Baumann touched wall, that I realized the Games were in my future. No matter how, no matter when, I would walk among the greatest athletes in the world. Baumann’s greatness sparked a reaction in me, and I began to seek it like an addict—not just in myself, but in others. Somewhere deep down, in the afterglow of Canadian gold, I vowed to find that 1 percent. There are a thousand roads to greatness. So far, this has been mine.

Barrie Shepley’s quest to find greatness in himself and others has been far from a straight line. His job as a professional coach and TV sports commentator has taken him to all corners of the earth where he’s experienced many unexpected twists and turns. The stories that Barrie tells will have you crying, laughing, holding your breath, and, at times, even applauding. His stories are about sport but also about life, love, success, and failure. Whether a sports fan or not, this book carries lessons for us all. Learn about Barrie Shepley and his unforgettable journey from small town roots to the highest level of sport success, but also learn what it means to find the best in yourself along the way.

Barrie Shepley is a true Canadian sports legend. It’s hard to say whether he’s better known for his coaching instinct or announcing talent, but if you know the sport of triathlon, you know Barrie. His professional coaching career began in 1991 with Canada’s national triathlon team, and since then, Barrie has coached over 500 people to championship titles, Pan American Games and World Championship medals, as well as successful Hawaii Ironman and Boston Marathon finishes. His coaching game took a worldwide turn in 2000 when he was selected as Canada’s first Olympic Triathlon Coach, and he was one of the many important advocates for the tri-sport as it made its full-medal-sport debut in Sydney. Beyond coaching, Barrie’s unforgettable commentary eventually made him “the voice of triathlon” with his World Cup Triathlon Series TV commentary, and he’s been a well-known fixture in the sport ever since. As president of the Coaching Association of Ontario, Barrie currently advocates for fair sport in the name of our coaches and athletes, not just in triathlon, but for all athletics across the board. Whether as coach, announcer, or association president, Barrie Shepley has always had an important place in triathlon’s history. And because of triathlon, his own story so far has been truly great.