UFOs, TELEPORTATION, AND THE MYSTERIOUS DISAPPEARANCE OF MALAYSIAN AIRLINES FLIGHT #370 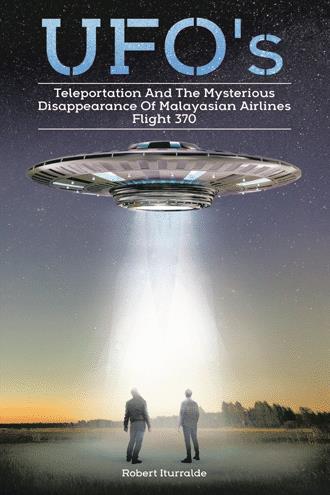 About 3:30 p.m., the senior flight instructor at Fort Lauderdale picked up a message from someone calling Powers, one of the student flyers, requesting information about his compass readings. Powers answers, “I don’t know where we are. We must have gotten lost after that last run.” The senior flight instructor contacted the Flight #19 instructor, who told him, “Both my compasses are out. I am sure I am in the Keys, but I don’t know how far down.” The senior flight instructor advised him to fly further north. The gyro and magnetic compasses in all the planes were going crazy, showing different readings. After that, the powerful transmitter at Fort Lauderdale was unable to make contact with any of the planes. The personnel at the base were very worried and they began a search. So they sent a twin-engine Martin Mariner Flying Boat patrol with a crew of thirteen men from the Banana River Naval Station. Further, the Martin Mariner reported strong winds. According to official records, this was the last message received from the Flying Boat patrol with a crew of 13 men. Immediately, a message was sent to all the search planes that there were now six planes missing. The next day one of the greatest searches ever in American his- tory took place. The search and rescue of the six planes involved 307 planes, four destroyers, eighteen Coast Guard boats, several submarines, search and rescue cutters, hundreds of private planes, yachts, boats, and additional PBMs from the Banana River Air Naval Station, also help from the RAF and Royal Navy units. The search included a daily average of 167 flights, flying about 300 feet above the water from morning to night. The search covered 380,000 square miles of land and sea, including the Atlantic, Caribbean, parts of the Gulf of Mexico, and Florida. Further, the air search completed 4,100 hours. The beaches of Florida and the Bahamas were searched daily for several weeks without success. Moreover, no floating devices, no rafts, wreckage, or oil slick were found. Interestingly, during the search for Flight #19, witnesses reported UFOs—lights in red, green, and white described as streaking or dancing were seen from as far as the Keys to the Atlantic Ocean off Jacksonville. The same phenomenon is reported now before or after the disappearance of a plane or people. Flight #19 seemed to be lost in perfect weather. The reason is that the intelligence behind the UFO phenomenon can change human surroundings or the mental ability to see reality. That makes it easy for UFOs to kidnap planes and people. I would like to mention that teleportation can take place with- out the physical presence of a UFO because the intelligence behind the UFO phenomenon has a super advanced technology that is beyond our imagination. The closest that I can imagine is that the UFO intelligence is somewhere in the universe, manipulating the basic structures of nature at the quantum (physics) level. Moreover, I want to describe the following events because they can help us to explain the disappearance of Flight #370. And then I will continue with the planes’ disappearance. 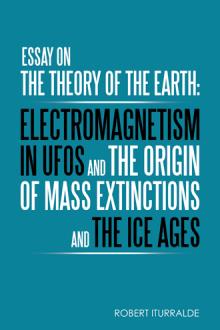 Essay on the Theory of the Earth: Electromagnetism in UFOs and the Origin of Mass Extinctions and the Ice Ages
Robert Iturralde
$13.99 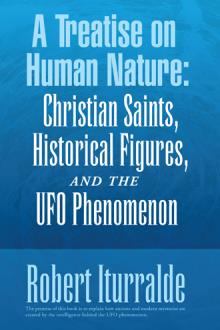 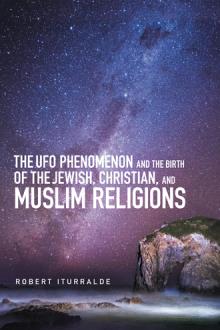 The UFO Phenomenon and the Birth of the Jewish, Christian, and Muslim Religions
Robert Iturralde
$17.99

This book traces and explains the mysterious disappearace of Flight #370 from the departure from Kuala Lumpur airport to the sudden vanishing in the Indian Ocean. Also analyzed the different theories about the disappearance of Flight #370. Further I mention different cases of planes, ships, and people that had been teleported throughout history.