Why All Parents Must Be Empowered To Choose 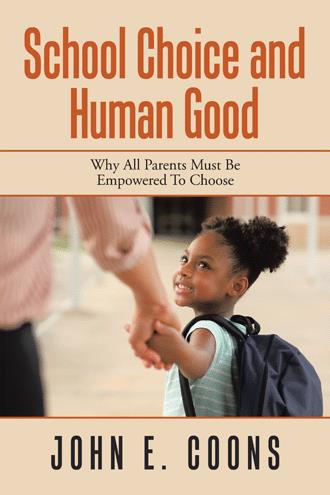 Once upon a time, my late beloved, wife, Marylyn, and I decided to count the semesters that our five kids had spent in “public” and private schools beginning in Illinois in 1963 and continuing from 1968 in Berkeley, Calif. Why would such a proportion have mattered to us? I suspect that Marylyn’s years as a public schoolteacher plus her strong sense of parental and civic responsibility had, for that moment, made yesterday’s decisions seem a matter for self-examination. I’m not clear that our answer (precisely, a 50-50 split between public and private schools) was directly relevant to the ongoing quarrels over “school choice,” but it can serve as a specimen of the control so cherished by parents like ourselves of middle or higher incomes, over where their child shall spend his or her 2,340 days experiencing the formal schooling required of all kids. Parents like ourselves have not merely the abstract legal authority to choose the school but the means to do so, either by moving to the neighborhood of our preferred public school or paying private school tuition, as we did for one-half of our children’s school years. But the children of the poor also have to be schooled; in truth, their need is often greater. And their parents’ authority to choose could be realized, just as our own, without increasing the total cost to the taxpayer – if that be an object of reform. The dignity of the poor could be realized as was ours; their domestic roles could be validated and celebrated. The loser, obviously, would be the officers of the teacher unions for whose welfare the poor have been kept in bondage. I can’t shake the memory of my friend Albert Shanker, president of both the United Federation of Teachers and the American Federation of Teachers, and his oft-repeated slogan: “I’ll represent children when they start paying union dues.” Of course, each child does exactly that when forced by family poverty into a school the parent loathes.

John Coons is a progressive Berkeley law professor emeritus who in 1978 published a seminal book on the need for private school choice in the United States for children of lesser means. His motivation was and is straightforward. Families of greater means have always chosen their children’s schools, whether by moving to preferred neighborhoods or paying private tuitions. Coons says we can’t with good conscience continue to rob poor children of similar opportunities, children who often have the greatest educational needs. This book represents the ongoing observations of Coons, now 92 years of age, as he has written in brief essays published on an education blog in Florida – a state with an extraordinary degree of K-12 learning options. In a political arena that has been polarized on the issue of educational choice, Coons is a reminder that Democratic progressives were among the earliest to see value in expanding the educational universe of disadvantaged schoolchildren.