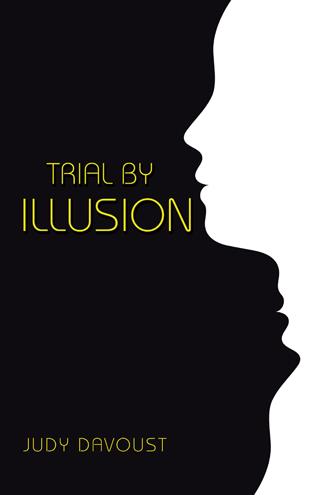 On the sofa with the morning sun warming my face from the nearby large living room window, I closed my eyes, fell into deep meditation where consciousness is at its highest, and whispered. She spoke and loved, all in one sound. "My child, we are here to love and earn. I know that your heart is weighing many egoical illusions that are so well-defined that you experience them as real. They are not your truth. However, I recognize that you are open to acknowledge your need to establish a relationship with your dad. So maybe we can begin there." "Sissy, I need help understanding him so that I can tolerate his personality and not be absorbed into his dynamic hostility, overriding pessimism and hurtful judgment. It is extremely difficult to stay in high consciousness when I feel barraged by emotional bullets. I need tools, insight and an openness to try to love him without fear." "Dear one, thank you for asking to learn a lesson that will accompany you your entire earth plane experience. Your dad is an excellent example of a perfect soul who does not know his goodness or believe he could find it and live it. He believes his existence is a war of 'us' versus 'them', where he has to be perpetually on guard and totally in control. That is the abnormal way he has found to feel safe with his fear. His illusions are that the world is harsh, rewards are few, others are not trustworthy and happiness is illusive. Almost everything he feels is projection, which is the practice of assigning to others that which one actually feels himself. He doesn't trust others because he feels untrustworthy; he sees his business partners as cheaters because he would like to cheat (or does, in fact, cheat) as he assumes they do, or he tries to control others before they have a chance to control him because he greatly fears loss of control." "Whoa, girl! That's a lot to put my head around. I have always been afraid of him. Does that mean my fear of him equates to me being afraid of myself?" "Exactly. So, my child, look inside to your knowingness to give definition to what you are afraid of, which, of course, is an illusion to teach a lesson." The first sensation that arises is that I am afraid that he does not love me because he doesn't treat me lovingly or say that he loves me. I have always felt that I was on probation, and that as soon as I proved I was good enough, I might get some sign of approval or acceptance." "I know, sweet love, that you have worked very hard to deserve his approval, when, ultimately, all this illusion is to show you that HE needs approval, acceptance, recognition and freedom to finally accept himself. You have both played your parts well in trying to achieve the acceptance that was already yours, absolutely holy and free of charge." "Sissy, I feel trapped in the action/reaction scenarios every time I am with him. His ego is his identity. He is angry, has to be right, speaks righteous indignation and is a bully. If I see that in him, are you saying that is also in me?" "Child, what is in you when you interact with your dad is ego identity. You allow yourself to be dragged into the battle, the unholy denfinitions that are the result of accepting his illusions that he holds dear. You both have a common divinity. Don't let go of yours. Do not mistake your ego identity for who you really are. You must stay conscious and aligned with Spirit. Have faith that you can do this and see your dad's divinity." As I sat mulling over everything Sissy had said, I kept hearing the words: "see your dad's divinity." Nothing about the combination of those words was anything I had ever thought about or could believe, at least for the moment. Dad and divinity...dad and divinity. After a while I stopped thinking of him as Dad. I changed the focus to think of him as a brother human being, knowing that we are all one on the planet living our contrived illusions thinking that they produce survival or some sort of assurance to combat our fears. Then I saw him as a little boy, scared and hungry in the Great Depression, a young man with academic and track scholarships to Purdue because he was valedictorian and ran cross-country to get to school and back, a newly-married soldier going through unspeakable battles, a father way before he was prepared for the role or the responsibility, an entrepreneur who always thought he was going broke, an older brother to three others who had no vision of goals except to survive, caretaker of a father who expected it without contributing or gratitude, a man exhausted and who felt cheated in life no matter how much he gave or did. Dad lived on a diet of fear and self-pity, but he got up every day to pay homage to his suffering and destructive delusions. All of a sudden I realized that I knew who he was and that I had a leg up knowing that we were divine and stuck in our family-struggle illusion that would continue without my intervention. To intervene, I knew I had to stay in high consciousness, know when to keep quiet, not confront anything unless to not do so would do harm. I should give love the best I could and know that the illusion is not the Truth. I felt a bit of confidence, but not a whole lot! Having spent twenty-five years afraid of him, trying to please him, hoping for some even ground, I took a deep breath and picked up the phone.

TRIAL BY ILLUSION is an unabashed chronicle of a lifetime filled with adventures and unexpected tragedies that sculpted character and faith. Sissy Jean, the non-physical being introduced to the author at age ten, accompanies, teaches and loves her through the grief of prematurely losing those loved most. Spontaneous adventures as a pilot, biker, therapist and activist underpin her spiritual quest for fulfillment. Simultaneously, Davoust exposes, in sensitive detail, the personalities of her family of origin and her struggles to forgive, accept herself and grow, making peace the cherished goal. This book outlines her life long struggle to overcome Ego-identity and embrace the fullness of spiritual awareness

Dr. Davoust enjoyed almost forty years of a thriving psychotherapy practice. Her intuitive approach to the welfare of her patients, coupled with extensive experience of world travel and studies, made her a sought-after practitioner and speaker. Her metaphysical beliefs offer workable recipes for a more peaceful daily life.