The Rain And Max Saga 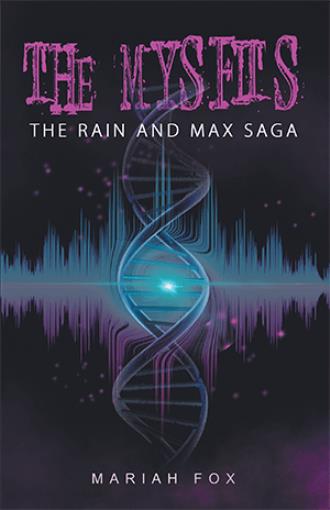 “You're not auditioning, are you? I thought for sure you were one of my groupies, you know, here to throw your panties onto the stage,” Preston says mockingly. He is the most narcissistic, horrible, beautiful guy she has ever met. Rain gets up to face him, but before she could utter her retort, “Preston Claiborne,” is announced, and the crowd roars with the obnoxious screams of girls. Their high-pitched tones feel like Freddy Kruger ripping out her eardrums. She covers her ears and watches from the wings as the lights go up and Preston, literally, takes the stage. Against everything Rain assumes about him, he softly begins to sing Ben by Michael Jackson. Rain knows at least one reason why every girl in town he is here and why is so cocky. His voice is like velvet and his stage presence is mesmerizing. He is incredible, there is no denying that, or how badly she finds herself wanting him. His voice produced sound waves that traveled through her entire body finding places that took her breath away. Her physical connection with sound is not always torturous, and in this instance was proving to be oddly pleasurable. Trying to refocus, she thinks, “What the hell is going on?? Get it together Rain! Freaking hormones!” He left her breathless, pulsating, and confused. She hated him, but his voice was hiding something that was inside of him, music never lies. There was a purity, sadness, and, without a doubt, a sexiness. The next two performers came and went. She thought they did not have enough substance in their sound; it seemed basic, lacked passion, and was incomparable to Preston. Finally, she hears Mrs. Armstrong announce her name. Rain's heart is pounding in her ears and her stomach is flip-flopping. There is a second, she thinks she may be sick. She breathes deeply and walks slowly to the microphone. The center spotlight drowns her in a sea of white. She is blinded by the brightness and battered by the loudness of the silence. Every movement of every chair, laugh, sigh, her own pulse in her ear, is overwhelming. The room starts to spin. She clears her throat. Through the light she can make out Preston sitting in the second row leaning back, arms crossed like he is expecting some kind of triumph. She scans the audience seeing the faces of the socialites, “the Club Members,” the people she tries so hard to be different from, now all watching, anticipating her failure. Those few seconds feel like an hour, and she quickly loses all hope. She is paralyzed with fear and all the sounds in the room are hitting her like bullets. It is too much; she wants to run off the stage. Then Rain's attention is diverted, hearing a soft distant melody line she recognizes. Maxidus leans forward humming his lullaby to her, just loud enough for her to hear. Telepathically, he says, “I'm right here. You can do this. Listen.” It’s the song she wrote just for him, only him. The specific tone and frequency that calms him when he is lost in the Darkness. The only sound that can break through when nothing else can reach him. He now hums softly, knowing, this time his sister needs him. It doesn’t matter that she cannot see him, she can hear him and feel him. Rain closes her eyes, focusing on the sound. It's her Max, his soft humming, his energy, and his gentle heartbeat. She strums the guitar and sings back to him. Music pours directly from her soul. She puts all of herself into that sound and transcends the music; it turns the heads and hearts of everyone in the audience. Something that neither she nor they could have ever anticipated. Rain feels herself return to the earth, finishing the last stanza. Her music, for a moment, lifted her out of her body. She thinks she is possibly hallucinating from the overwhelming nervousness. The sound waves flow from her; she sees the colorful energy bursting out in all directions. She scans the faces in awe looking back at her. The judges, her peers, Beau, even Preston, but most importantly, Maxidus. She can see the glisten of a tear streaming down his cheek and he beams his big, perfectly imperfect smile at her. Max has felt all her emotions, clearly living this moment with her. Rain knows that she left it all on the stage, as her final notes are left lingering in the air. There is a brief second of pin-drop silence. Then, a roar of applause; cheers that would have humbled the greatest of artists. Her heartbeat throbbing loudly in her ears. She humbly dips her head in a respective bow and exits. The next performer takes the stage. She walks to the wing and feels the cold stone wall, using the time to reflect on the moment; regardless of its outcome, this has been an amazing experience. When the next performer finishes, she sneaks down the side steps, from behind the curtain and slips into the audience. The house lights go up. Rain can see where Beau and Max are sitting and moves through the aisle to get to them. She passes Preston, moving nearer to them, he grabs her by the arm, gently pulling her in, as if to say something; and for the first time he is lost for words. She pulls away from him, looks straight into his bedroom eyes, and says, “I believe what you're trying to say is, next time you will be throwing your panties,” and heads to her seat feeling vindicated.

The Castor Family lives in a small Florida, where they try to conform with the social elite. Masking secrets, abuse, and pain. During the trials of typical adolescence, two siblings, Rain and Max begin to discover they possess other worldly abilities.

Rain, 17, the older sister, is haunted by her past and plagued physically by sensitivity to sounds. Rain defies her parents, auditioning for and winning a coveted seat in the Music Conservatory program. Where she finds love and solace in the music, and in two beautiful men. They force her to face herself, her wants, her needs and decide which she should choose, who is best for her. Who is wrong, and why do they both feel so right?

Maxidus, her 10-year-old brother, is forced to undergo psychological testing, after an outburst of rage, which proves him to be a child prodigy. Unlocking limitless learning potential. Max quickly develops abilities; he knows are not of this world. He uses his newfound power to help a friend, unknowingly creating a rip in the Akashic Records.

Max helps Rain to understand her sound affliction is a gift, one she can use in powerful ways, after he makes a shocking discovery.

The two battle the internal forces that lie within them, until they both realize the truth. A mysterious gift arrives from their biological father, unleashing a power that neither of them could have ever expected. Culminating a dramatic chain of events that will change them both forever.

They will fight for the light, For the darkness has come calling.

Mariah Fox is an actress, singer, writer with over 30 years of experience in theatre, film and television. Recently starring in Aaron Johnson's award-winning series Predestined. A graduate of the American Musical and Dramatic academy her career has taken her to Broadway and around the world. Retiring from touring to build a family, Mariah recently finished her Biomedical Engineering Degree. Using her creative passion and scientific knowledge Mariah creates a unique, magical adventure with a spiritual message. A wife, mother of three, business owner and studier of the Akashic records, she integrates all of herself into the creation of a new Universe birthing two new superheroes.