I Am The Maple 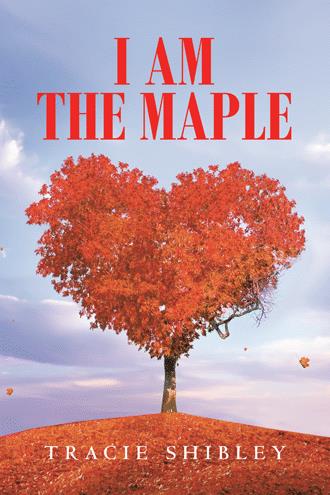 Clouds of exhaled breath lingered in front of my face. Darkness was all there was beyond it. The thumping and swooshing of my heart echoed as if I was hearing it from outside of myself. My face and head were heavy, too heavy to lift, and I couldn’t move or speak. I was observing my body and surroundings, but there was no inner voice explaining to me what was happening or why. I knew who I was, but I wasn’t the same me that I was familiar with. I should have been terrified, but I was strangely calm. Peace covered over me in a blanket of warmth as the echoes of my heartbeat softly faded into silence. I floated there for what could have been seconds, hours, or even days, until a loud, piercing sound grabbed a hold of me tightly and forced me into a cold and blinding light. I blinked over and over, trying to make sense of things, but my vision was blurred, and my thoughts were erratic. The taste of blood, thick in my mouth, was sickening. I heard someone crying softly and I recognized the voice as my own. My body was being moved around like a bag of broken pieces smashing into one another, and each piece throbbed with its own separate ache. My inner voice was back, and it was telling me that something terrible had happened and that I should be afraid. That’s when I realized that I was being pulled back and forth between life and death. Death came in strong and took the lead, but life came in with more force and determination at the finish line. Life won, and so it would be, a much different life to live.

Julia is stuck in a place of desperation, instigated by mistakes that have hurt the people she loves most in the world. Even though her husband and their children have seemingly forgiven her, she cannot forgive herself. As she sits on a stone wall eighty feet above a concrete walking trail on a cold winter day, Julia is prepared to jump—until fate steps in and changes everything. J. P. is a marathon runner who is suffering catastrophic injuries from a car accident. After he is told he cannot run again, he must rely on Julia, his physical therapist, to not only guide him through his physical challenges, but also his emotional obstacles. When she hands J. P. an inspiring note at the end of his therapy, will it change how he views himself and his life? Through struggles of illness, abandonment, poverty, loss, and failure, the lives of Julia, J. P., and five others intersect as each are shown a glimmer of light in their darkest days and then use that light to ignite the flame in others. I Am the Maple is the inspiring tale of friendship, love, and the strength of the human spirit as destiny leads seven people to cross paths and help rescue each other from the darkness.

Tracie Shibley resides in Ohio with her husband, three children, and pooch. She is a poet at heart, and a voracious daydreamer. Her favorite things to do include spending as much time in nature as possible, laughing often, and frolicking around inside her own imagination more than she is willing to admit. She works as a Registered Dietitian Nutritionist because she loves food and nutrition as well as spending time in the kitchen. In her day to day life, she looks for opportunities to connect with those around her in a positive way. Tracie writes from her heart with a deep sense of empathy. Her intention is to spread joy and love because life is too short for anything else.