A Quantum Leap into the Aquarian Age 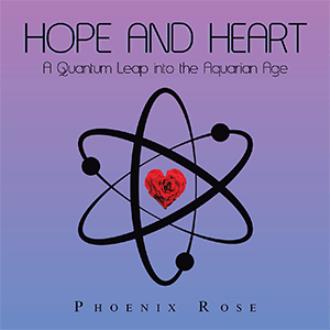 QUANTUM HOPE: A PARADIGM SHIFT IN SCIENCE With excerpts from Poem – DISCOVERY When I was a kid growing up in the fifties, Nature enthralled me with her beauty, hum, and tranquility. Her flowers, the sea, the vast blue sky of day, and the starry one at night—all created a magical wonder in me. I recall, though, childhood “arguments” with friends about how God could have created everything. Did he make chewing gum? Bubble stuff? Baseballs? Kids still question about these. Today, decades later, scientists continue to wonder as there are many unknowns in the Universe. Each answer found presents new questions. Quantum physics has been around for over a hundred years but is still not well understood. Early on, physicist Niels Bohr said, “If you’re not puzzled when you encounter quantum physics, you could not possibly have understood it.”[11] Albert Einstein was frustrated by it, wondering where order was and famously saying, “God does not play dice!”[12] You see, Newton’s laws of physical motion, including cause and effect, did not seem to apply at the subatomic quantum level. There were paradoxes in quantum physics. For example, how could a subatomic wave also be a particle? How do matter and mind interact? Science cannot allow paradoxes, for it would mean there was something incorrect about the premise. This begs the question: Will the realms of science and God ever realign? “I don’t believe that chaos reigns mid bits of quirk and quark. That Law is dashed and order feigns to conquer all that’s dark.” The exciting news is that a growing number of scientists, including theoretical quantum physicist Dr. Amit Goswami, have solved the paradoxes and scientifically proved that all-pervading, immaterial consciousness, not physical matter, is the basis of all being. This is huge! It means that science has discovered and recognizes a spiritual side, that God is not dead, and that “this God is objective; it is scientific,”[13] not anthropomorphic. Quantum physics is telling us that Nature includes the supernatural—the nonphysical![14] We must understand that not all scientists agree on this new idea. However, one group of quantum physicists (new-paradigm thinkers) put forward their understanding that all is ultimately vibratory consciousness manifesting at graded levels. At the highest level of consciousness, called quantum consciousness, all is one and is creative and causal. One might ask then: Why does each of us sense the me of individuality? Our sense of separateness is due, in part, to conditioning through experience, plus the need to distinguish one thing from another as we function in the manifest, material world. We see something and make a judgment about it based on prior observations. Through evolution and free will, humanity is slowly working its way to higher levels of consciousness. “In the quest for what and why each answer found brings the awe Of simplicity to mystify while exposing the next layer raw.” Further, if all is one at the quantum level, God or Source is the ultimate generator of everything. Thus, competition disappears; that is, each person strives to improve oneself rather than beat someone else. Phew, what a relief! So does that resolve my childhood question? Read on. My Secret Chair I have a secret chair outside Tucked neatly in the woods That the north side of my house does hide, Creating feng shui good. It’s mostly hidden from the view Of all who happen by me, For when I’ve called to friends they truly Peer, yet cannot spy me. It’s a perfect place to contemplate The mysteries of the world: Is it destiny, fate?—or do we create Issues which round us weave and swirl? In spring when snowmelt gurgles past My chair legs stuck, all a-mire, My spirit’s struck by Nature’s vast Rebirth, an energy all afire. Snowdrop, trillium, daffodil, fern, A new parade week to week. Each one Nature starts, each takes proper turn. Asking how, I await wisdom to speak. From my chair, ’mid circling cedar arms, In awed expectation, I a whisper hear. “Bring oneself into harmony with all, The veil now to tear.” The Aha Moment Winds of change blow in, Clearing stale thoughts from my head. Inspiration’s here! Like A Child Ever notice how a child can sit for hours on end Just watching ants in ordered drill march to and fro again? Or how when only very small, perhaps just one or two Bright wrappings, ribbons, and fancy bows are better than toys all new? A dandelion when brushed or blown, by chance or with intent Can bring a smile or clapping hands watching dancing seeds’ descent. Youngsters puzzle that Luna so full slowly shrinks to a C pointing right, But when she grows the C points left, yet sometimes she’s clean out of sight! Kids acknowledge wonderment everywhere, so this is the meaning of AWE In a blossom, the moon, for each head’s every hair, divine love is ever the law. If we regain a child-like trust, and thrill in each simple thing, Shedding our often cynical eye, then our true inner being will sing. Angels ’Round Us When life’s spun me eddies or ripples And a sense that I’ll give up and drown, Instead of succumbing or being crippled, Inside me—a courage I’ve found. Oft when not sure which path forward, A kind soul said merely a word That redirects thoughts I’d moved toward Thus, my path became reassured. Ever ’round us are angels or mortals Who would help us to stay true and right. Penny dropped, and we find a new portal, Which invariably leads to the Light. If in life you would stay high and dry, Listen well with all senses, a mote, Whispers soft or a child’s outcry May just be what keeps you afloat.

As the Aquarian Age begins, will science and spirituality reconverge? Are you ready for the electrifying changes you may experience? The Age of Aquarius is associated with hope, cooperation, equality, and tolerance. Its symbol, the water bearer, is pouring the energies of electrifying change through Uranus onto planet Earth. These vibratory frequencies can evoke new thoughts and a higher mind to evolve human consciousness. In Hope and Heart, author Phoenix Rose focuses on the positive qualities of these possibilities, both as an individual and as a united human race of the planet. Her commentary on the world’s one-consciousness tradition found in ancient wisdom and Quantum physics is communicated clearly and in straightforward language. She offers a multifaceted collection of poetry and prose that touches on everything from animals to stars to one's precious thoughts, sharing what was going on with her at various moments—ripples in her life. Phoenix Rose's sensitive and thought-provoking poetry reveals her love and attunement with Nature and all life, augmented by her burgeoning artistic endeavors. Her selections transport you to a peaceful world of awe and wonderment of being while reflecting within yourself with every page turned.

The author, a student of Metaphysics for 50 years, shares her journey through a Poetry and Prose Anthology about Aspiration, Hope, Love, Self-reflection, and a new understanding of consciousness and science. A writer, artist, student of life, and perennial volunteer, Phoenix Rose holds an Associate of Arts and Sciences degree from North Lake College near Dallas, Texas, and at the University of Texas at Arlington, was inducted into the Alpha Chi Scholastic Honor Society. She enjoys Taoist Tai Chi, yoga, forest bathing, gardening, and especially walking the beaches of Georgian Bay, Ontario, and those near Charleston, SC, with her husband. The mother of three, she has six grandchildren.