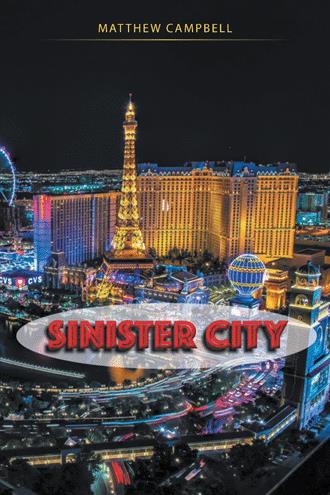 Ace and Alex are impatiently waiting outside of Ace’s Escalade in the dark, dingy car port of the Stratosphere. Ace takes a seat on his bumper and seems lost in thought. No doubt reflecting on the incredible stroke of luck he had winning the World Series of Poker. Alex begins pacing around the aisle, then begins searching to see if they can see a lost Neal wandering around. Unfortunately, Neal is nowhere in sight. Alex cups her hands around her mouth and screams out for Neal. No response. Out of nowhere a large sleek black Dodge Charger driving way too fast comes up behind them to a screeching halt just a few feet from Ace’s Escalade. Lou quickly jumps out of the car followed closely by Ian and then finally Flipper. Lou viciously punches Ace in the jaw knocking him to the ground as Alex screams. Ace groans as he picks himself off the ground and grabs his championship hat. Alex lunges at Ian as he screams, “Leave him alone you fucking assholes!” Lou easily blocks Alex’s punch at Ian. Lou throws Alex mightily into the Escalade like a professional wrestler. Her head bounces off the back of the Escalade with a loud Whomp! She lays next to the driver’s side rear tire, catching her breath, afraid to move. She lays down and grabs her injured head afraid for her life. Lou roughly grabs Ace and picks him up off the ground. Lou smashes Ace’s body against the Escalade and grabs him by his throat with his free hand. Ace gasps for breath, wheezing. He has bruising on his face and jawline and groans as blood trickles down his chin. Lou sets Ace down tightly gripping the back of his shirt collar as he yells out to Flipper, “Pop the trunk, fat ass!” Flipper quickly looks for the button inside the driver’s side panel to pop the trunk, but he cannot locate it as he looks for it frantically. Ian aggressively shoves Flipper out of the way and quickly presses the button to the trunk. He easily finds it next to the gas button to the left of the accelerator. Lou pulls open the trunk as both Lou and Ian toss Ace into the trunk. Neal is on the opposite side of the trunk underneath Ace, still unconscious. Neal’s body shifts from the weight of Ace being thrown in as the shocks of the Charger bounce up and down reacting to the weight of Ace’s body. Ace looks up at Ian with his eyes wide. Ace sees the huge elbow of Ian coming crashing down on his head but is unable to react. Ace is immediately knocked out. Lou slams the trunk violently and snickers as he walks to the driver’s side front door. Ian opens the passenger side door, studying Lou as he slides inside the Charger’s plush leather seat, “You didn’t kill that girl, did ya?” Lou barks back, “Just get in, she’ll live.” He fires up the powerful Charger as the engine roars. Flipper sympathetically stares at Alex who still has not moved from the ground. Lou rolls down the window and yells at Flipper, “How long does it take to get your fat ass to get into this car?” Flipper frowns and walks over and hops in the back seat. As soon as the door is shut, Lou slams on the accelerator and the Charger screams out of the carport. When Alex no longer hears the roar of the Charger, she slowly begins to move. Her eyes flutter as she slowly opens them and looks around for the mobsters. She groans loudly as she picks herself off the ground. She grabs her head which is intensely throbbing in pain. She feels as if she has just been kicked by a horse. Alex knows that it is now up to her to help save Ace. She does her best to not physically show any sign of the excruciating pain she feels as she makes her way back to Neal’s hotel room. Entering the room, she gasps as she notices the broken door frame and begins looking around the disheveled room. Sadly, there is no sign of Neal. As she continues surveying the room, she has a sinking feeling in her heart that Neal was also in the trunk of the mobster’s Charger as well. She sits on Neal’s bed with her face in her hands, unsure what to do and begins sobbing. She looks up as she is brought back to reality by the snores of Mika and Carlos.

When Neal and his high school buddies go to Vegas for one last hurrah before college, they soon realize they are in for way more than they bargained for. Neal’s father Ron has been a wanted man for nearly two decades by the mob after witnessing a hit in Miami. The early release of Santos; the new Don of the Milano family leads to a revenge plot against Ron. Neal and his friends soon find themselves hunted by the mob in a cat and mouse crazy ride set along the backdrop of The Vegas Strip. Sinister City is filled with raunchy comedic moments, shocking plot twists, adrenaline-filled action and hardcore Vegas shenanigans.

Matthew Campbell was born in Lodi, California. He is an author, award winning screenwriter and actor now residing in Sydney, Australia. He brings his unique blend of comedy and real-life events to the page of ‘Sinister City’.