Being in a Girls World 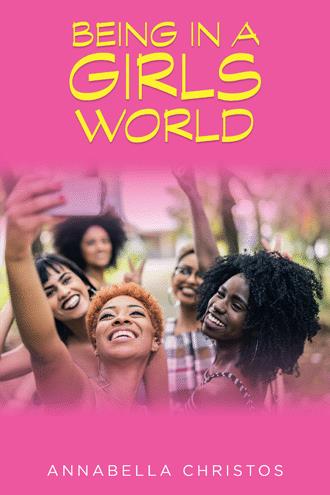 Mindy wondered what was up with these girls? First they wanted to tell her who to be friends with, then they told her what sports she should join and shouldn't, then they made fun of her for having friends as boys but no boyfriends, now they were telling her she should drink because "everyone did it". It wasn’t that Mindy didn’t drink, it was just Why get so wasted at a get together like this? Mindy did not like how these girls always seemed to be shoving her in one direction then the other. They all thought something was wrong with her for not having a crush on someone, for not drinking underage whenever they felt like it. No matter who they were they were all as bad as each other. "Look, I thought we were going to hang out and talk and stuff?" Mindy said. "Not before we get a drink in." "How long have you been drinking?" "What? Don't tell me you don't drink?" Mindy kept quiet. "God, there's nothing more boring than being sober, jeez!" The bottle of wine was swigged down again by the girls except Amy who refused again as Mindy watched on. "So - you used to hang out with Sandra and them?" Miranda asked. "Used to." "So what they never drunk?" Mindy tried to say “sometimes” but was stuck for words. "God let's not talk about them bimbos. So God damn annoying," Miranda spat. Diana, Patricia and Amy all nod in agreement. "What did you have in common with them anyway? Thinking they own the world and shit. Damn, bitches." Miranda stretches out her hand to take the bottle of wine from Patricia then takes another deep swig swirling the wine in her mouth before swallowing. What did she have in common with them? Thought Mindy. "So, you think you're better than them?" Mindy finally asked. None of the other girls said anything for a while. There was silence. "Well at least we don't pretend to be better than anyone else. We don't try to trample on people on our way to the top. We don't suck up to teacher's, we actually work hard... Yeah I think we are better than them." "They work hard too." Miranda laughs out loud. "Oh yeah when? When they're busy looking at themselves in the mirror?" "No, but...never mind. I just remember them getting as good grades as you do." "Look," Patricia said, "I'm on my way to getting all As for my GCSE's. How can they be getting As when all they do is talk in class and do nothing?" "I don't know but then maybe they're just..." Mindy wanted to say they were possibly smarter but thought against offending them. "Look, let's stop talking about them. We came here to have fun so - let's have fun. Alright?" Amy said. "Yeah, we don't need to ruin our night," Diana said. The girls checked their eyeliner and mascara in the bathroom mirror before heading out. Miranda quickly called to her Mum upstairs just as they were ready to leave. The air was brisk as the girls held their coats close to their chins. Just like the girls Mindy first used to hang around with two of these girls had their arms locked in one another as they strode down the street. When they had gotten further from Miranda's home some of the girls began to walk down the street with hands in the air screeching loudly at the people that passed them by. The girls were laughing with each other without caring what other people thought. Mindy watched this behaviour from behind. She wanted to put her head down and pretend she didn't know who these girls were but their behaviour reminded her of when she was one of the boys and eventually the infectiousness of the girls rubbed off on her. She began to smile. The girls were obviously drunk, which Mindy didn't like, but the way they were having so much fun made her feel more apart of things than she had in a while.

Monica is a girl who doesn’t like doing girly things. Until she is expelled and enrolled at an All-girls school that is. Monica is nothing like her new “friends” but somehow tries to make it in this new world of girlhood. Here she meets different girls all the same but all different and hateful to each other. Although Monica at first does reject this world of being a girl, she embraces her new self. A girl who is rough around the edges but a girl still. Is Monica really prepared to handle the reputation she has always had? Or will she change?