Mind, Body, Spirit And Discovering the Purpose of life 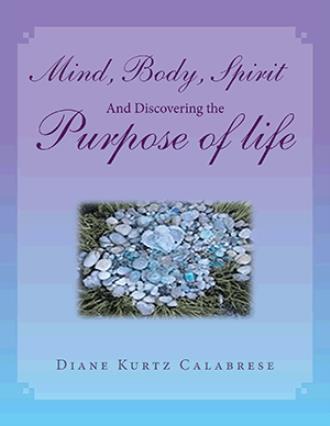 Although our brains have influence over our bodies, we must remember that our spirits are involved in the equation as well. The belief that consciousness is solely in the brain is a belief of the past. Our consciousness goes beyond our brains. The brain constantly communicates with the body, as the body communicates with the brain. Scientists have proven that life does not at least immediately end right after death; there is research to prove we exhibit consciousness until two hours past death. After that we do not know, because to my knowledge no one has returned after that long. According to cell biologist Bruce Lipton, PhD, cells impact the mind-body-spirit connection. He claims that cells are constantly communicating with each other via photons of light in the energy field right outside the human body. They receive information from the brain and energy field and respond accordingly. Lipton claims when we experience an emotion, our cells experience the same emotion through energy vibrations and changes in body chemistry. Each cell in the body functions independently and as a member of the community that makes up our bodies. The same is true for the heart. The heart has thousands of neurites that initiate communication with the brain. Both brain and heart are involved in receiving, decoding, and processing intuitive information. The heart receives this information before the brain, which is a fairly new discovery. The heart has a much larger electro-magnetic field than the brain. When the intelligence and energy of the heart are peaceful, and coherent they affect you and others in a positive manner. People such as Dr. Mary C. Neal and Ned Dougherty who have experienced miracles know healing can and does happen without conscious effort. In my own personal experience as a therapist, I witnessed this happen when working with a woman who had been bed ridden for over two years. She was on a ventilator, and initially resisted any attempts to improve. She was discouraged by her prognosis and often refused any kind of treatment. With continued prompting by staff and family, this woman’s attitude toward her recovery gradually changed. Once she demonstrated motivation to improve, I slowly watched her make progress. She was told she’d never walk again and most likely would never get off a ventilator. She began actively participating in her rehabilitation treatments including physical therapy, speech therapy, occupational therapy, and recreational therapy. She began advocating to her doctors without needing her family to intervene. Her attitude changed from complete resistance to resilience. She began regularly accepting recreational therapy sessions and was inspired. She enjoyed guided meditation techniques and aromatherapy, and she began requesting Reiki. She mentioned that her aunt had gone to the Shrine of the Lady of the Island, in eastern Long Island and brought her a small bottle of holy water. After I had implemented her first Reiki session with her, she was in awe. She said, “I felt like something lifted out of me- I feel so light”. After, that session, I noticed she began working harder with physical therapy. She was inspired to go beyond her limits. To the staff’s astonishment, she began walking with limited assistance and she walked right out of the hospital. It was truly a miracle; the staff was elated. It is not something you see every day working in a hospital. Through the mind-body-spirit connection, you can alter your health influencing positive as well as negative energies so be mindful of what thought patterns you have, because they can alter your mental and emotional health.

The purpose of this book is offering every one of you who reads it the opportunity of having a clearer perspective of life…. God’s greatest gift… Life really is a miracle in itself and it is so easy to take that for granted. You are not here by chance; I can assure you that. You are God’s miracle, not by luck or chance… but by purpose. Each and every one of us are here for a divine reason. We are equally gifted by Jesus Christ our life force energy, by God. We are unique in our physical appearance as well as our spiritual essence. We have one soul that is on a journey to learn what it is like to live on the earth plane. And, this is the earth school. We are here for a very short period of time. Don’t leave here not recognizing what it is you came here for.

Diane was practicing as a recreational therapist for 30 years-she holds a master’s degree of Science in Healthcare Policy and Management, and a bachelor’s degree of Science in Therapeutic Recreation. More recently Diane has continued her education getting certificates in various holistic healing modalities-that is her passion today. Diane has worked in many diverse healthcare settings. She is a seasoned adjunct professor for Florida International University. Diane also has a diverse background in healthcare management. Diane has experience writing professional publications and did a cable interview on the Public Access Channel with Dr. Larry Weiss, Associate Director of The Family Service League called “The Center of the Issue”, regarding their Saturday RECESS program for which she was the pioneer in establishing.