The Voice from the Back Row 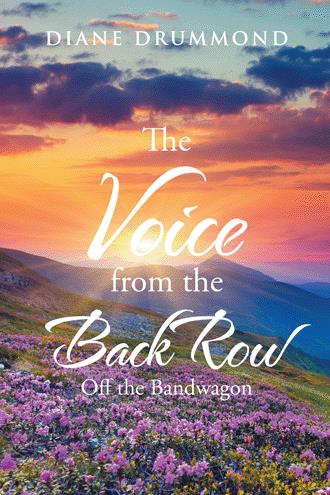 The Voice from the Back Row: Off the Bandwagon began as a simple blog. As the number of postings grew, the impulse to put them in book form increased as well. This book is a compilation of the first 130 posts, and covers the time period from September of 1915 to April of 2021, including both the times of the comparative normalcy in which the energy for change was building and the definitive trigger of the present, the emergence of the Coronavirus Covid 19, which threw that apparent normalcy into utter chaos. The book contains both the author’s personal experiences and her commentary on political and social issues of the times. The posts encourage the reader to look beyond the rhetoric of the media, political figures and popular thought and think for themselves about where events are leading us and the nature of progress itself. When something changes, something is gained, and something is lost. Too often, people do not think about the exchange before the change is set. This book encourages us to take a deeper look at where we are headed, and to be a participant in creating the truly functional world we all desire, in which life is respected, all peoples thrive, and in which compassion, gentleness and stewardship replace conflict, death, greed and dominance. Such change begins with our own inner work and extends into that which we see as outside of us. It includes the Earth, our magnificent and nurturing home in the cosmos. The book is a work to be savored as it is read.

Diane Drummond has spent a lifetime observing life and pondering how people interact with each other, themselves and the Earth through their behavior, beliefs, words, politics, difficulties, and joys. She has traveled widely, both as a child and an adult, and has lived in and observed a variety of cultures. She speaks three languages. She has experienced life as a mother and homemaker, a government employee, a teacher of young children and a mentor of older children and young adults. She loves both reading the words of others and creating through words herself. She is passionate about the Earth and about how humans can relate to the Earth and all its denizens and to each other and the overarching Creative Force which envelops us all in ways that engender the health and beauty of the entire interconnected natural system. If her work can help to bring about that goal, she will be happy.