From Awakening to Understanding 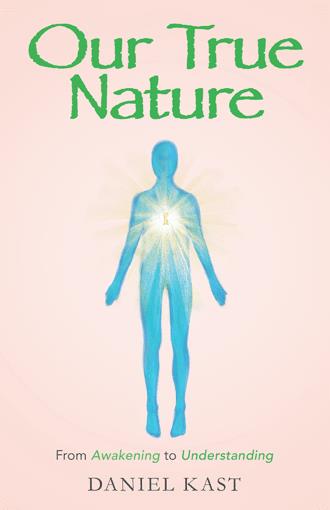 Sunday had come and gone. Monday morning, just past midnight, as usual, I was puttering around on social media before heading to bed. I came upon a philosophical question a friend had posted and was looking for responses to. I generally don't engage in such discussions, particularly on social media. I consider my beliefs and philosophies to be my own, just as you may feel that yours are your own. I'm content to simply let them be. It was an interesting question though, so as I read through the list of responses, I felt compelled to share my thoughts. Because such communication is deeply personal, I responded in a private message. I didn't want to subject it or myself to the scrutiny and possible misunderstandings or misinterpretations of a public forum. What ensued was a long, detailed, profound response that flowed not from my mind but from somewhere deep inside me, from an intelligence far beyond what my mind was capable of on its own. It was as if something had been stirred and awakened in me as if a flood gate had opened and my response was the subsequent deluge. So much so that, upon re-reading the response I had written, I had to step back and sort of scratch my head and wonder where it all came from. I decided to meditate on it. I had been practicing meditation for some time, with only marginal success. I had gotten to the point where I could pretty effectively quiet my mind and experience some stillness and peace, but little else. Even accomplishing that had taken a few years and a tremendous amount of diligence. This night, though, was to be transformative. As I settled in, allowing my mind to settle as well, a profound sense of calm and stillness came over me. I had not known such a state before, and I fell into a deeper meditation than I ever had. My body vanished. It was not as though I had been projected out of it, but fell deep inside, beneath it almost, like a trap door had opened and I had slipped through. Though I was still me, I was not limited to the confines of my physical form. I was pure consciousness: formless, life energy, and I had discovered a new dimension, an entire universe within. As I began to observe my surroundings, I noticed all around me a seemingly infinite number of other energies as shapeless as I was. All of us streamed within a current of energy, a tether if you will, leading to a Source from which all such energies seemed to emanate and return to simultaneously. As I followed my tether, drifting towards and into that Source, I felt completely embraced, completely bathed in light and warmth, enveloped in love, as a newborn being held by its mother. I felt as if I was being cleansed, as if every bit of negativity, every fear, every doubt, and every insecurity was being washed away. It was as if I had merged with or become one with that Source. I realized that each of the energies I observed was the consciousness of every other being in existence and that we all stem from and are connected to that same Source. That we are, in essence, the same being, all branches of The Tree of Life. I could feel every being as one single entity. Every thought, every emotion, every event, every experience, as well as every scrap of knowledge or information that had ever existed or will ever exist I witnessed simultaneously as a singular experience. I was witnessing all of existence without the limitations of time or space. I had been given a glimpse of what it is like to be that Source. Yet, because I had never felt or experienced anything even beginning to approach this, because it was so unfamiliar, it was almost indescribably overwhelming and far beyond my comprehension. I could not grasp what I was experiencing. I could only be there to witness it. After what could have been a split second, or an eternity (timelessness tends to have that effect), I drifted back into my body and slowly arose. An hour had gone by, but it felt as if an eternity had been lived in a single moment. At the time I could not explain how or why, but I knew I was different. That profound sense of calmness and peace was still with me. The never-ending stream of thoughts that was usually in my head was no more. I felt no fear, doubt, nor worry. I knew that none of the insecurities I had previously felt were real, that they had been constructed by my mind. I felt almost nothing that reminded me of who I had been before this experience. I was changed, transformed. Into what, I was still unsure. I was still trying to wrap my head around the experience I just had. I knew it was something I would never fully comprehend, for it was an experience of the spirit, not of the mind. It was something that I knew from my core required no thought, no explanation, no categorizing, or labeling, as our minds love to do. I knew I would never go back to who I had been. I knew I couldn't. There was no way back. Why would I even want to? Why would I ever want to go back to that person who was ravaged by his mind, plagued with fear and doubt, and subject to a never-ending barrage of negative thoughts and feelings? That was not who I was anymore.

Take a trip with the author through the first year of life as an “awakened” being. As the journey unfolds, so does a vast array of subjects that will hopefully help you grasp that which cannot be seen with the eyes, nor heard with the ears but only realized directly by your true self.

By all appearances, Daniel Kast is just your average middle-aged American. However, looks can be deceiving. Through a series of events, coupled with an instinctive or intuitive need to know more about himself, life, and the world, a sudden, spontaneous awakening happened one night. This led to a year of research and introspection through meditation in order to understand that life-altering experience and its ramifications. That, in turn, revealed to him a clear understanding of his and our true nature.