Confessions of a Christian Cynic

How I Found Meaning and Faith 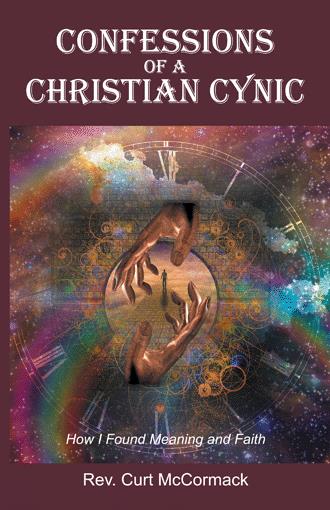 Though cynical as it sometimes is, it has been my journey to discover the Oneness of Spirit that exists in ALL the many faiths. If you were to strip all the religions of the world to their core beliefs, other than their cultural influences, you couldn't tell them apart. We all share the same "DNA" of creation; there is only one race, the human race; since there is great variety and color in God's creation of the human race, there are many paths to God. I have had the extreme joy of breaking bread with the Baha'i's and Hindus, prayed and meditated with the Muslims, Buddhists, and Jews, as well as those in my own faith tradition. I have felt welcomed, affirmed, and blessed by these traditions. Please, understand that this journey is not about criticizing the Christian faith per se, but more specifically criticizing the fundamental issues of the church for its misrepresentation of the teachings of the Biblical narrative of both testaments. I have had to become a student of the history of Religions, more specifically of Christianity, to understand some of the subtle truths about the evolution of the Christian faith over the last 2000 years and its vital message of hope. I still claim the moniker of a Christian as that is my heritage, and I still believe very strongly in the teachings of Master Jesus. However, I could also be a Buddhist or Baha'i. This writing is about salvaging the "Christian" for the 21st century. Have I figured it out, and do I have all the answers? Nope! However, I have come to a place within my soul that I am on the right track. This writing is about my personal journey toward enlightenment. This is my journey, and I expect no one to follow me or believe like me. This is my journey, not yours. If, by some chance, my journey inspires you to find your own path, then my work has been worthy of the effort. What I am about to say is not new. It has been said by others—the early reformers from Huss to Luther in 14th and 15th century, who were very much concerned about the corruption of the faith by the ecclesiologists of the time. Most recently, Bishop John Shelby Spong envisions a New Christianity for a New World. According to Spong, a new world of Christianity can only happen if the fundamentals of the faith are challenged and revisited through the eyes of a 21st century Christian. Spong argues that no one would want to be treated by a doctor that only used 18th-century medicine, let alone by a doctor from the first century. Regardless of our religious persuasion (Religious Science excluded), most of us would want to be treated with the most recent medical advances, including drugs. How many of us would give up our computers and go back to pad and pen? Who would trade their microwave for an open campfire? Who would willingly trade their washer and dryer for the washboard and tub? Who would give up their smart phones, pagers? And, of course, the list goes on! Most of us worship at the feet of technology because it makes our life more convenient but doesn't always lead us on our spiritual path. I remember the first time I went to the library to look up a book, and I couldn't find the card catalog. I asked at the desk, and they said it was gone, replaced by the computer, which was very user-friendly. I was not going to be bullied by technology; I wanted the card catalog, which was familiar and user-friendly to me. Needless to say, I left the library without my book, unwilling to deal with technology. It was some months later before I went back, and I knew I would eventually have to confront the computer demon and learn how to navigate the computer if I ever wanted to find my book. I did go back, and the computer has since become my friend. Granted, we still have disagreements now and then, but we are managing just fine. The point is, we welcome technology and the vast explosion of new ideas into all areas of our lives but one—religion. We still worship and pay homage to a dogmatic interpretation of scriptures derived from a certain time period in history with a very time-sensitive and cultural understanding. Does not God's message to God's people roll and change with the times? We can certainly see a shift in the evolution of who God is from the Old to the New Testament. Traditionalists play the "Jesus Christ the same yesterday and today" card, which has nothing to do with anything except the fact that God's love, exemplified in Jesus, is a constant. "As it was in the beginning, is now and ever shall be." Yet how we experience that love and wrestle with the ethical and moral issues of that love in the 21st Century is not only timely but essential.

What the book is about: This autobiography of Rev. Curt’s spiritual journey offers a commentary on why much of the theology and current practices of the Christian Faith are no longer viable for the 21st century Christian. His historical insights, reviews of the Aramaic and Greek texts, and metaphorical views are based on his life-long study of the Christian scriptures. Today’s Christians have accepted advancements in many areas, including science, technology and medicine, but would not want to be treated medically by a doctor of antiquity or give up their computer and smart phone for the quill and parchment. The only exception has been in religion. Many Christians still want to honor the ethics, dogmas and rituals of an antiquated idea of God. Such antiquated theology sometimes creates a faith of exclusivity that forgets the basic teaching of Jesus to love one another. Curt brings to this discussion the universal principle of Divine Love that is found in all the religious traditions. All humanity, everything in the universe was created in God’s love regardless of race, color, gender, or creed. We all share the same DNA, and while all traditions honor the one God, there are many paths to that Divine Love. For Rev. Curt, the simple fundamental truth of the Christian faith for the 21st century is found in Micah 6:8, “What does the Lord require of you? To serve justice, love mercy and walk humbly with your God.”