A Metamorphosis In Costa Rica 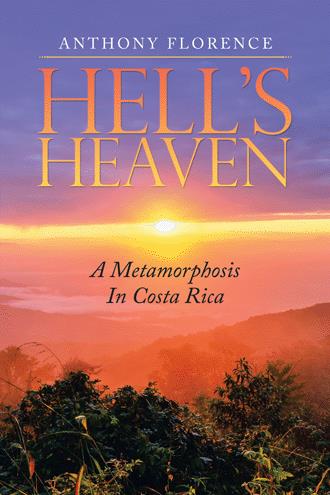 The mountains of Costa Rica fell into a deep sleep at six PM every day. If the locals heard the rumbling of the trucks driving past their simple homes, they would have thought it was a dream. When they laid their heads back down on their pillows, they would comfort themselves by knowing convoys of trucks didn’t traverse the mountains at tres en la madrugada (three o’clock in the morning). My black GM led the caravan to Valle Azul. I had hired ten men, including some of my faithful waiters, to help me take what was mine from the premises. I’d also hired my lawyer to come with us and bring every receipt associated with my purchases that had upgraded Valle Azul. I did not appreciate Herman’s disrespect of me or our business relationship. I’d heard, and now it was confirmed, that he was a snake. It was my turn. Project “Send Valle Azul Back to the Dark Ages” began. The “Grinch Who Stole Christmas” would have been very impressed. We took every plate, utensil, bar stool, food morsel, and half the bar. By the time Herman showed up at five o’clock AM he saw something that looked quite like his old restaurant. After Herman saw what had transpired, he definitely lost his “Pura Vida” composure. “Take my things off those trucks!” he screamed. He was actually looking me in the eye and ordering me to take my things off of the trucks. “My lawyer is over there,” I responded with enjoyable confidence, “Costa Rica law says that it is legal for me to take what I bought for the restaurant. Do you want to see the receipts?” Herman looked around, unable to fathom that this gringo had covered all of his bases, including taking the belongings he’d wanted to screw me out of. He looked at me with pure anger. “Take my things off of those trucks!” he repeated. Herman threatened me, “If you want to fuck with me, I’ll take the fucking windows that I put in.” Herman’s arrogant demands for me to give him my inventory woke up the ghetto in me. I started to pull out the windows until, out of the corner of my eye, I saw Hermon grab two of my full bottles of wine and walk towards me with the bottles lifted above his head. I’d had enough. I pulled my gun out of my pocket and pointed it right at Herman. Some of the workers froze; the others dove under tables. I briefly looked at my lawyer, who contributed a nervous laughter. The gun was no more than six inches from Herman’s head. I spoke with the confidence of a man who was tired of being fucked: “What are you going to do? Your choice!” I was not going to let this man hurt me in business or in life. I held the gun straight to his head. Maybe it was the sleep deprivation, the stress of running a business while constantly being cheated by those I’d thought I could trust, or being cheated no less in my marriage. Maybe it was the feeling of insecurity that came with the thought that Joanna's father had been right about the lack in my entrepreneurship skills. Everything that had built up my frustration over the years pushed me to make my final decision; if Herman took one more step toward me to hit me with those bottles, I was going to kill him. The trucks drove straight to the storage units I had previously reserved. Joanna woke up to the news that the Valle Azul era had come to an end; she heard many versions of the story, but was never sure what really happened. Roger became a lot more cautious about his relationship with Joanna from then on. It was now time for Joanna and I to heal our relationship and pretend to enjoy our time together in the unpredictable and uncensored “Pura Vida” atmosphere of Costa Rica. Joanna and I felt we had a handle on life in Costa Rica after three years of doing business in what her family in the States considered to be a wild jungle. We continued to walk through our journey ass-backwards while trying to retain what we had left mentally and physically.

My life started in the ghetto of Roxbury, Massachusetts, a mile away from the drug-infested neighborhood where Bobby Brown came up. My father left our family when I was one. My mother had five children, one of whom died in early childhood. My mother struggled every day to feed us—I’m sure many times not feeding herself. A lot of our food and Christmas toys came from the government. Despite all her struggles, my mother did everything in her power to give me an academic edge. After I won the Boston Mayor’s Award for academics when I graduated from the sixth grade, my mother colluded with a white family to put me on an academic and cultural Rocketship. This was the point where I had to begin to navigate my path mostly on my own, as my mother’s knowledge and experience regarding my new world was very limited. All I could do was to try to hold on. I attended the University of Massachusetts and a computer electronics class at Benjamin Franklin Institute, where IBM hired me. After 20 years in the world of high technology, I became disillusioned with corporate life and moved with my family to Costa Rica, where I had the pleasure of meeting a man named Dr. Deepak Chopra, who contacted me and invited my wife and I to join him at his private lunch with the presidential candidate of Costa Rica during his one-day conference. How? People always ask me: “Why, after 17 years, did you return from the paradise of Costa Rica to the U.S.?” This is my true story.

Anthony grew up imagining he would never scale his ghetto walls. After he won an academic award in the sixth grade, his mother and a white family sent him on a life-changing journey of no return—so they thought. Join Anthony as he navigates the culture shock from the ghetto of Roxbury, Massachusetts, to a private boarding school in Connecticut and the New York corporate world, before finally embarking on the adventure he thought would be his paradise dream in Central America.