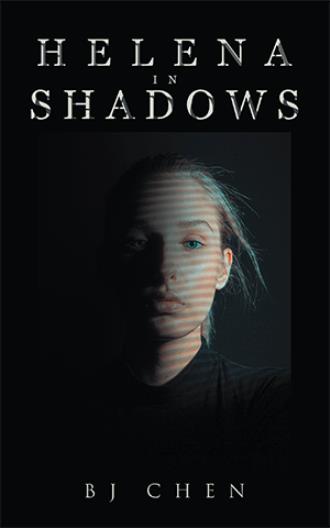 They were driving along the N6 where the highway runs close to the ocean. It had been a very pleasant day and they were arguing companionably over whether they should look for a guest house to stay the night or just stop to eat. It would be a long drive back to their hotel in Cascais. Maria yawned and Balke laughed. He said, ‘Okay. A break of some kind is essential.’ He yawned as well and asked, ‘Why is yawning so catching?’ Maria smiled and said, 'I don't think anyone knows that. Let's stop for a good meal and find a place to relax for the night.' Balke, turning on the car's headlights as he rounded a curve in the road, was the first to see the body. The figure lay on the ground half-hidden by a clump of bushes. He pulled over, stopped the car, and ran over to take a closer look. Maria followed close behind him. At first, they thought the body was that of a grown woman. Upon closer inspection, however, they saw that it was an older child. The shoes, socks and skirt tangled about her legs looked like those of a schoolgirl. Balke, switched on his flashlight, focused the beam of light on the crumpled figure and let out a despairing cry as his other hand flew to cover his mouth. The child’s fair hair, and the right side of her face were dark with blood. Through the slick of red, he could see a gash beginning on the right side of her fore head from the hairline and extending back towards her ear. The skin hung slack as though it had been peeled from the bone. Her hair flared out around her like a red and white halo. What he could see of her face was shocking. Two teeth showed out of the side of her mouth which was a mess of blood and white bits of bone. She had a tomahawk in her half-open hand, and it too was splattered with blood. Splodges of it almost obliterated the thin, torn shirt splayed open over her ribs. Her lower body was exposed, her torn undergarment thrown carelessly aside where it lay nearby. A great heavy dog crouched in the shadow at her side, gently licking her leg. It growled softly.

It is 2008 when two innocent bystanders stumble onto a gruesome scene. A girl lies in the road, barely recognizable but alive. The dead body of a man rests a short distance away. The girl’s beloved dog, Pepe, is injured but devotedly guarding her. After Maria and Balke call for help, the girl is transported to the hospital where her identity remains a mystery. Raja Abdul Aziz is not a policeman, but instead, a man blessed with a mind that never forgets anything he sees or hears. When he is approached by two policemen who ask for his help solving the shocking case, he unwittingly unravels the story of Helena, a spoiled, thirteen-year-old heiress who first killed the kidnapper who violently attacked her and her dog, murdered his partner, and then was raised in secret by her rescuers to hide her identity. As more information rises to the surface, Aziz’s probe unfortunately leads to tragic circumstances as he unwittingly seals Helena’s doom. In this mysterious tale, a savant detective called upon to investigate a mass murder uncovers a surprising chain of events that ultimately decides a young woman’s fate.

BJ Chen is a sculptor and glass artist who is now enjoying a newfound delight in writing fiction. After living for many years in the diverse communities of Southeast Asia, she finds racial diversity both enchanting and beautiful. Chen now lives in Melbourne, Australia. This is her second book.