by B J Chen 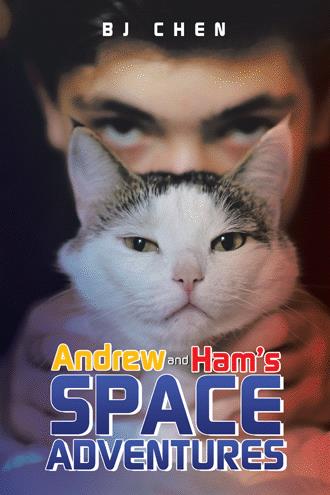 He lay where he had fallen for a while, and then he rolled over and crawled onto a grassy patch on his right. He was winded, his backside hurt, and his left leg had a bad graze from knee to ankle. His palms felt as if they were on fire. He sniffed back the tears that threatened and looked at his bike. No way could he ride that now. The front wheel was twisted, and the tyre was about to come off. He looked back along the track to see what he had hit, but a slight bend and the trees and bushes made it hard to see anything. Still fighting tears, he got himself up onto his feet. He was dizzy and hurt all over, and he could still feel the soft thud and hear the awful screech that had occurred just before his bicycle hit the stone wall. He was terribly afraid of what he would find around the bend. Hobbling slowly back, he held a bloodied handkerchief between his palms. Half sobbing with fear and shock, he turned the corner and gulped. Lying beside the track with its feet in the air was either a very, very large cat or a medium-sized Lynx. Andrew backed off fearfully as the animal rolled onto its side. Its golden eyes looked coldly into his. He stopped backing away and stood stock still, too scared even to breathe. It seemed to him that he had stood there forever when, from somewhere, a voice said, “Why don’t you trot over to that seat behind those fir trees and sit down before you fall down?” Andrew stood as still as a statue but took a deep breath. “Go ahead, do. I will be with you in a minute,” said the voice. Andrew risked a quick look around but could not see anyone. When he looked back, the catlike thing had closed its eyes. He was trembling so much that he knew he would fall if he didn’t move, so he wobbled his way to the trees in front of him while keeping his eyes on the animal on the track. He lost sight of it when he had to go behind a screen of trees to the seat. He was crying now in earnest, shaking and shuddering; he could not stop himself and wanted nothing more than his mum and dad and to be out of this place and away from the thing he had run into. “Look,” said the voice, “I can understand you being upset, but after all, you only fell off the bicycle. On the other hand, I was well and truly knocked out. And I had a couple of cracked ribs to redact. Still have a few bruises, if I am not mistaken. So I think I have more reason than you to be upset, but I’m not making such a fuss, now am I?” Redact? Oh, he means fix. Andrew looked up, his tears forgotten in another rush of fear as the cat thing strolled slowly around the seat and sat about a metre away. * * * He saw the earthling child and his brain almost shrivelled. Something was wrong! This could not be the one the High Mother had said he must find. His soul shaking with disappointment, he cried. “Oh, light! What now?” The child was hurt, and he knew he would have to help it. This is all wrong, he thought in anguish. He called out silently, Oh! Mother, I am sorry. So very sorry. I have failed! Calm, calm, calm, the High Mother’s voice said in his mind. Your coordinates have worked. The timing was perfect. This is the correct one. Ask it for a name. But Mother, it is a child! How could it help us? The other one I have found is also a child. Together they will help us when we arrive. Identify this one. “What are you called?” the voice asked. “Andrew. Andrew Cheyne,” the boy answered automatically. He stared at the giant cat in terror. His alien heart soared, and even the Mother’s voice trembled. “Ondochyn!” she whispered. “He is in the Sagas!” The awe is her voice was clear in his mind. “Calm him. Heal his hurts. I’ll call you, and you can bring him safely to us when we arrive.” “How can it be? Mother, I have no memory of this!” Her voice came to ease his mind. “That is because you have not yet accomplished what you must. You shall, of course. There are seven days before the hatching. I am so happy.” “Will it come without me forcing it to?” he asked doubtfully. “He is a human, not an it—and he will come,” she said positively. “You will make sure he does. Talk to him; make friends with him.” *** “Calm down, Ondochyn,” the cat thing said gently. “I am not as ugly as all that, surely?” Andrew’s mouth opened and closed, but no sound came out. He shut his eyes tight and thought, I am hurt, and I am dreaming that a big cat is talking to me and he’s saying my name wrong. I was riding down the hill and trying to better my time, and then there was a bump and a scream or screech and— “That was me. And I did not screech,” the voice in his head interrupted testily. “I may have cried out a little. After all, it’s not every day a mad human child on a bicycle runs one down—it was something of a surprise. One is bound to make some sort of sound under those circumstances, hmm?” The cat tilted its head to one side and narrowed its eyes. This is not real, Andrew thought. It’s too crazy. My leg hurts awfully and so does my hand. And this cat seems to be talking inside my head.

This work of ecofiction follows the adventures of Andrew who teams up with Ham, an alien from a vastly advanced civilization who assumes the guise of a housecat. They first meet when Ham makes a detour to Earth to enlist Andrew's help to rid his Mothership of a dangerous creature that has hitchhiked on board. This mission requires Andrew to travel back to ancient Egypt with Ham. As a practice run, the pair travel forward in time to 2099 only to find that Earth is imperilled by plastic pollution. Andrew realises that before he can assist Ham and the Mother apprehend the creature, he needs their help to save his own planet Earth from a disaster of mankind’s own making.