The transformitive journey of Divine play 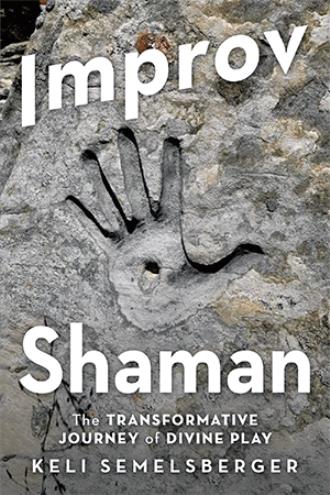 Chapter 7 – Being in the moment Being in the moment – this also tackles letting go of judgment. There are 4 things that keep you from being in the moment: judging yourself, judging others, being in the past, and being in the future. If you are judging yourself, thinking you are not good enough, then you are not at all in the moment. If you are focused on taking care of others, on being of service to the greater good, that self judgement falls away. The ego dissolves. Like anything you do where you are actively involved, you are not thinking of you. You are doing. You get out of that critical head space and engage fully in what you are doing. If you were helping a little old lady who fell, you would not be thinking how fat your ass is while doing it. We are all at our best when we are in service to others. Part of why improv works so well is where our focus is. Our focus is on others, on listening to what is going on, to saying yes. You cannot judge yourself while doing this, nor can you judge yourself and be fully emotionally, physically, and intellectually present. If you are judging yourself at work, you are not bringing your A game. We hold back when in judgment of self. And if you go back to the concept of there is no failure, only lessons, then you can start to pull that judgment off you. You don’t master anything you do on the first try. Anything you are good at you got there by sucking a lot at first, a little less later, and you kept doing that thing until you got good at it. Most things we master we love so much it was worth all the nicks and scrapes in order to get there. Don’t judge the nicks and scrapes; they are battle wounds of a battle well won. Even relationships and jobs that didn’t work out were more fine tuning of the mastery of the craft of being you. No one has ever been you before. There is no one being you, running parallel to you, showing you that they are doing you better than you are. The only person that is judging you really, is you. Your friends and family don’t really care what you are doing; they care HOW you are doing. If not, they are not really on board with you. Worrying about what others think of you is a losing battle. When people meet you or me, all they are doing is sizing themselves up against us. Are we bigger, stronger, smarter, cuter? People are so self-consumed that no matter what judgment they make, it’s about them. They want to know how they rate in comparison to whatever abstract judgment they make about you. It has no merit on your actual value or the value of the interaction or what becomes of the interaction. That’s just what people do. This was a great realization for me. I realized that no matter what I do, say, how I look/dress, that people would make their own assumption of who I was, so they could somehow mirror how they rate. I am free to dress, look, act & be in the world in a way that works for me, which changes, because we change. People will still assess me in comparison to them, but I’m being authentic. I’d rather someone like or dislike me based on who I really am. Then we can really be friends if they like me, if not, someone not good for me got screened out instantly. Yeah! There is that little asshole voice in all of us that tells us we are not good enough. I’ve taken that voice to the mat several times, and still do. The thing is, it’s filtering too. It got filters put in a long time ago, when we made assumptions or were told certain unpleasant things about ourselves. For me it was that I was not part of the family, I did not belong, I was not valued, and was worthy of abuse. The only time I was at all valued, or at least not verbally abused much, was when I was completing tasks. So, I became a task master. I did it for everyone. I did so much that I became very controlling about my doing. If others were not doing too, they were wrong. I was not good unless I was doing. It was exhausting AND I became resentful of those I did things for. Even if they didn’t ask me, I would jump in, handle everything, and expect some undying loyalty for my efforts. In effect, what I did was steal other people’s experience of handling their own shit. I infantilized a lot of my family by being so controlling and having a savior complex. Then I got to be a martyr and a victim because, in my book, nobody did for me like I did for them. Well I never showed I needed help, they didn’t know I did, and they didn’t know how I never let them learn for themselves. A bad cycle. My filter of only being valuable when doing created a pattern that repeated itself in all aspects of my life. I couldn’t change the pattern of behavior until I changed the filter. I had to go back and figure out, when did I decide that I was not worthy without doing? It’s amazing the meaning we will extrapolate from events. Even as adults we make up things about events and hold others accountable for the meaning that we placed on things.

Improv comedy is known as a challenging comedic performance art, which Keli has been teaching, directing and performing for over a quarter of a century. As Keli expanded her world view by traveling to sacred places and training with master spiritual teachers, she came to understand that improv was not just her art and her job, it was her medicine. Not only was it her practice to sooth her own soul, but it was the way in which she, has been able to be a "hollow bone" and let the healing energy of Divine play move through her and transform the lives of her students. This book is her love letter to improv, and to all the brave souls willing to live in the moment, to accept themselves and others as they are, and to co create with the world by saying YES, and.....

Keli has spent the last 26 years teaching, directing and performing live improv comedy. She began her improv career learning from the masters in Chicago, and brought the art form to Charlotte in 2001, when she founded the award-winning Charlotte Comedy Theater. She has traveled extensively in her quest to learn different culture’s shamanistic healing modalities as a Reiki Master, energy medicine, & metaphysical science practitioner. Keli is also a committed human rights activist, grandmother, Army veteran, white water raft guide and nature lover. She is a founding member, and on the Board of Directors of Charlotte’s Visual and Performing Arts Center. She can usually be found on stage at CCT or doing ceremony near water in some obscure and mysterious location.