Secrets of a Former Mayor

What really happens behind the Chamber doors! 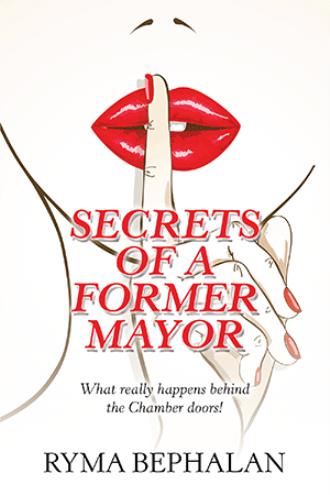 Donald was very much a “look at me” type of guy. Not that he was anything to look at! He stands about 5 foot 6 inches and weighs close to 120kgs, he could kill Councillor Derwent if he accidentally sat on him! He has lost all his hair and has massive bags under his eyes. Donald always misses council meetings, but makes sure he attends every third one, so he can't be kicked off Council. The cheeky bastard still runs for re-election on Council and people believe his bullshit and vote for him. He is even considering running for Federal politics. This man is clearly delusional. Oh! fun fact, this same councillor publicly pulled his pants down and poked his penis into a Corona beer bottle at the local soccer club, in front of a crowd of men, to prove how small his penis is!! Yep, there is really top-notch talent on Council!! Donald would call me asking for Crayfish because he had a hot date coming over for dinner. My husband Mike loved cray fishing and would often bag out his daily catch limit. Being Italian, our family also made its own wine. So, Mike would generously give Donald a couple of crayfish and a bottle of red to enjoy with his date. This happened on a regular basis, Donald never had the same woman over twice. I think we all know the reason for this! My husband Mike never wanted me to run for the Mayoral position, but he always supported my decision. He was getting tired of being called the Mayor’s Handbag, Mrs Mayor and the First Man. One name he didn’t mind was being called the Italian Stallion, because he was servicing the Mayor! The first year in office, Mike attended nearly every event with me, but as his own company was getting busier and busier, he started to pull back from attending, as he put it, the opening of an envelope, and would only attend a few selected, important functions. My friend Tracy was very keen to be in the limelight and jumped at the opportunity to attend as my plus one. The first event she came to, she picked up Mike’s name badge off the table and placed it on her blouse. She then proceeded to tell everyone she was 'fill-in-Mike' for the night. It was funny the first time and then after a few events it wore very thin, very quickly. Tracy liked to drink and wasn't a pleasant drunk. She would become very flirty with anyone that didn't run away fast enough. At one event I saw her at the corner of my eye flirting with Paul. I thought poor Paul, you really have no idea if you are even considering hooking up with Tracy. Tracy is married with a young girl. She is a heavy smoker and drinker and loves to brag about her money. She is a lot of fun to go out with because you never know what crazy thing she is going to get up to. As it worked out, she wasn't the appropriate girlfriend to bring along to council events. Sometimes we learn the hard way. Some people in life are just born bad! As children, you would say they have spirit, as teenagers they become uncontrollable, and as adults, you are cautious around them. Paul Aldman is one such man. A truly heinous individual who preys on the weak. He has destroyed women through multiple marriages and risen through the ranks, at the city, to become the CEO. A position he will kill to protect. He virtually controls the City that he resides in. The Mayor is not the boss of this city, but the CEO and all his under handed ways, he goes about to ensure total control. Paul will manipulate everyone from staff, tenders, contracts, even to the elected members on council. I knew nothing of this man prior to being elected onto Council. As a Councillor he came across as a weak man, almost shy at the council briefings. One who didn’t like any form of conflict. However, I never took him for being the piece of crap, I got to know, once elected as Mayor. You can only imagine my surprise when I became the Mayor and got to know this individual better. He would rarely look at me when speaking. At first, I thought he was shy, but then realised he detested me and refused to give me respect. Any man who looks over your shoulder when speaking or refuses to look up, in my opinion, is a pathetic person.