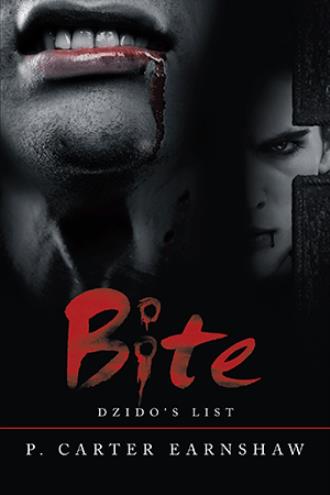 May 6, 1933 Berlin Zur Katzenmutter (The Mother Cat) Gay Bar 6:30 p.m. He swung his small leg over the bar stool, and using the bar top as leverage, lifted himself up and sat next to his friend. “It’s happening,” Doctor Huey Chang, a German Bio-engineer, said in a low voice to the bearded man in his fifties. “Rohm had no part in it, I assure you,” Doctor Magnus Hirschfeld replied shaking his head in disgust. “He is the head of the SA,” Doctor Chang disputed. “He could have stopped it.” “There’s too much infighting in the Nazi hierarchy. It would be suicide for him to oppose fascist Ideologues. You don’t think Hitler already knows that Ernst Rohm is a homosexual? The only thing keeping him alive is the fact that he and Hitler are dear friends.” Doctor Hirschfeld’s eyes began to fill with tears. “Did the SA burn all the books?” Doctor Chang took note of his friend’s despondent emotions. “I’m sorry Magnus, all twelve-thousand. There’s something else you should be aware of.” Doctor Hirschfeld leaned forward, cupping his face in the palms of his hands, “What now?” “The SA tore down the “Institute of Sexual Science” sign. It now has a Nazi flag flying over the doors.” “My life’s work destroyed in one day. I cannot go back.” Doctor Chang put his hand on his friend’s back for support. “This place would be burned to the ground as well if not for the fact that many of Hitler’s officers pick up male prostitutes in this joint. You know this.” “I’ve packed my bags,” Doctor Hirschfeld said stoically. “I leave by train for Paris in three hours. I have a speaking engagement there. The University is paying my fare. I’m saying goodbye dear friend. I won’t be returning to Germany. You should come with me.” “It would be impossible.” Doctor Hirschfeld placed his hand on Chang’s shoulder, “There is a rumor that the fascists plan on passing page 175 into German law making it a crime to be a homosexual. Doctor if this passes they will arrest you and you could be sent to Neuengamme concentration camp.” Doctor Chang hung his head low, “Don’t berate me, but I have accepted a post with Doctor Josef Mengele.” Doctor Hirschfeld threw both arms into the air with disgust. “Why? It is common knowledge that he is using prisoners at Neuengamme for medical experiments against their will.” “Mengele has offered to finance my Sulfanilamide Rejuvenation Project,” Doctor Chang muttered with palpable shame. “I know right now you think very ill of me. Perhaps that I have sold out to the Nazis. If there was another way don’t you think I would have already completed my research?” “But why use dirty money?” Doctor Hirschfeld cautioned. “Come with me and approach the French government.” “You don’t think I already have?” “And?” “The French Consulate wrote a very repugnant letter chastising me for playing God. That it was immoral what I wanted to do.” Doctor Chang paused, “Besides, it’s possible that I can help save lives.” “Doctor Chang, good evening,” the young muscular and shirtless bartender approached Doctor Chang. “What are we drinking tonight?” “Vodka, straight up with a twist,” Doctor Chang barked ostentatiously. “And Rocky, make it a double.” Rocky nodded and turned to the rear of the bar to make the Doctor’s libation. “God, I wish I was the mirror in his bathroom,” Doctor Hirschfeld chortled. He pushed his empty glass to the opposite edge of the bar. “I’ve got to run. You be cautious my friend. I will miss you.” He stood and embraced Doctor Chang. “Likewise, Magnus. Please write.” “I will, but I will leave the French Consulate as the return address,” He put on his Fedora hat and laid his coat over his arm. “If it gets dangerous please come to France.” “Thank you, Magnus. Have a safe journey.” Doctor Chang turned away with a distant stare. He knew it was more than likely he would never see this popular scientist again. “That will be one Reich mark Doctor Chang,” Rocky stipulated, holding his Vodka for collateral. 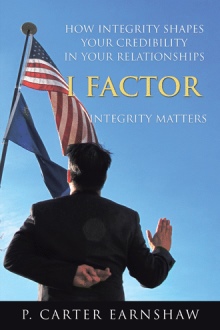 The tale of two worlds, good and evil, feared and loved, mortal and immortal. Doctor Huey Chang’s research has Adolph Hitler anxious to run trials on prisoners at the Auschwitz Concentration camp. Generously funded by Nazi financiers, the medical break-through promises to save wounded soldiers who otherwise succumb to gangrene and other infections. Metamorphosed victims discover extraordinary strength and immortality. However, the benefits of Chang’s formula, comes with a human price, a blood-letting. Fearing his formula fall into the hands of the Fascists, Doctor Chang, his Vampires, and the Krupp funds, disappear. San Francisco 1980’s. After the death of their parents, Gay brothers, Joey and Dylan Sanders find they are unable to manage a failing bed and breakfast and convert it into an AIDS Hospice to qualify for government funding. In search of an estate for the Creed, Doctor Huey Chang is both enamored by the Hospice’s regal architecture and suited smoke screen from their enemies. Dylan Sanders, also a AIDS patient, convinces his brother to sale the hospice to Doctor Chang. Saved from their imminent mortality by Chang and his angels of mercy, the grateful survivors join the vampire Creed. The vigilantes take vengeance on the forces of their oppression, fascism, and a war breaks out on the streets of San Francisco. Paranormal guardians, mired by inconvenient romances, challenged by KKK forces, and hunted by the German Firm that financed Doctor Chang’s experiment, find their fate in the hands of one lawman who is torn between low crime rates and the integrity of the law.

P. Carter Earnshaw, author of philosophy, children's stories, and science fiction, studied journalism and political science at the University of Utah. Carter pursued his passion as a Radio News Broadcaster and a Writer. He grew up in Woods Cross, Utah, a predominantly Mormon farming community. Following a two year Mormon mission in Queensland, Australia, Carter came to terms with his homosexuality and moved to Reno, Nevada, where he met his soul mate and started a new life. He continued to write, but that too was marginalized by a succcessful career in Transit Management. After retiring, he devoted his time to publishing his first book, "The I-Factor," the the seven beatitudes of Integrity. Carter's travels around the world have inspired him to address the social cancer of Fascism in his historical fiction Work, Bite. He finds his solace in Nature where he discovered that the metaphysical is abundant as the tangible beauty of it.